Playing the classic game of Memory is a simple way to build kids’ concentration, attention, sportsmanship and (you guessed it!) memory. Just like our sight word game, this free Very Hungry Caterpillar Memory Game is an awesome follow up to the beloved children’s story.

It’s guaranteed entertainment during quiet time, family game night… any time!  And to continue the fun activities, check out our Ultimate Preschool Activity Pack in our shop! 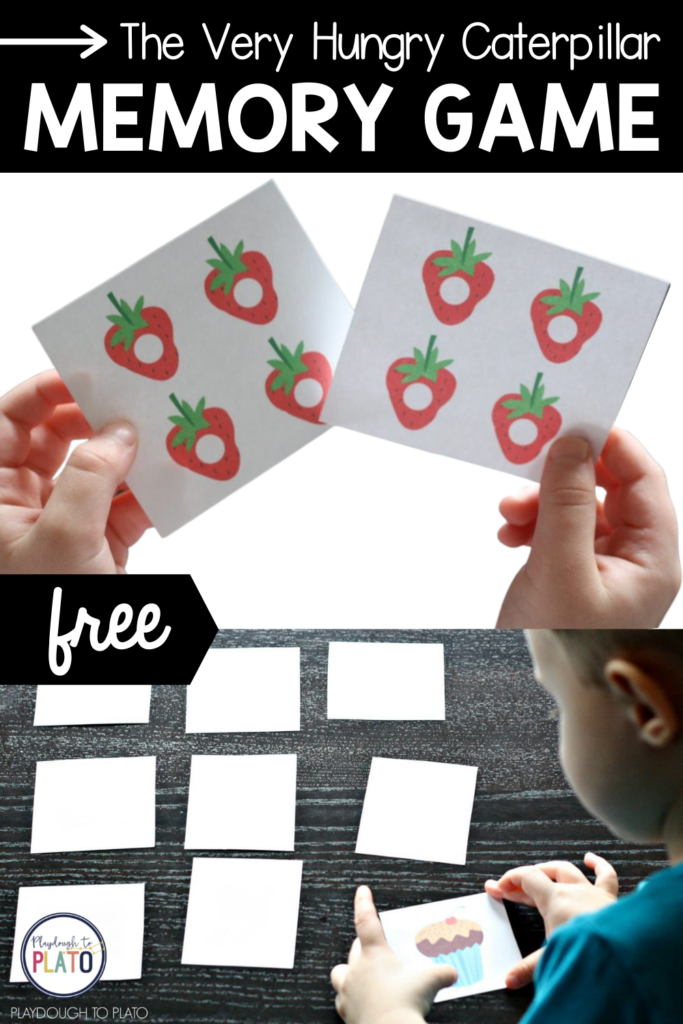 To prep, I printed two copies of the free Very Hungry Caterpillar Memory Game (here). Printing the cards on cardstock gave them some extra durability and made the colors really pop.

Then, I cut apart the cards and picked six pairs to use in round one. (Six pairs was a manageable number for Middle Brother (age 3). If you’re playing with older kids, just add more cards to the mix to make it more challenging.)

I gave the pile a good shuffle and then my boys helped me spread the cards out face down on our dining room table.

In our family, the youngest player is Player One, so Middle Brother immediately flipped over two cards: a cupcake and a group of four strawberries. No match!  So, he turned the cards back over in the same spot where he found them. 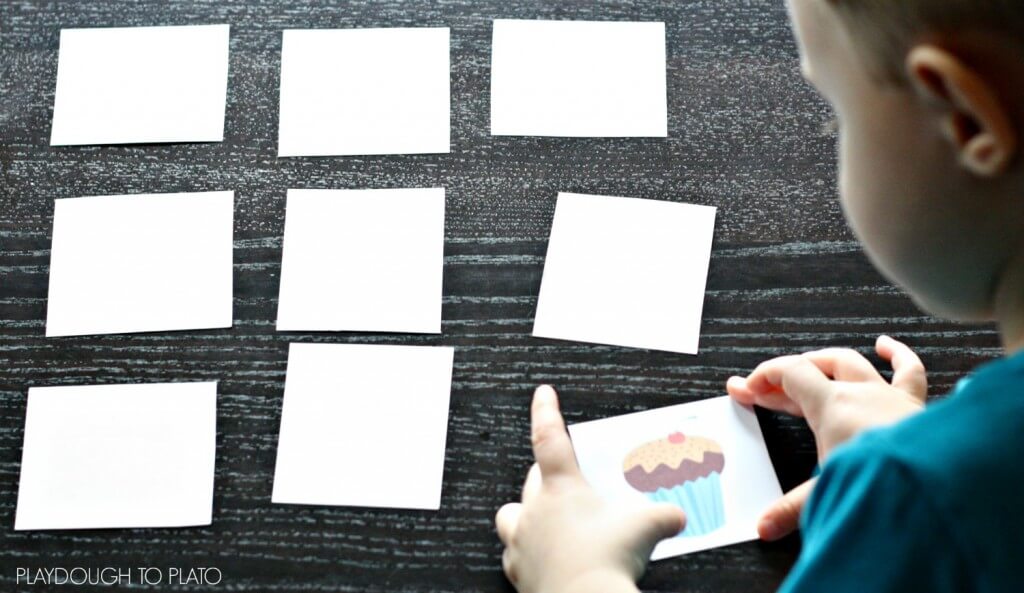 Big Brother was next. Luck was on his side and the first card he turned was the other strawberry card. With a HUGE grin on his face, he confidently flipped over the strawberry card that Middle Brother revealed just moments before. A match! 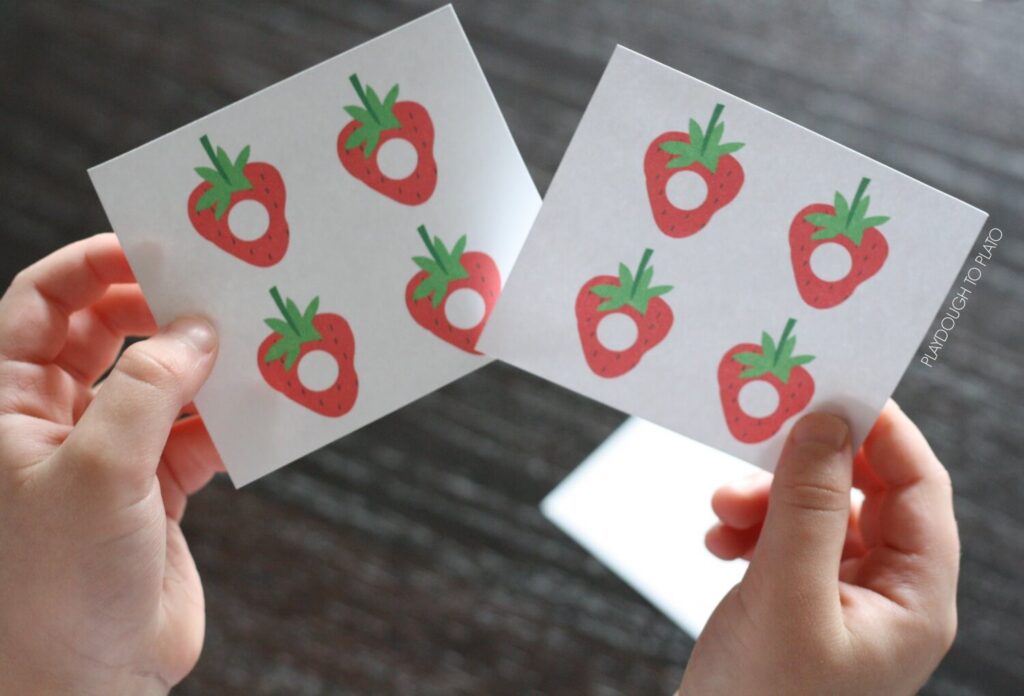 He placed the pair in his keep pile and turned over two new cards.

Play continued until all of the matches were found. The boys each counted their pairs and Big Brother, who had the most, was declared the winner.

Then, the boys eagerly picked six new pairs to use in round two.

As a big bonus of this game, the cards can also be used as Very Hungry Caterpillar story sequencing cards – a great way to build kids’ reading comprehension and memory.

To play, the boys began retelling the story from the beginning, sliding the matching cards into place as they wove from one event to the next. 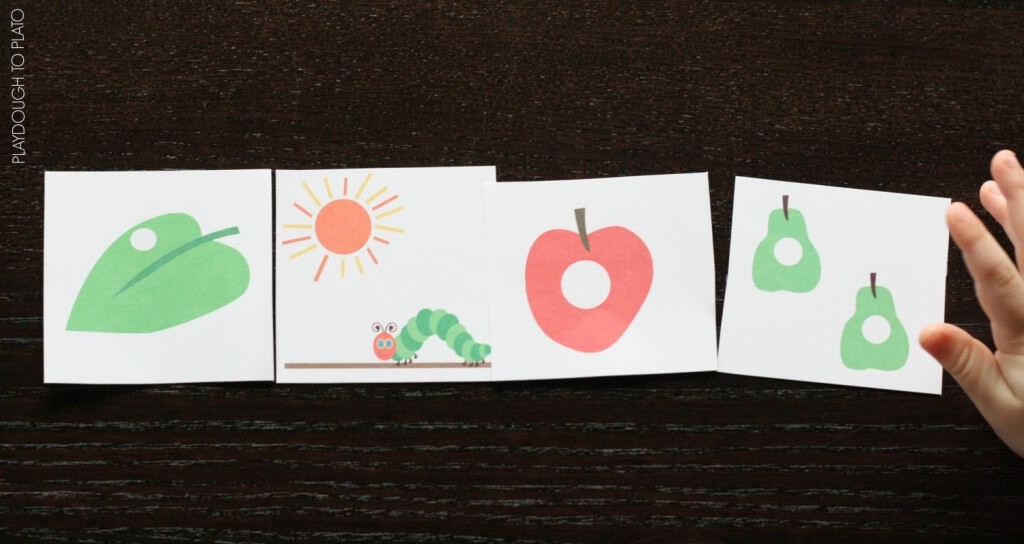 “In the light of the moon, a little egg lay on a leaf.

One Sunday morning, the warm sun came up and POP out of the egg came a tiny and very hungry caterpillar…” 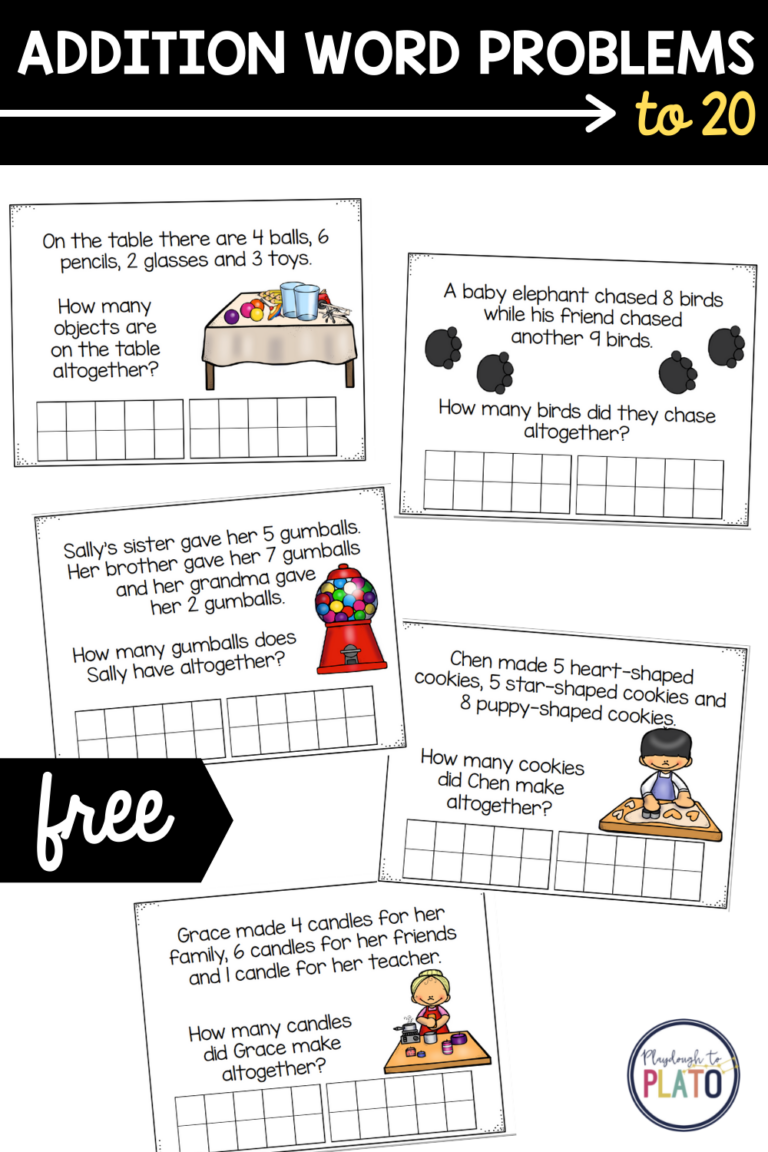 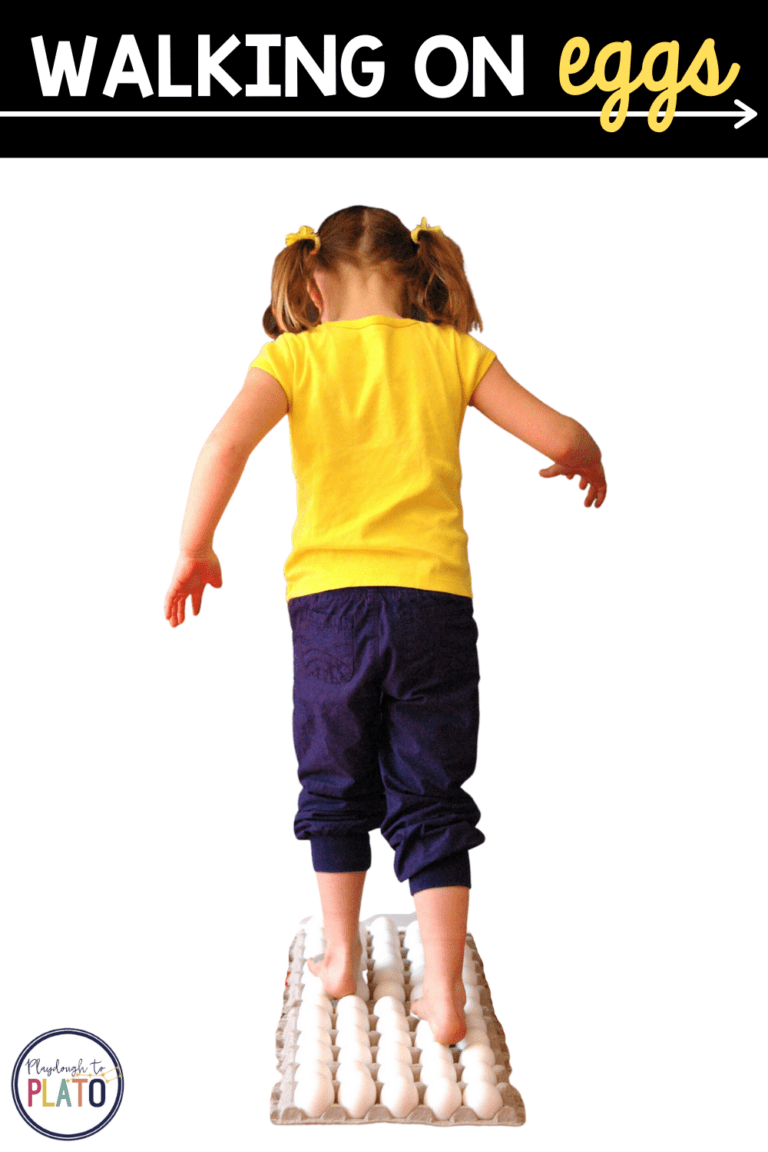 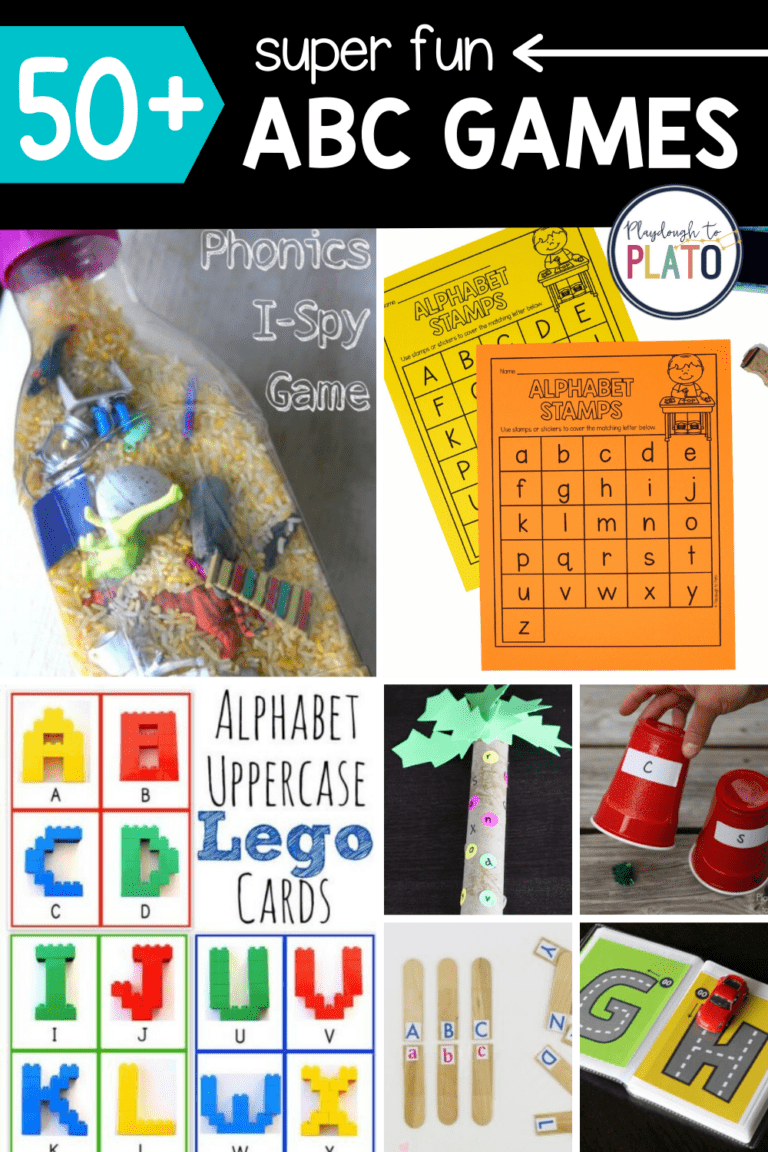 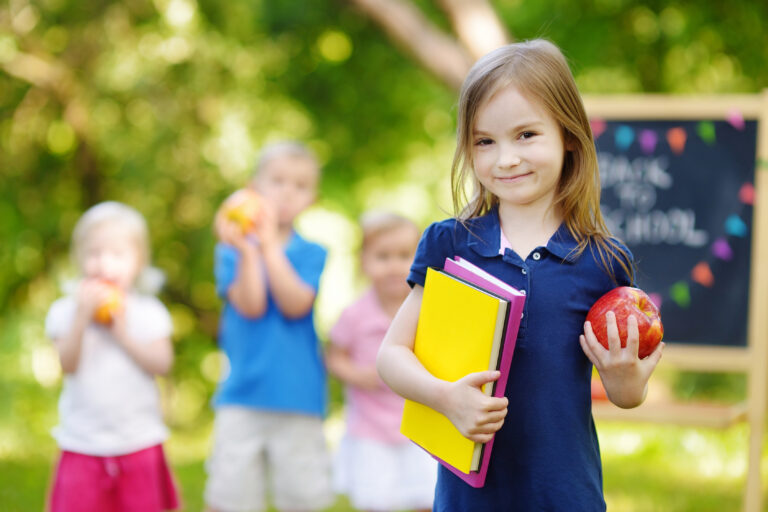 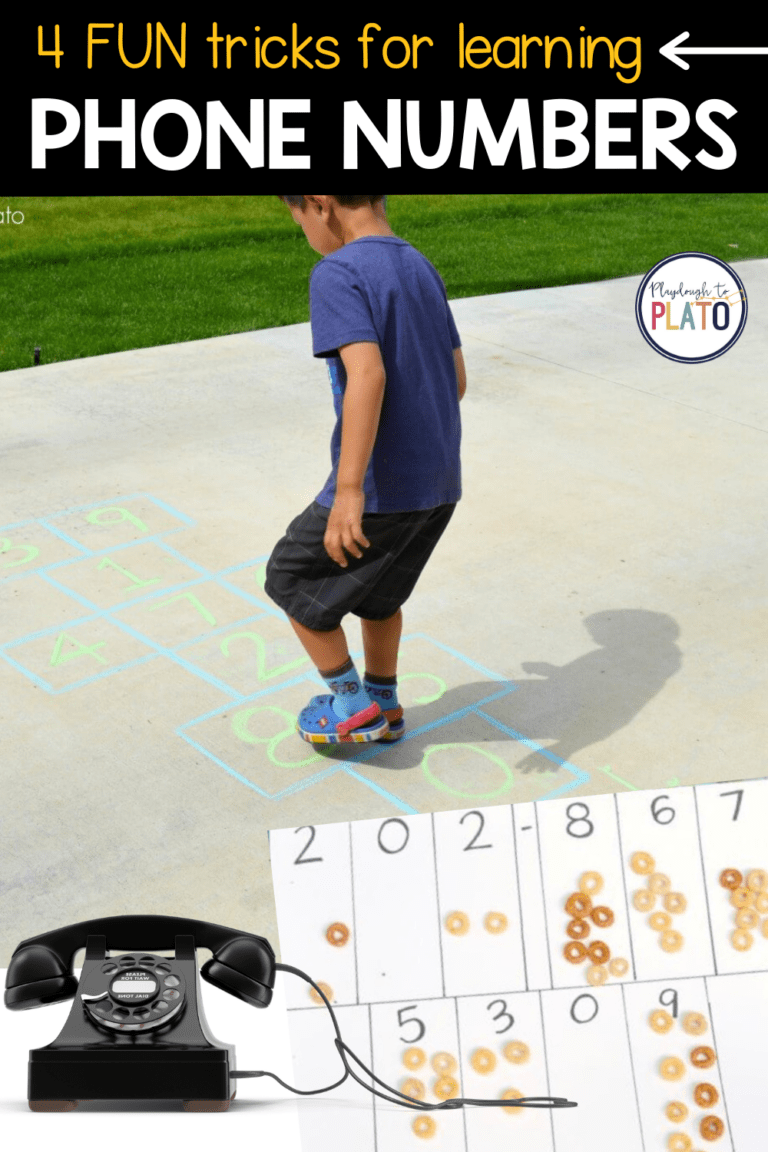 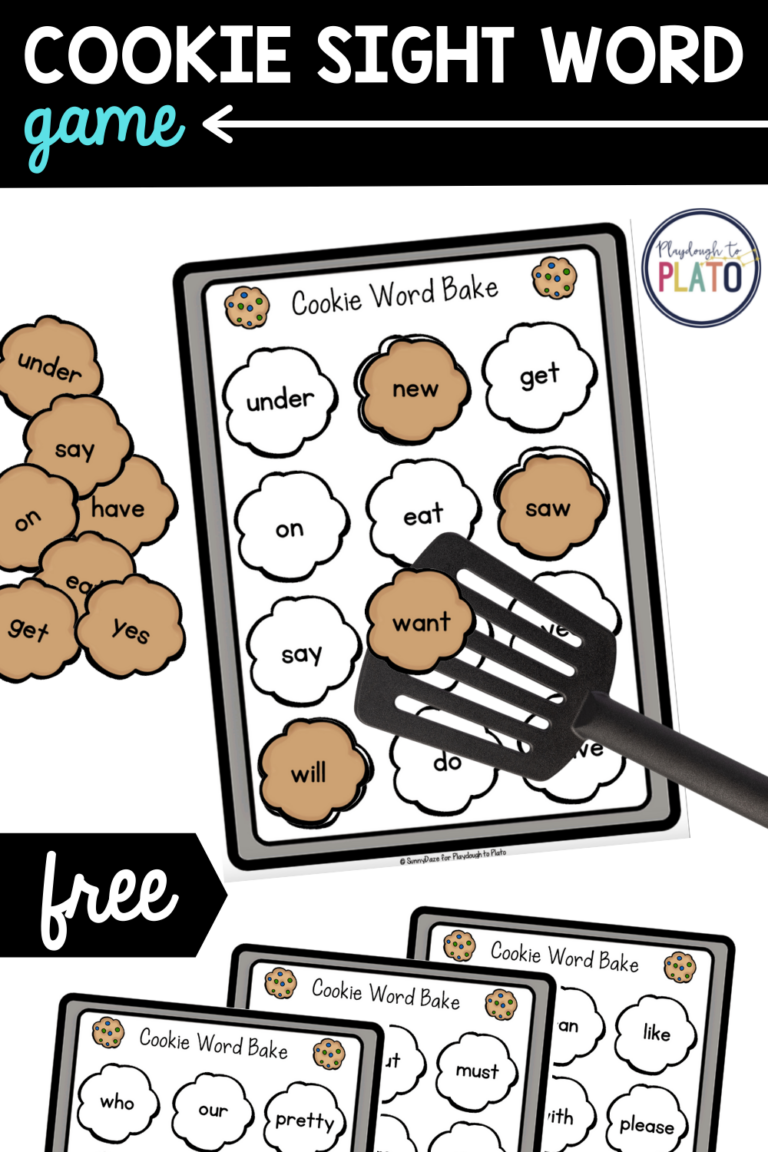