Learning letter sounds is no easy task, but there are few things more exciting than when kids start down the path of learning to read. Letters and sounds are a huge part of that journey so we love playing fun games to help us practice!  These beginning sound match cards are the perfect addition to your summer workshops or centers!

They are sure to love putting together the matches as they work on letter recognition and sounds in  fun way.  If you’re ready for more letter fun, check out our Ultimate Preschool Activity Pack in our shop! 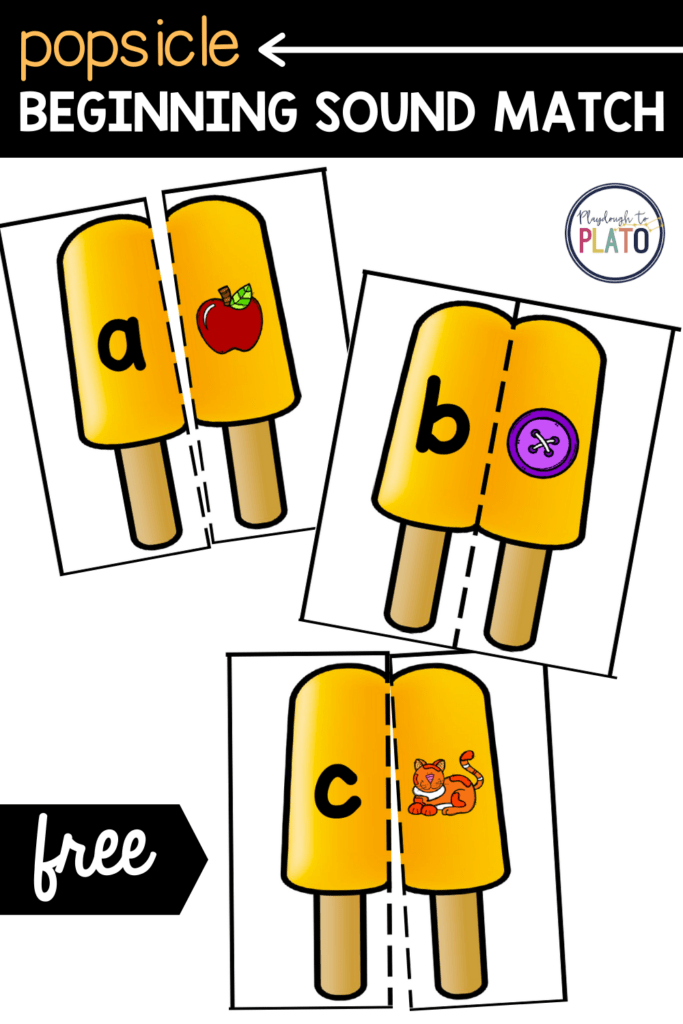 Like many of our printable alphabet activities, prepping this game was fairly quick and simple, which is a huge plus in my book!

Also, after I had it prepped and ready, I simply saved it and to use over and over again. Prep once, enjoy for years to come.

I first printed out all of the alphabet popsicles from a-z and laminated them so that they would stay sturdy – after all, I have a whole group of kindergarteners who will be playing with them!

Then, I cut each popsicle in half on the dotted black line to separate the letter from the picture, forming two halves for each one. 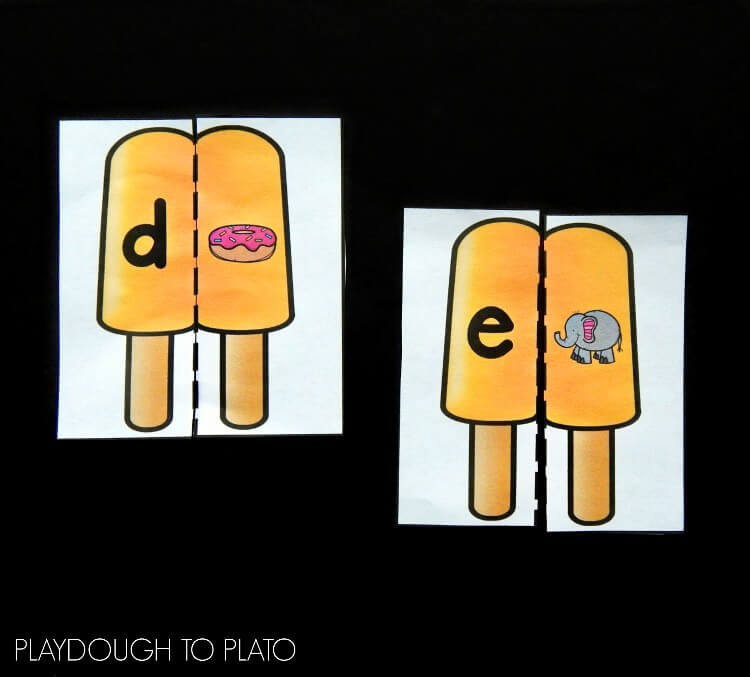 Now we were ready to play!

Once the puzzles were cut in half, there were 52 separate pieces. That could be really overwhelming for some kids to try to piece together all 26 letters at once, so I recommend trying a few letters at a time and adding more in as your learners feel more confident.

I kicked it off with a small group of students focusing on the first half of the alphabet.

We are getting pretty good at our letter names, but sounds are still tricking us sometimes, so this was the perfect activity to help us out.

We first lined up the alphabet halves of the popsicles face up on one side of the table, and then we placed the picture popsicle halves on the other side face up so that we could easily see them.

We took turns picking up a letter half, saying the name and sound, then searching for a picture that matched.

When we found a picture that matched, we placed the halves together to make a whole popsicle. 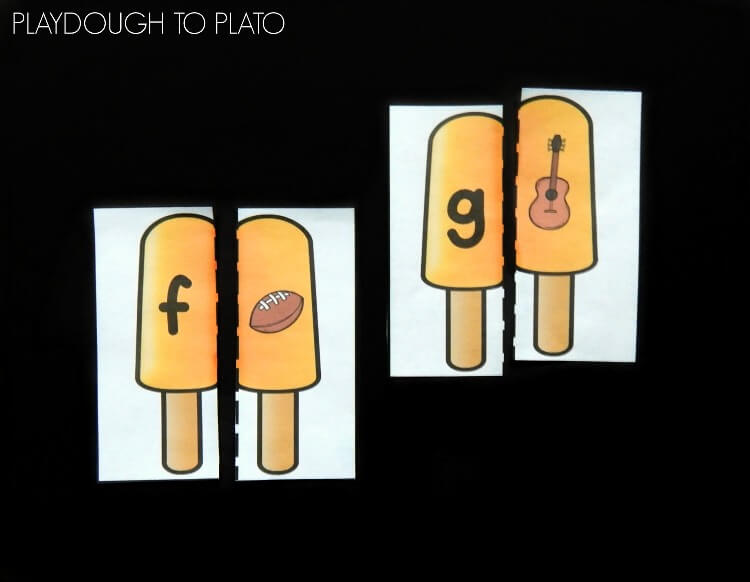 We kept picking up letters and matching them to pictures until all of our popsicles became whole!

If you want kids to play independently at a center, you could also make this activity self-correcting by writing the letter on the back of the picture half.

After they match up their popsicles, students could turn over the picture to see if they made the correct beginning sound match!

Are you ready for some popsicle-themed beginning sound fun? Grab your fun matching game by clicking the blue button below.

Then make sure to hop over and snag our super engaging Ultimate Preschool Activity Pack! 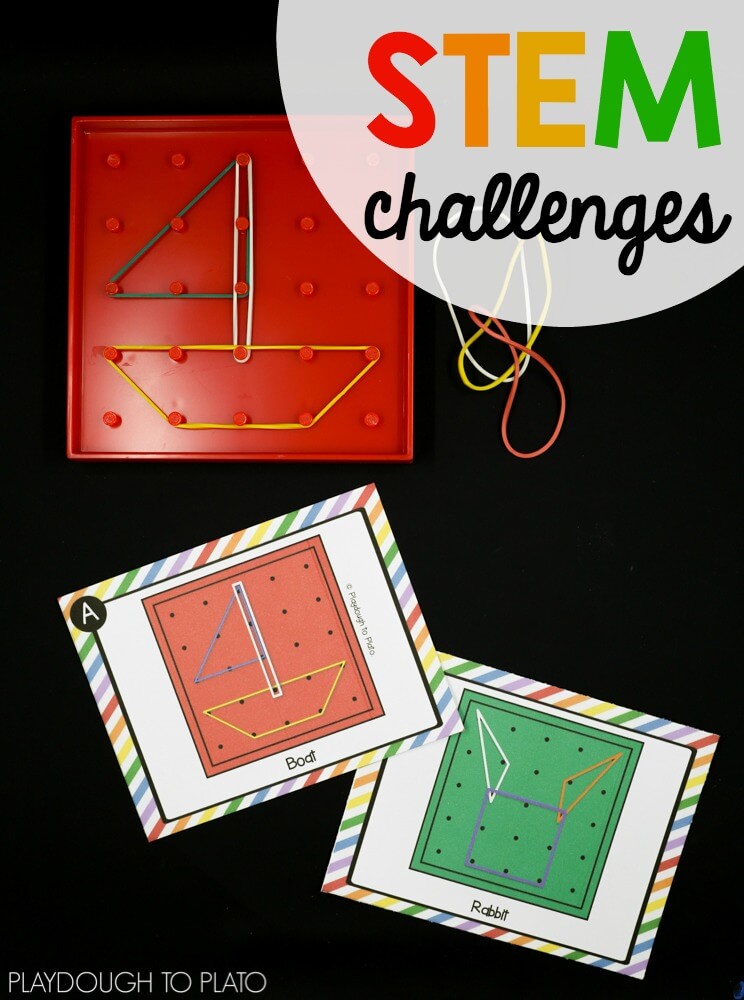 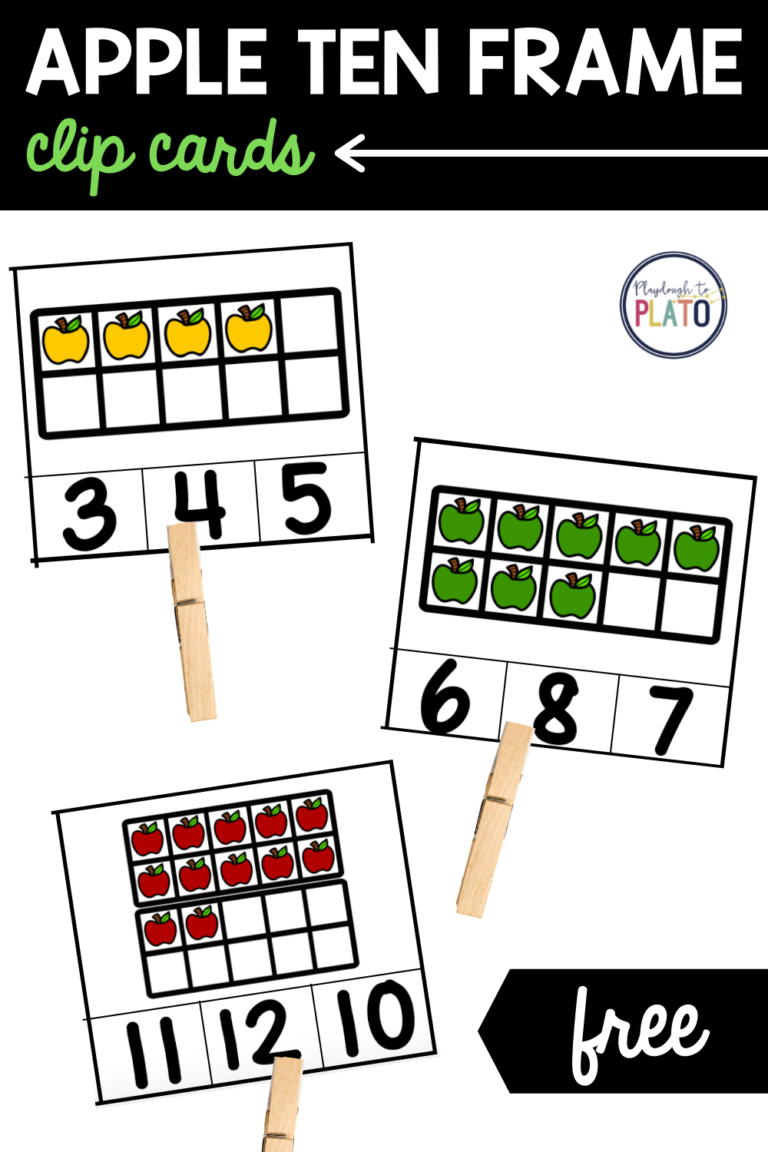 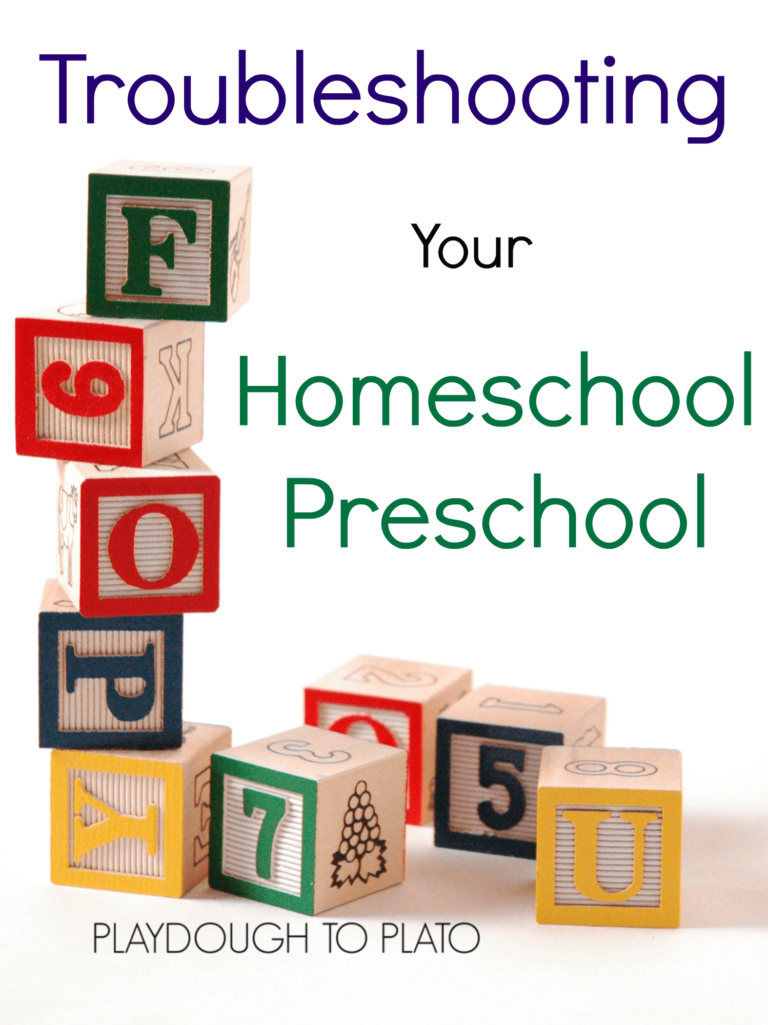 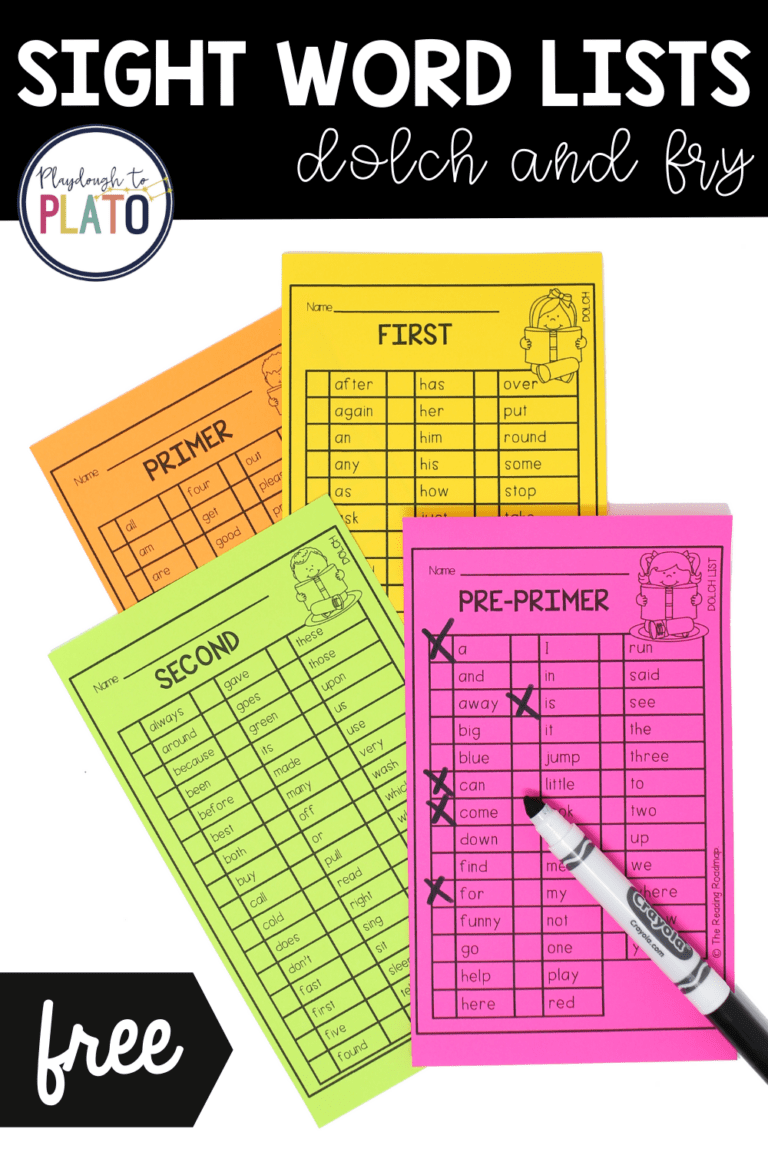 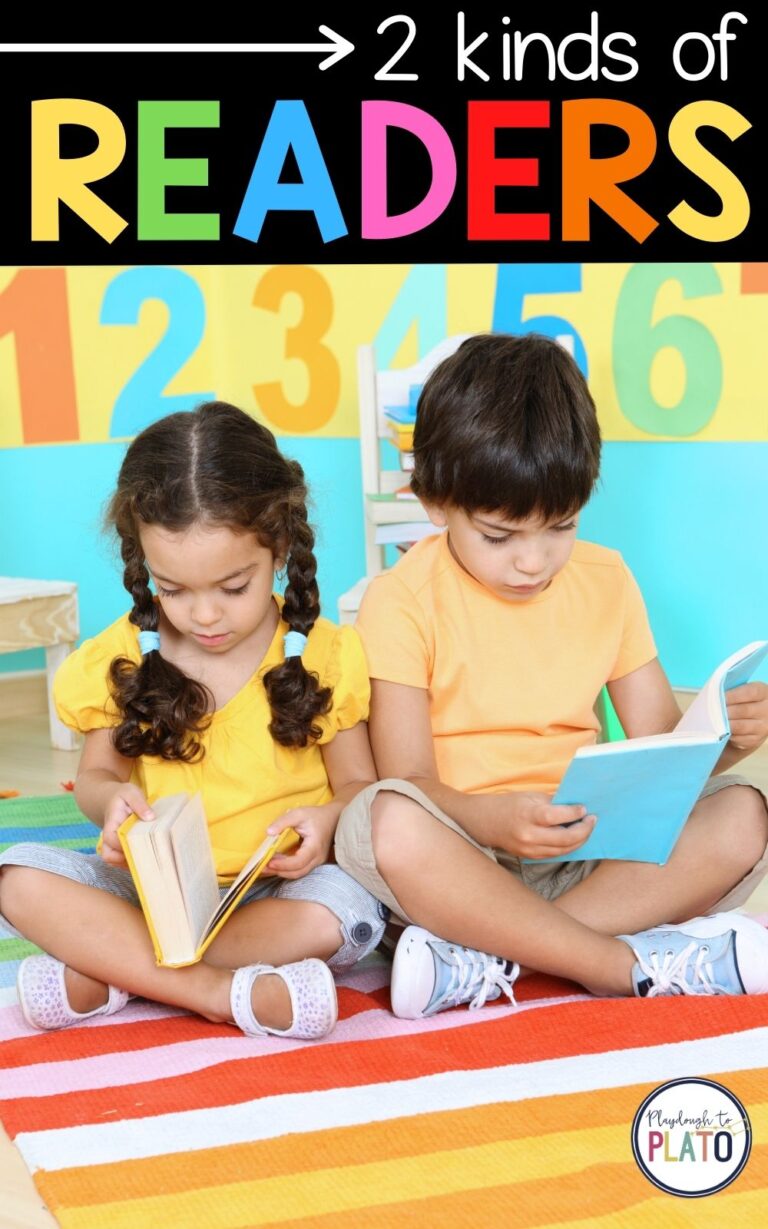