Love is in the air at our house and we’ve begun getting ready for Valentine’s Day by mixing up some Love Potion.  This easy Valentine’s Day science activity is a spin on our popular Rainbow Jar activity.  To boot, it’s a great way to learn about density!

For more science fun, check out our 30 Science Experiments (including a no prep science journal to keep track of results) in our shop! 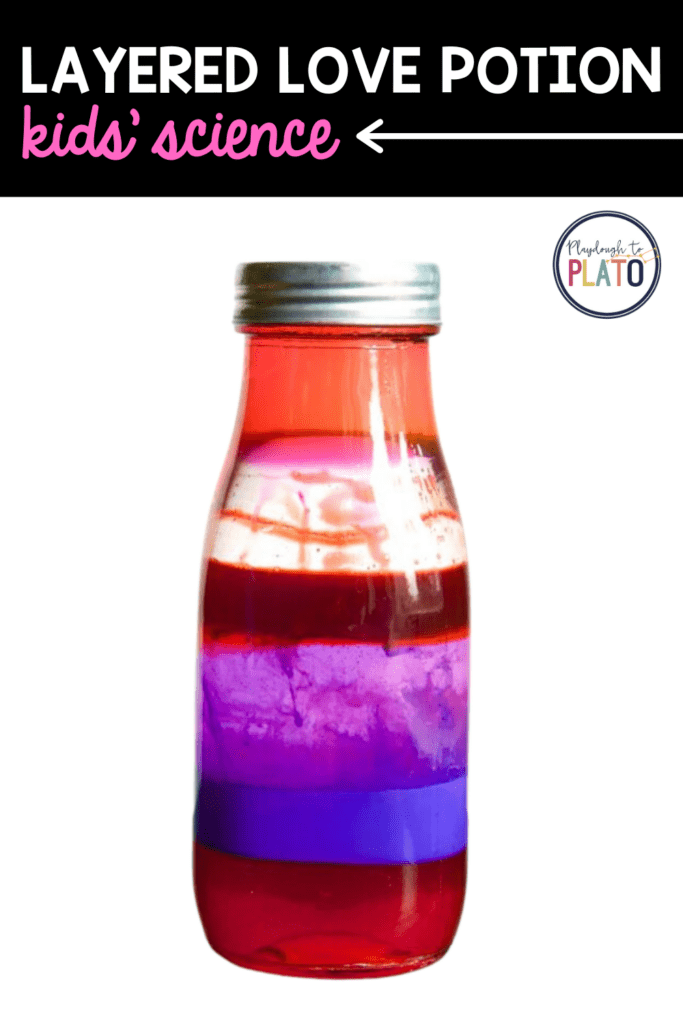 To prep for this activity, I gathered a few supplies that can be found in the pantry or most grocery stores:

I called over my 3 year-old, Q, and  told him we’d be making love potion by adding a little bit of each liquid into a glass bottle.  Q loves mixing up different “potions”, so he couldn’t wait to start.

First, I had him pour a little corn syrup into a liquid measuring cup.   The amount that you’ll need will depend on the size of your container.  He dyed it red with just a few drops of food coloring.

While he was mixing the dye and watching it swirl, he commented that the corn syrup was thick.

What’s a Valentine’s Day science activity without a little lesson?  “It is thick,” I replied.  “We call that viscous.”  I gave him a funnel and he poured the red corn syrup into the bottle. 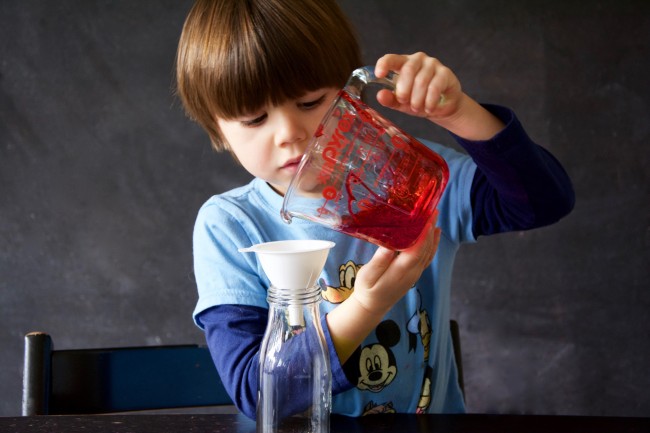 For the second layer, I grabbed a squirt bottle and added about a half cup of whole milk.   Q then dyed it purple with a drop or two of food color, screwed on the lid, and swirled it to mix the color through.

I showed Q how to slowly squirt the milk onto the side of the potion bottle so that the layers wouldn’t mix.   I haven’t tried making layered Love Potion with non-fat milk, but I imagine the layers might not be as well defined since skim milk isn’t as dense as whole milk.

The key to keeping your layers separate is to pour your liquids very slowly.  You can also use a syringe or baster if you don’t have a squirt bottle.  I’ve even had success just tilting the glass bottle slightly to the side and slowly pouring down the inside of the glass.  Whatever way you choose, pour slow!

For the next layer, I helped Q tilt the bottle and squirt in about an inch layer of lavender colored liquid dish soap.  It was fairly easy to control the flow directly from the bottle.  By this point, our Love Potion was looking lovely!  The Valentine’s Day science activity was really coming together. 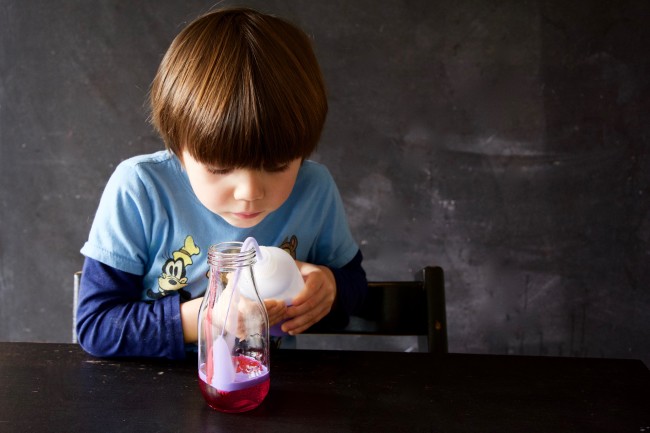 After the dish soap came plain old water.  Q decided he wanted the water to be red, so after rinsing the milk out of the squirt bottle, we added a little water and a few drops of food coloring.  Again, he slowly poured the water down the inside of the bottle.

The next to last layer, the baby oil, is the easiest to pour since it won’t mix with water or water-based liquids no matter how quickly you pour.  You’ll still want to take this one fairly slowly since any movement from the pouring could cause the red water layer and the lavender soap layer to mix.

For the final layer,  I poured about 1/4 cup of rubbing alcohol into the squirt bottle and Q added a drop of pink food coloring.  After swishing the alcohol around to stir in the color, he topped off his love potion and added the cap. 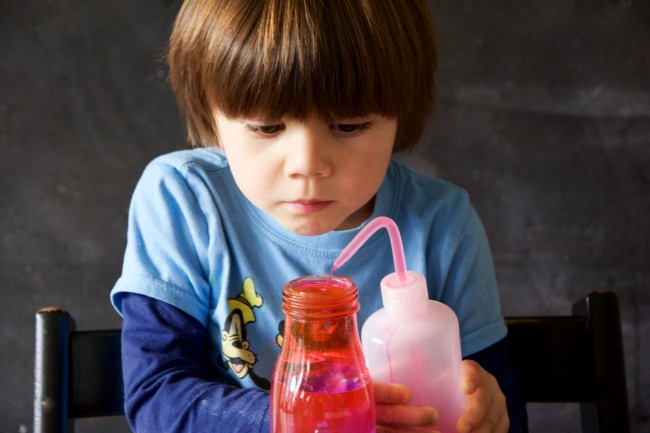 For a little extra fun, you could add a sprinkling of glitter.  Take a guess at which layer it will settle in!

The best part of this Valentine’s Day science activity is what you learn while creating it!  After finishing, Q commented that the layers weren’t mixing, and he was pretty confused.  I asked him to recall how his observation about how “thick” the corn syrup was.  I explained that the thick corn syrup was really dense, meaning that if we had the same amount  (volume) of each of the liquids, the corn syrup would weigh the most.  In other words, it would have the most mass. 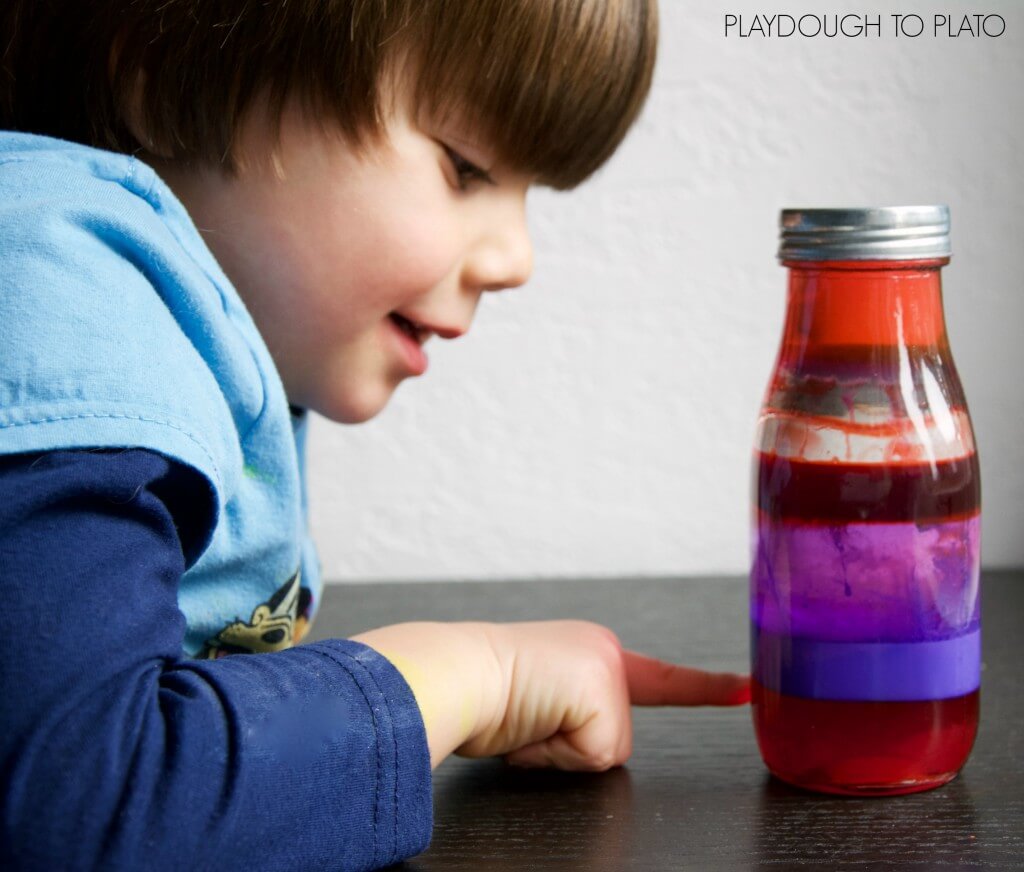 The liquid with the most mass per volume has the highest density.  This dense liquid stays at the bottom while the least dense alcohol stays at the top. All liquids stay separate because they have slightly different densities.

Now, if you stirred the liquids together, with the exception of the oil, they would eventually become one mixed solution. But since we poured each layer slowly, each liquid remained in a separate layer.

The oil layer will eventually separate out again because of the chemical structure of oil versus water.  This is due to the polarity of water molecules.

Oil molecules are nonpolar and only have a shell of negative charges.

Continue the fun with 30 of our favorite science activities plus a ready-to-go science journal that takes kids’ learning one step further! 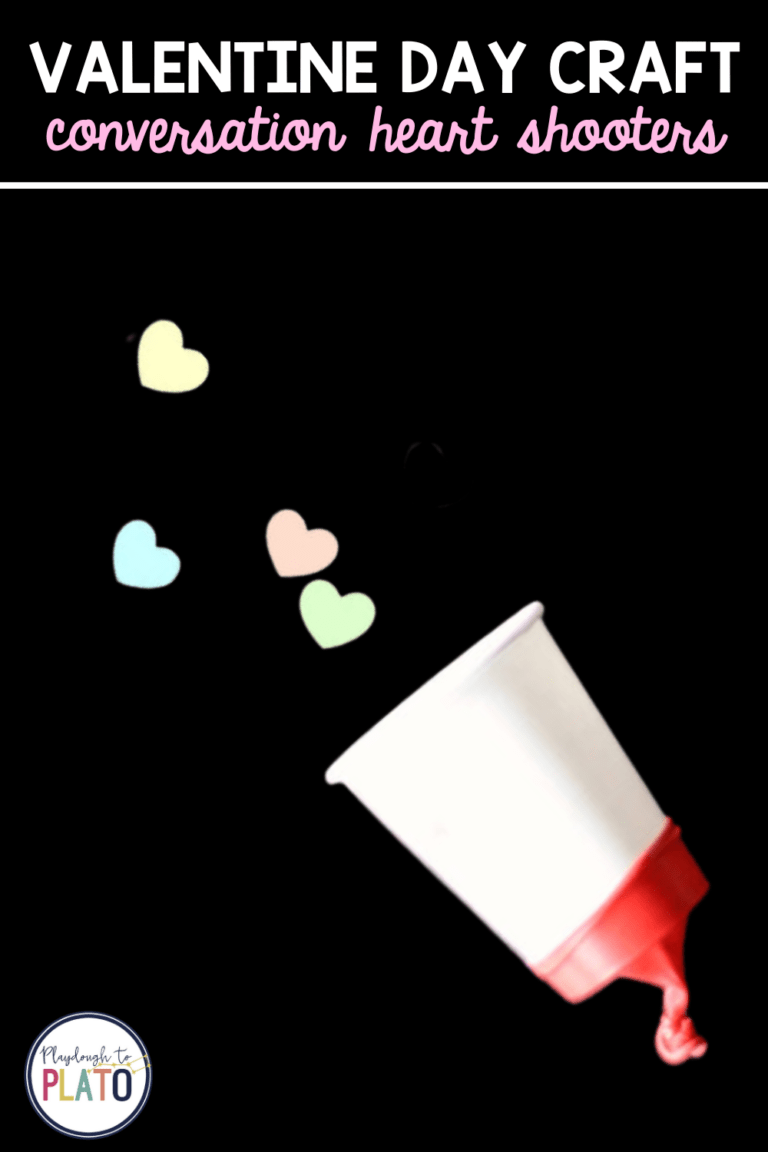 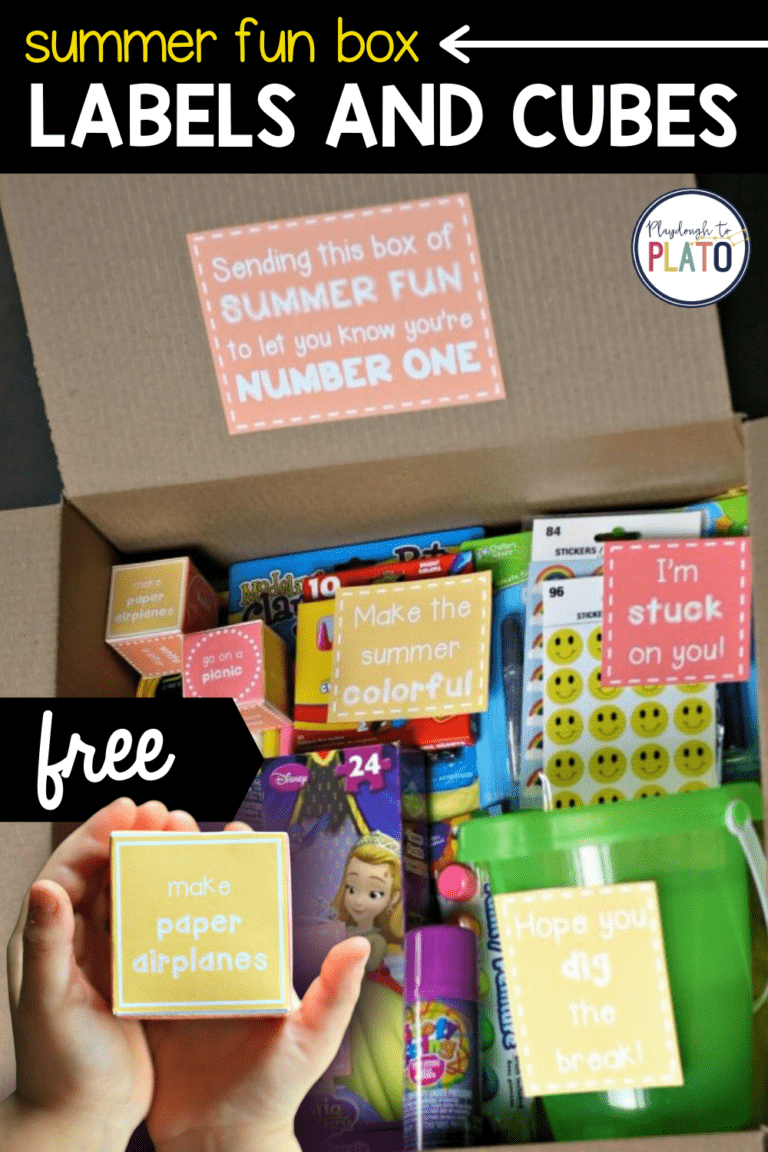 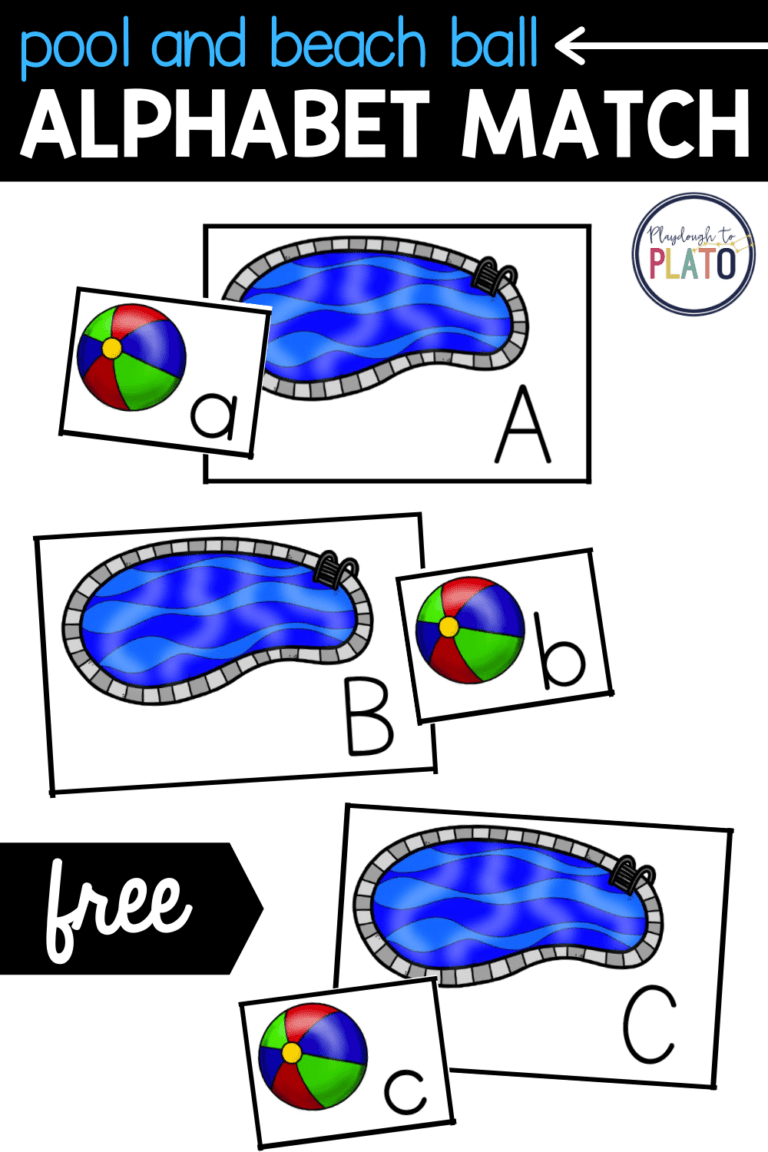 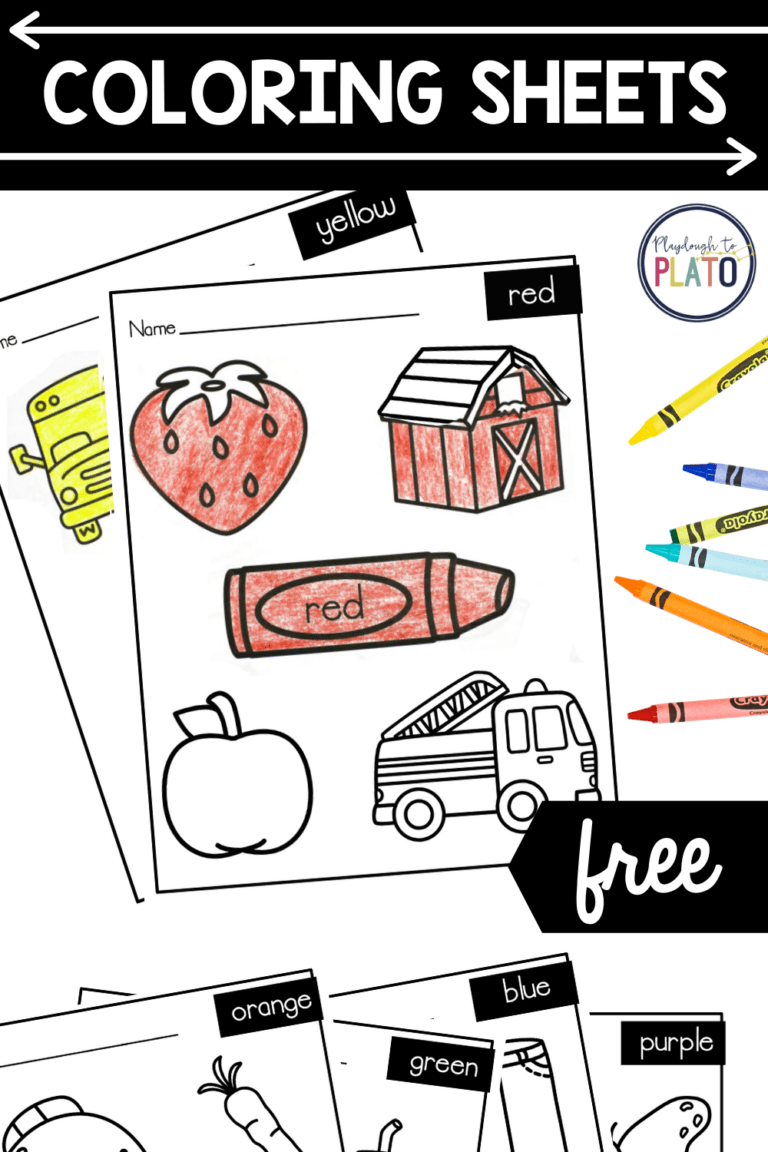 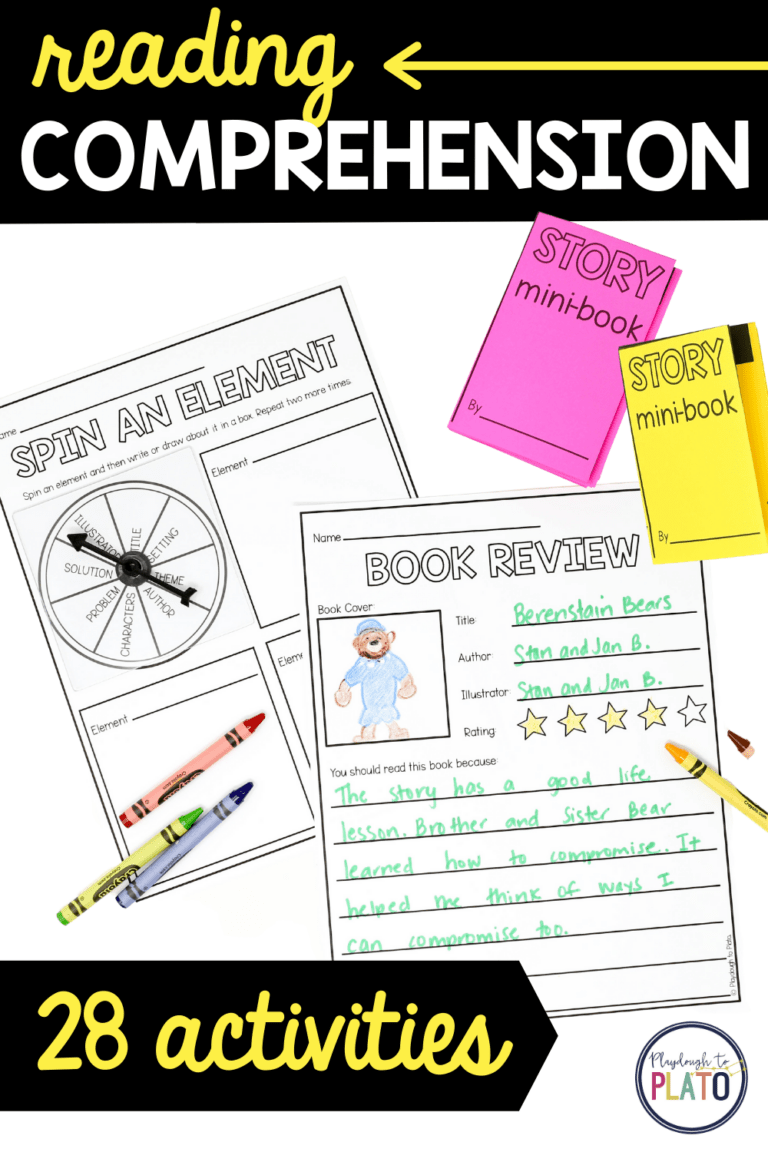 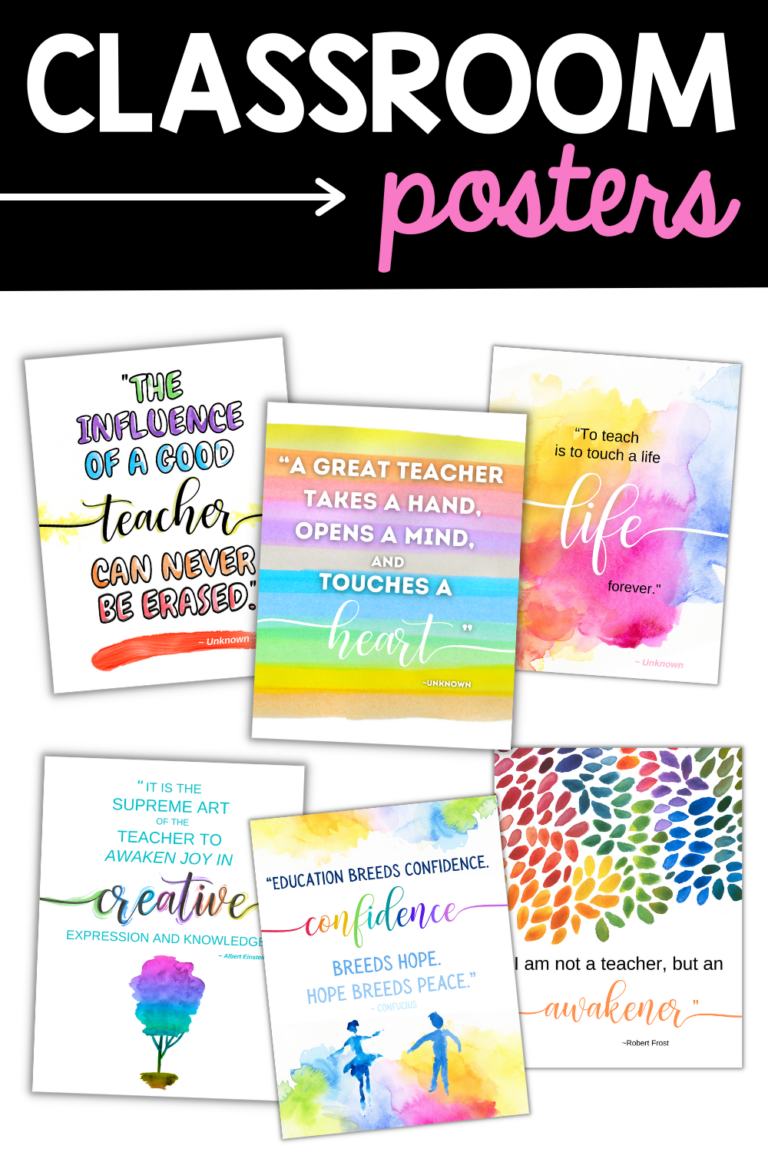