If there is one thing my kiddos {and I} don’t like about summer it’s having to slather on sunscreen. But after this low-prep, super simple kids’ science experiment showed us just how important sunscreen actually is, none of us are complaining about the inconvenience. 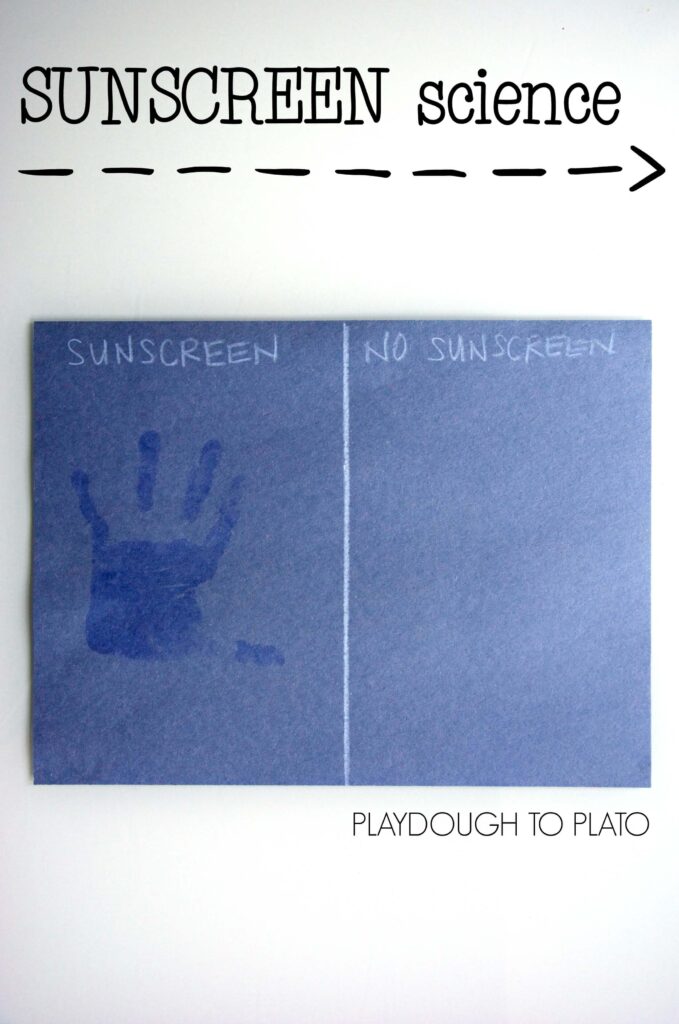 The prep for this experiment couldn’t be easier.  I grabbed a piece of dark construction paper {black, blue, or purple} for each child, a writing utensil, and sunscreen.  {Use sunscreen that goes on clear. We initially used a zinc oxide sunscreen and it was too thick and we couldn’t see the results.} 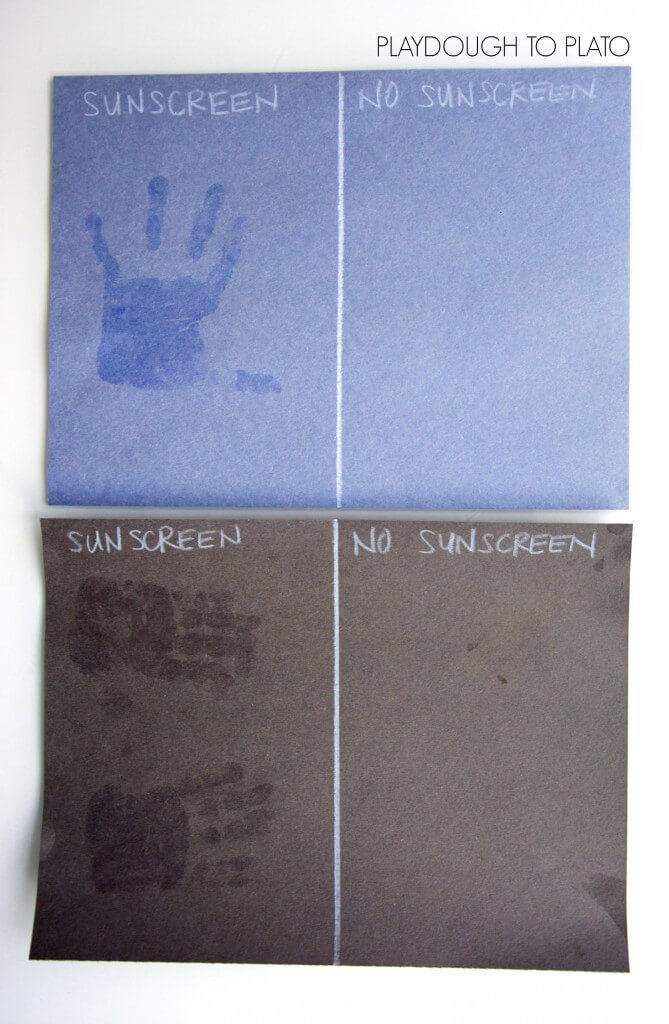 Then I drew a line down the middle of the paper and labeled one side “sunscreen” and the other “no sunscreen”.  Ta da, it’s as easy as that.

Before starting the experiment I asked my 3 and 5 year old why we wear sunscreen.  My 5 year old shouted, “To protect us from the sun!”  “Exactly, now lets see if we can see that,” I replied.  I grabbed a bottle of spray on sunscreen and covered my kids hands with a thin layer.  I had them make a sunscreen handprint on the side of the paper labeled “sunscreen”. 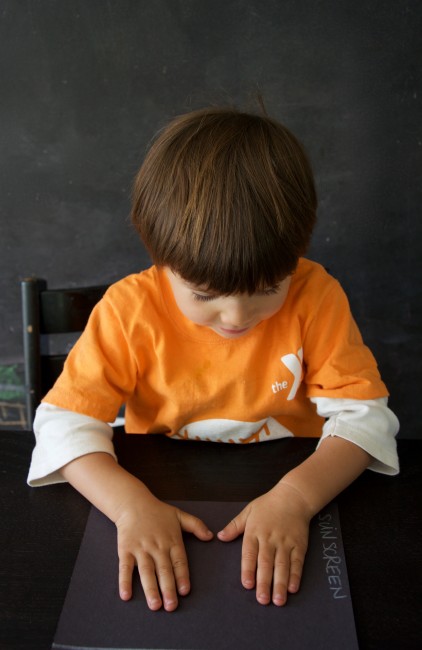 Next we headed outside to find a spot where the paper would get full sun and left it there while we played. 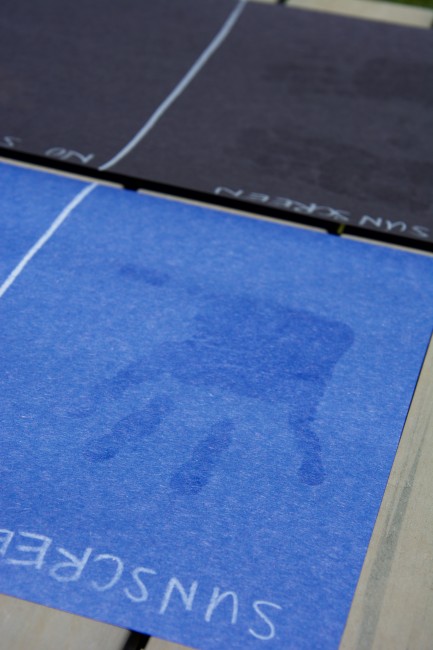 Initially, the paper looked wet from the oils but it eventually absorbed over time and the handprint almost disappeared.  There wasn’t a cloud in the sky so, after a couple hours, we could already see the paper had become lighter.  We left it for another couple hours before bringing the papers in to see what damage the sun had done.

The paper had become pretty sun bleached but the paper under the sunscreen handprints remained the original color.  The sunscreen really did protect the paper from becoming bleached.  My kiddos were pretty amazed!

Organic ingredients like octyl methoxycinnamate (OMC) or oxybenzone work by absorbing UV radiation and dissipating it as heat. Some organic chemicals don’t break down when exposed to UV light but others do slowly break down over time.  That’s one reason why we have to reapply after a long time in the sun.

When we applied sunscreen to the paper, the chemicals in the sunscreen absorbed the UV radiation and prevented them from bleaching the paper.

Ready for more backyard science? Make a solar oven, dig for worms and whip up a batch of ice cream in a bag.