This simple twist on the classic sink or float kids’ science experiment uses one of children’s favorite things (candy!) to step up the cool science factor. Just grab a handful of different types of treats, print the record sheet (below) and get ready for some scientific fun. Kids will love making and testing their sweet predictions.

For more science fun, hop over to the shop to snag our 30 Science Experiments for kids! 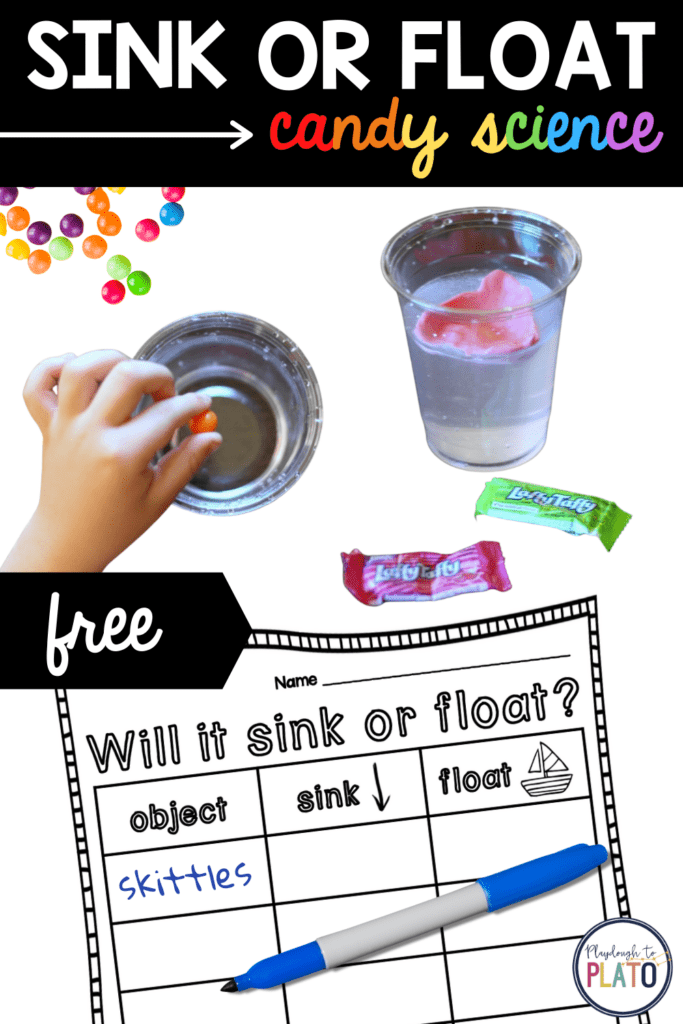 Any candy would work for this science activity, but I grabbed several different kinds we had sitting around from the candy lab science class I taught a few weeks ago: Gobstoppers, gummy worms, Laffy Taffies, Skittles, M&M’s, mints and Smarties.

I printed one sink or float sheet (below) for each of my boys, grabbed a cup of water and invited them over to join me.

We worked together to write the name of each candy in the left-hand column of their charts. Then, each boy made a prediction about whether the objects would sink to the bottom when they dropped it in the water or float on top. They marked their guesses with X’s.

Middle Brother (age 3.5) eagerly grabbed the first candy: a bright orange Skittle. He dropped it in the water and watched it sink straight to the bottom. 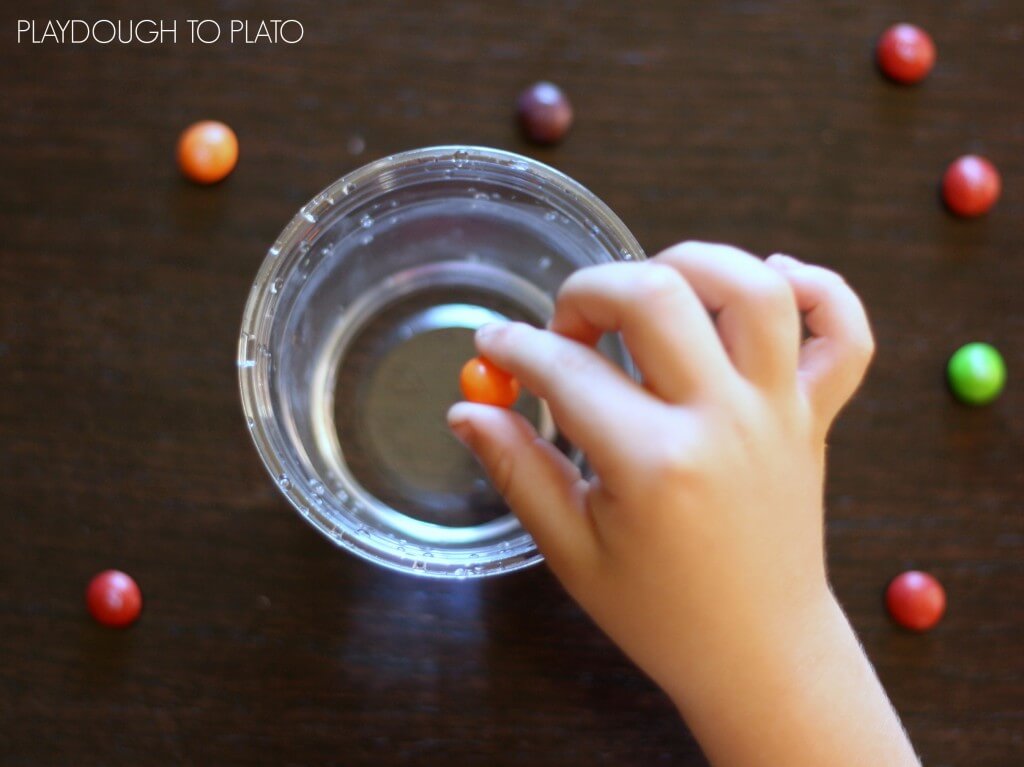 Both boys grabbed their crayon and placed a big O in the “sink” column so they could easily compare their predictions (marked with an X) and the result.

One candy after another, they tested whether the objects would sink or float. When the experiment was finished, I passed along an extra challenge: making a Laffy Taffy that would typically drop to the bottom of the cup instead float on top of the water.

It took a little while, but they eventually found a solution. 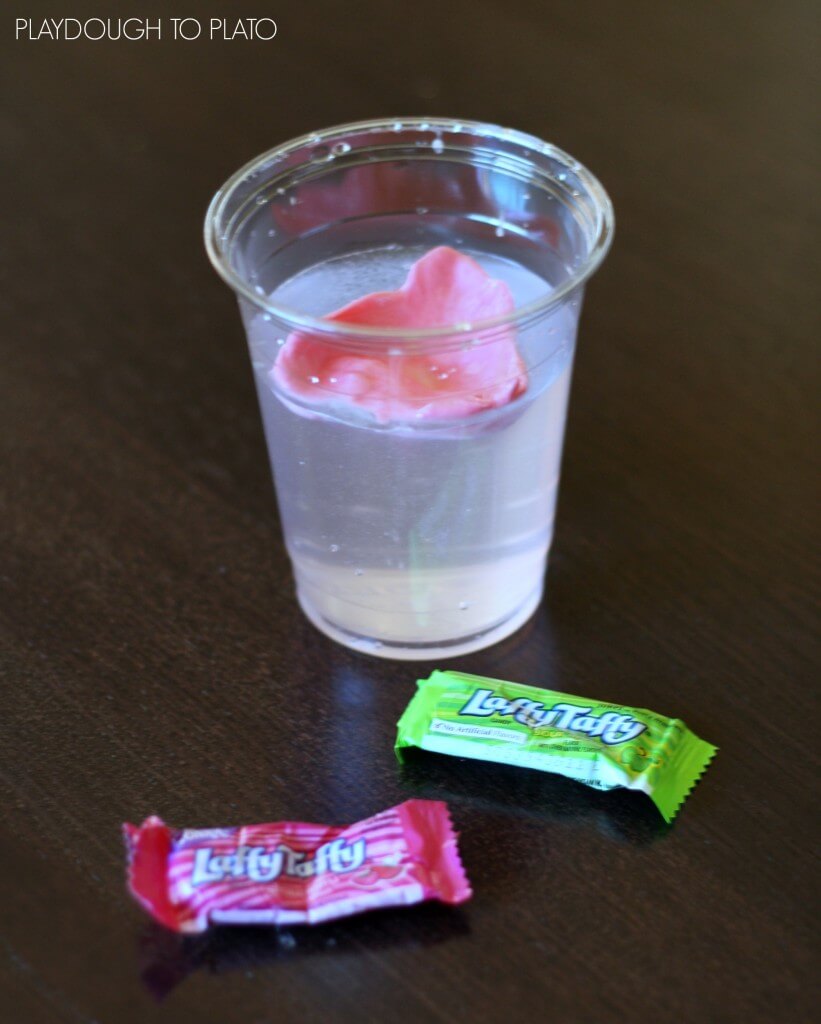 Click the blue download button below to snag your free record sheet. Then snag our mega pack of insanely cool science experiments for kids. Turn an egg to rubber, whip up a tornado in a jar, separate the colors of M&M’s and much, much more. 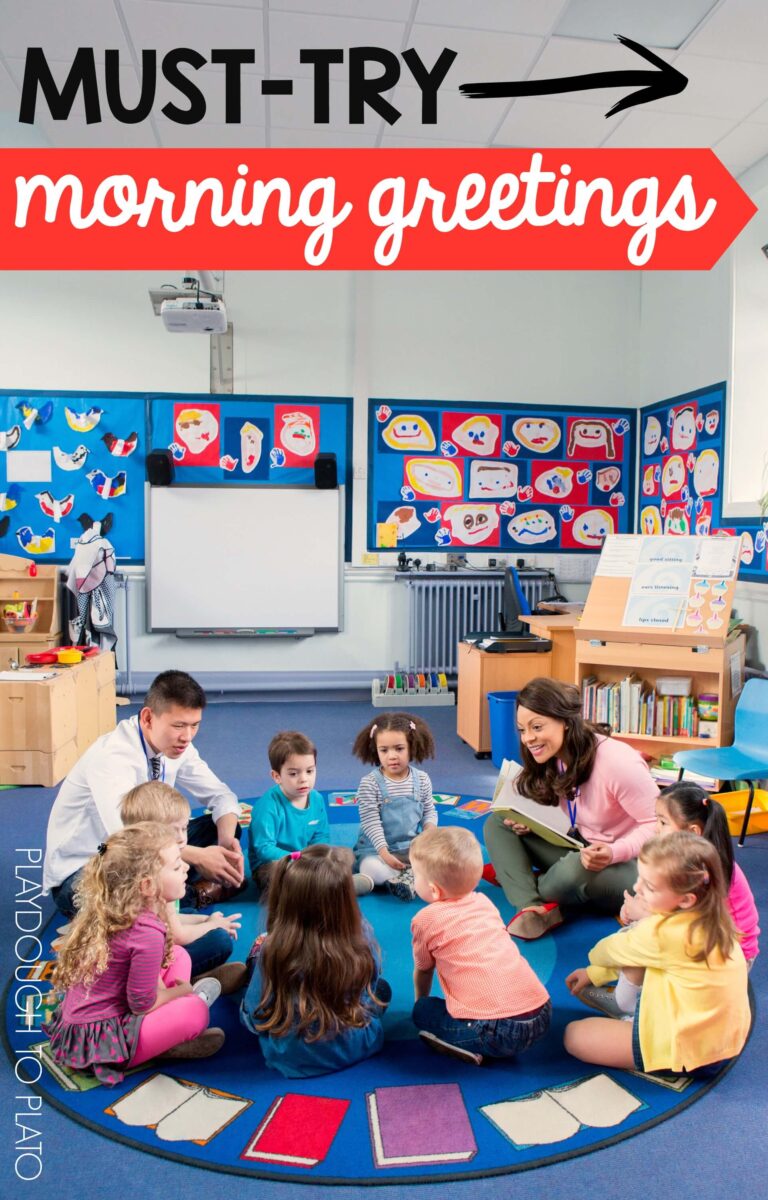 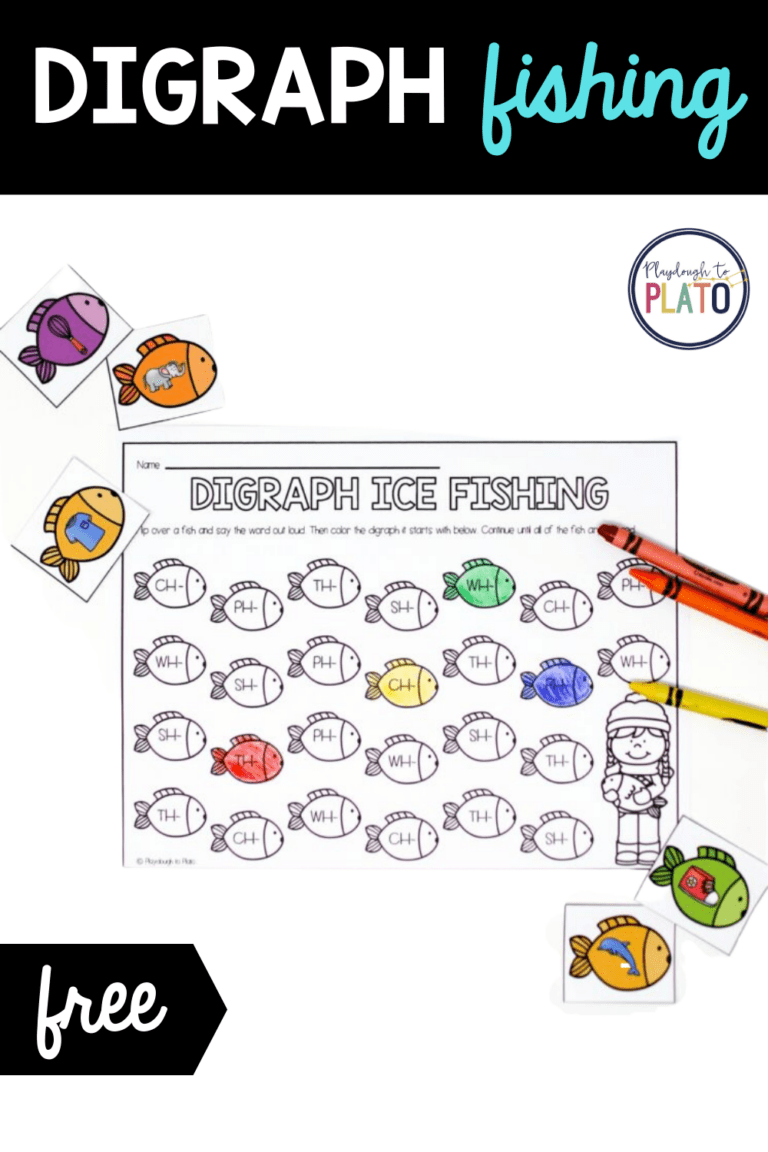 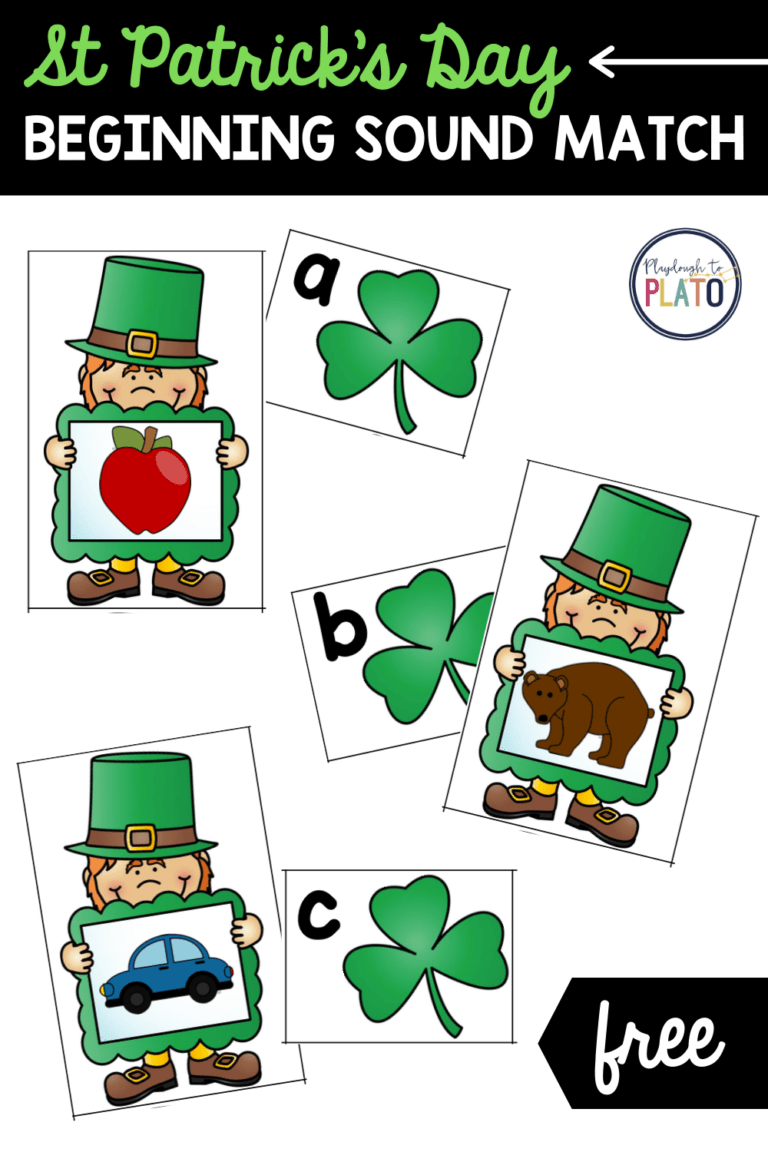 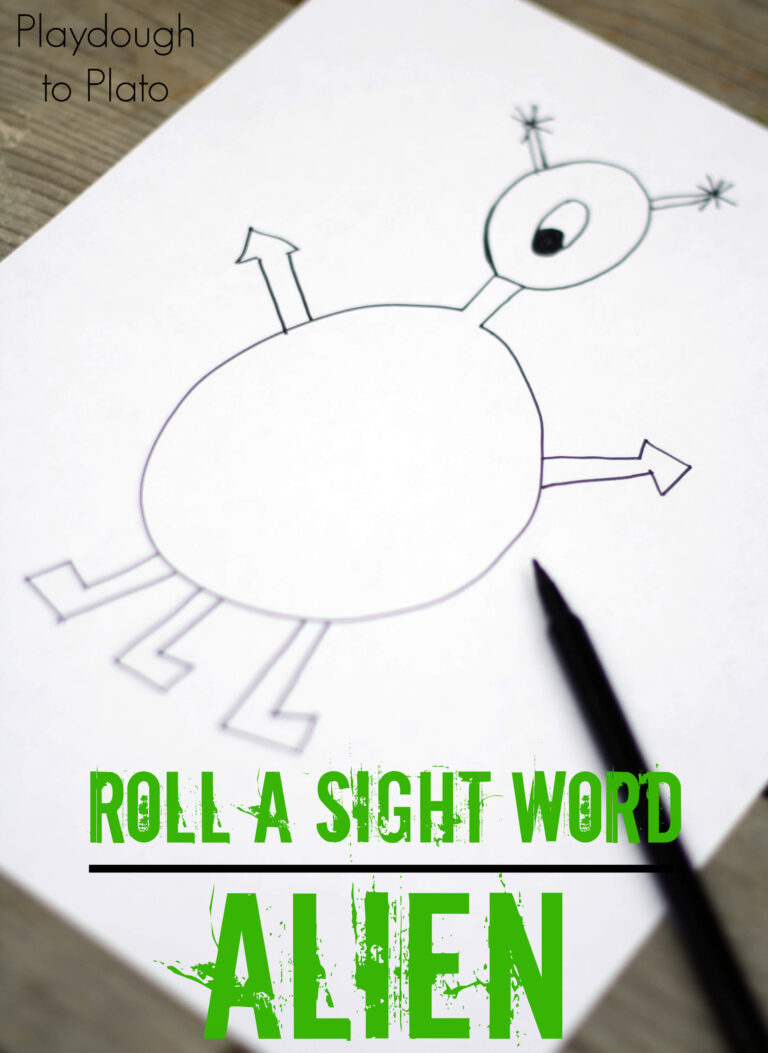 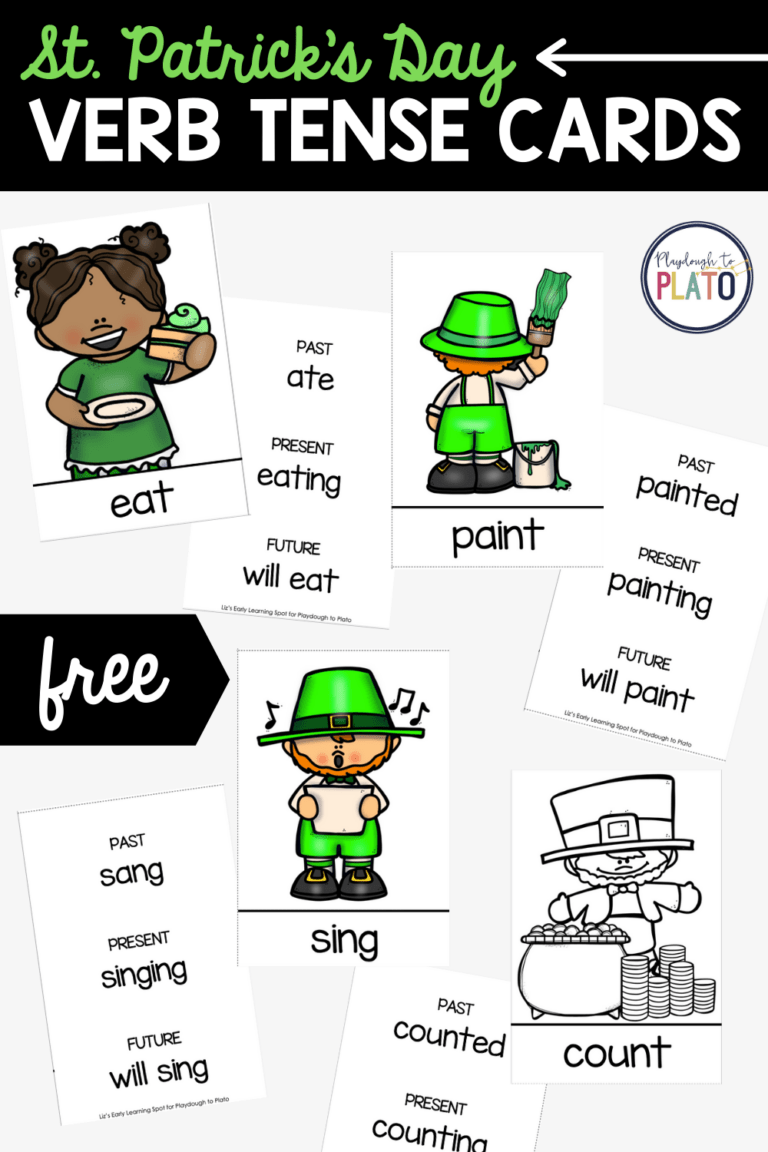 TWO DAYS ONLY! 25% off everything with code CYBER22.