This simple kids’ science activity is perfect for little mad scientists who like seeing creatures come alive before their eyes.  Like our fizzing popsicle paint and magic balloons, this kids’ science experiment uses baking soda and vinegar to make gummy worms dance.

Check out the simple step-by-step below and then join The Plato Pack so you can access DOZENS more jaw dropping (but easy prep!) science experiments kids will love! 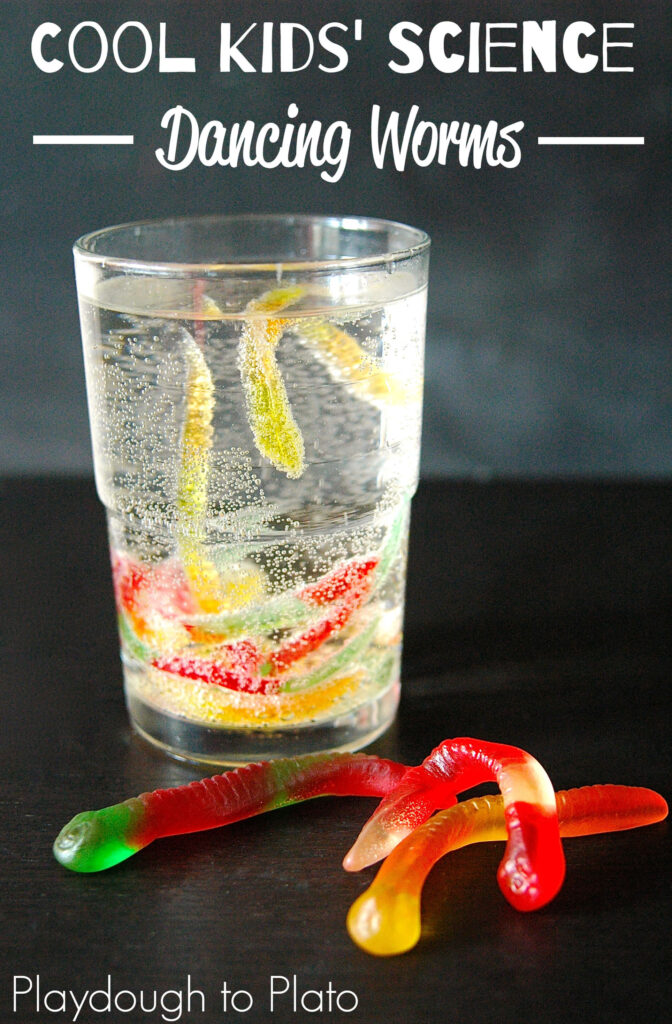 First, I grabbed a bag of gummy worms and a few common household items:

I cut the gummy worms in quarters.  {I found it easier to do with a wet knife or one dusted with baking soda to prevent the worm from sticking to the knife.} 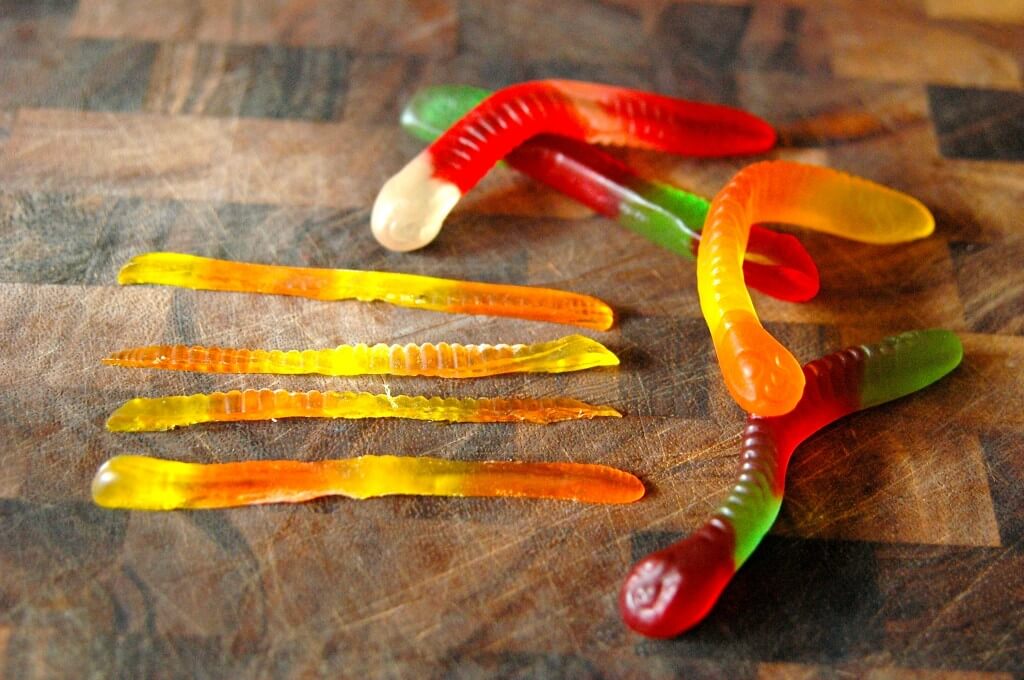 Next, I had my 4 year old, A, measure out 3 tablespoons of baking soda and stir them into a glass filled with 1 cup of warm water.  I handed her the pile of cut worms {we cut 3 worms in 12 pieces} and had her mix them into the baking soda and water concoction. 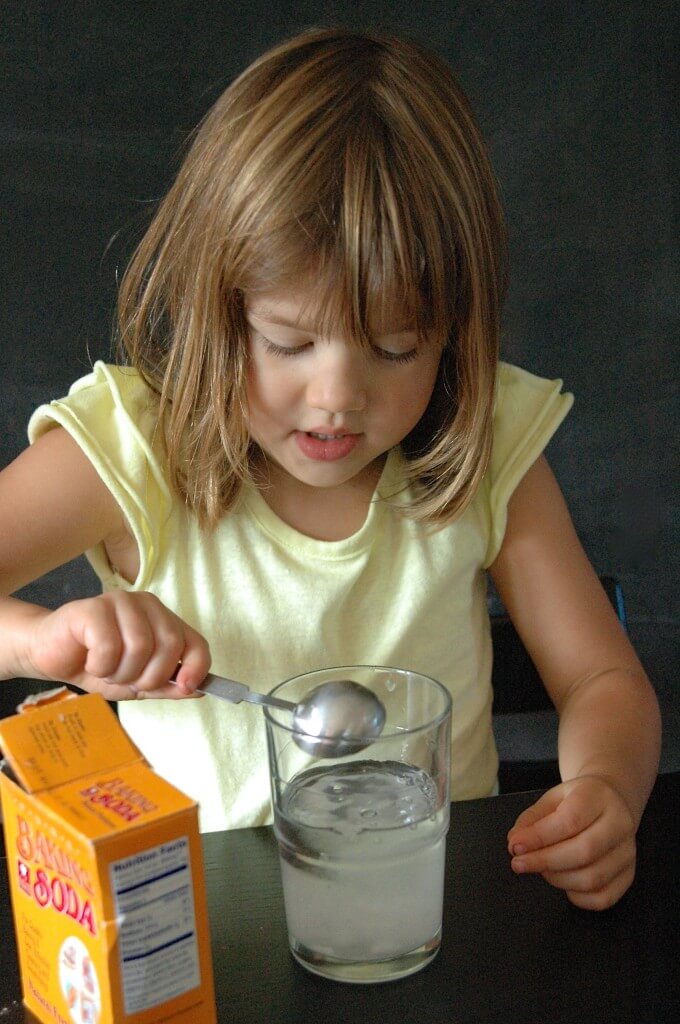 Now came the hard part, A had to wait a whole 15 minutes for the worms to soak in the baking soda mixture. 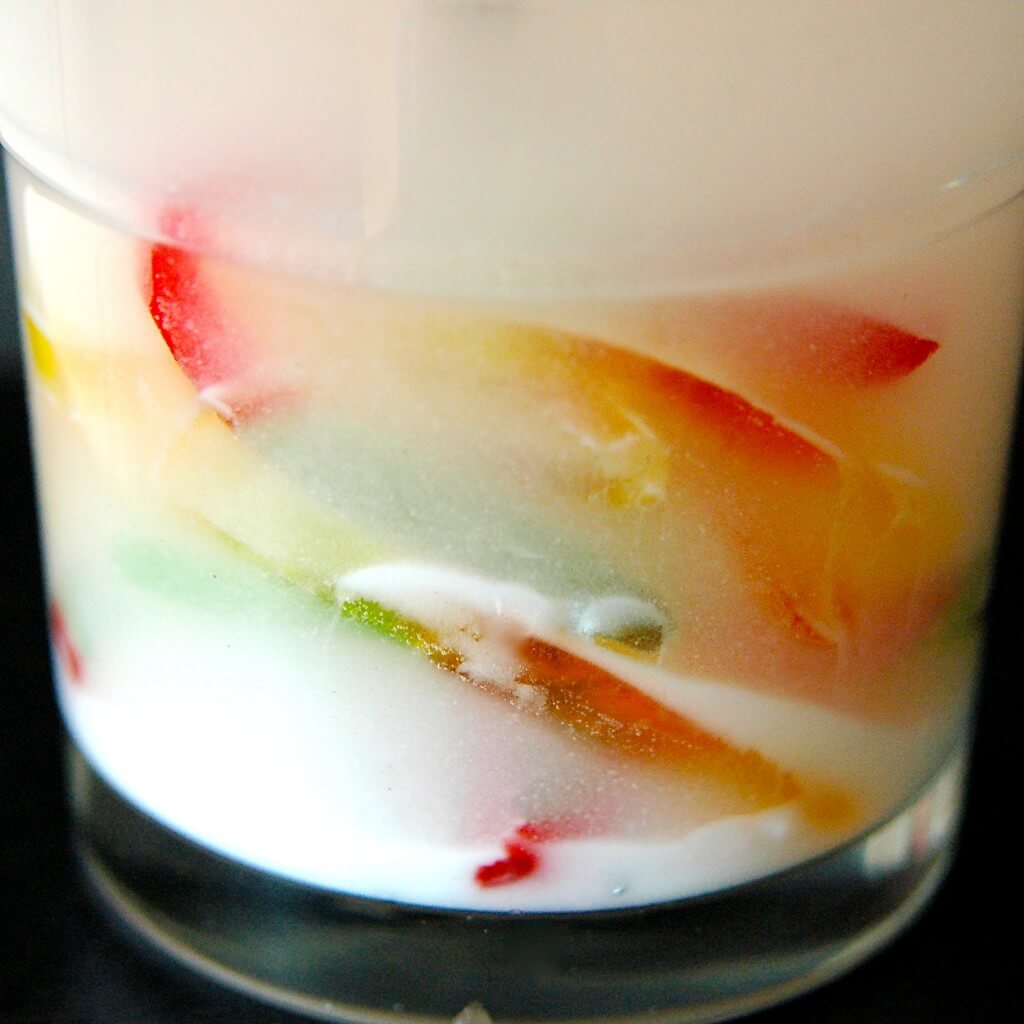 While we waited we filled the second clear glass with vinegar.

As soon as the timer buzzed A ran to the worms and very carefully fished them out with a fork.  We started by placing just a couple worms in the vinegar and they instantly started forming bubbles.  After a few second the worms were covered in enough bubbles that they started rising from the bottom, writhing their way to the surface. 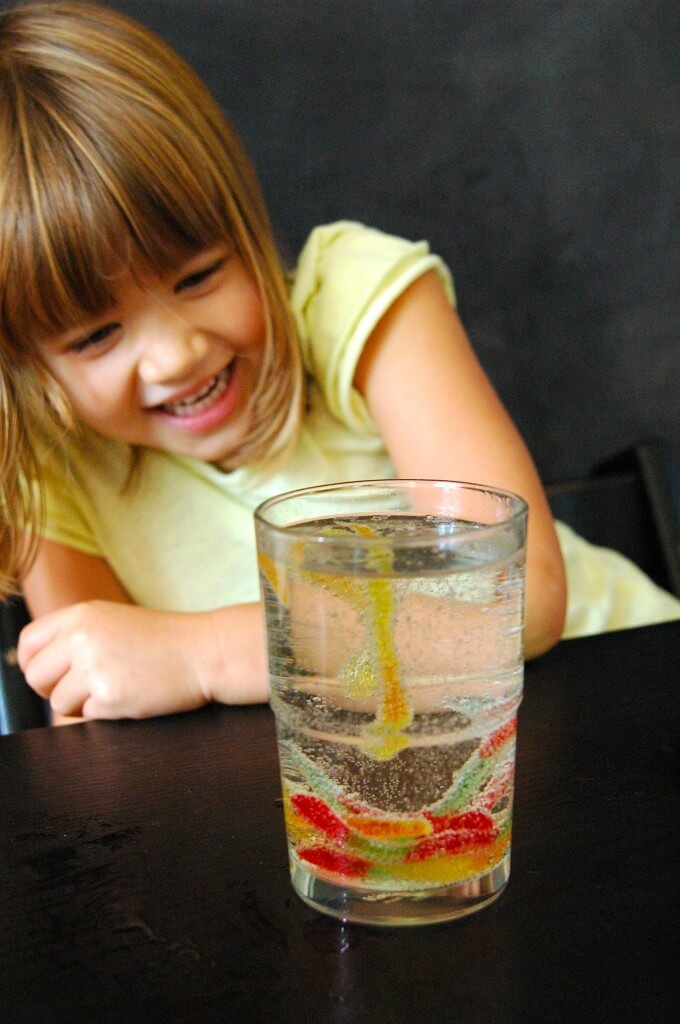 After several minutes A wanted to add more even though the first worms were still dancing about.  It turns out the extra worms just sat on the bottom, too weighted down by the other worms to rise.  So in this kids’ science experiment, less is more, with about 4 worms being the best.

A, delighted she could make gummy worms come to life, couldn’t wait to show her little brother.  He really thought they were alive and stared at them trying to figure out how we did it, then refusing to eat any of the remaining worms from the bag. 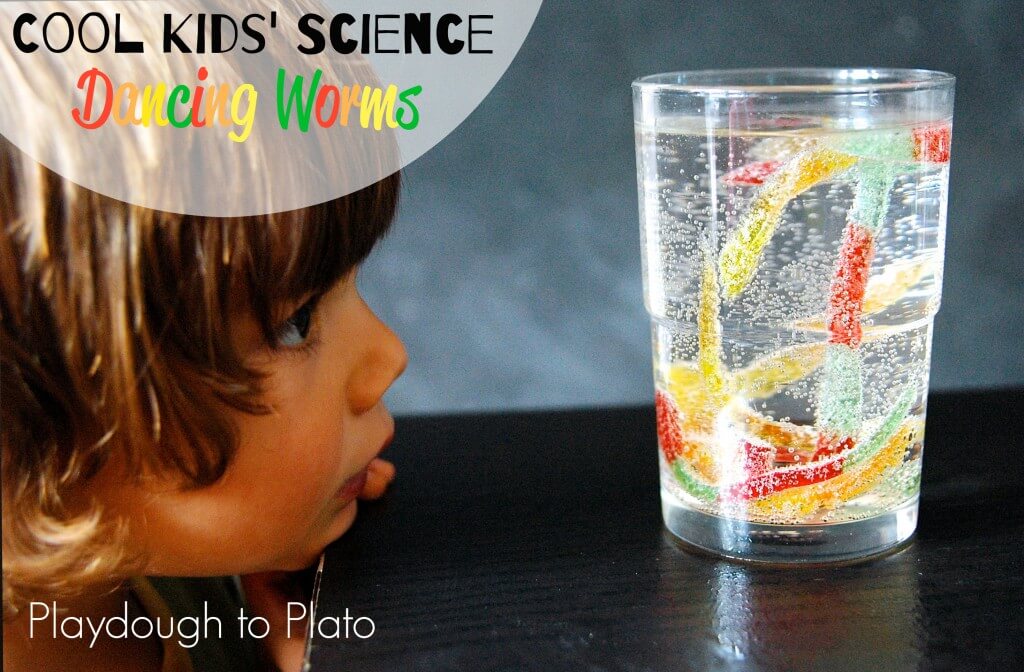 Quick and simple with lots of “oohs” and “aahs”, this kids’ science experiment is sweet in more ways than one!

When you add the worms soaked in baking soda, the acetic acid in the vinegar reacts with the bicarbonate in the baking soda.

And when an acid and base react carbon dioxide gas bubbles form.

As the gas bubbles burst, the worm falls back down until enough bubbles form to pull it back up.

The bubbles will continue to form until all the baking soda on the worm is used up and the worm will stop wiggling.

Hop over and join The Plato Pack to get instant access.