It’s “snow” much fun to practice digraphs with a game!  This playful, hands-on activity is a great way to add some excitement to your literacy centers this winter!

Snag your activity and then hop over and grab our Vowel Team Centers for more word work fun! 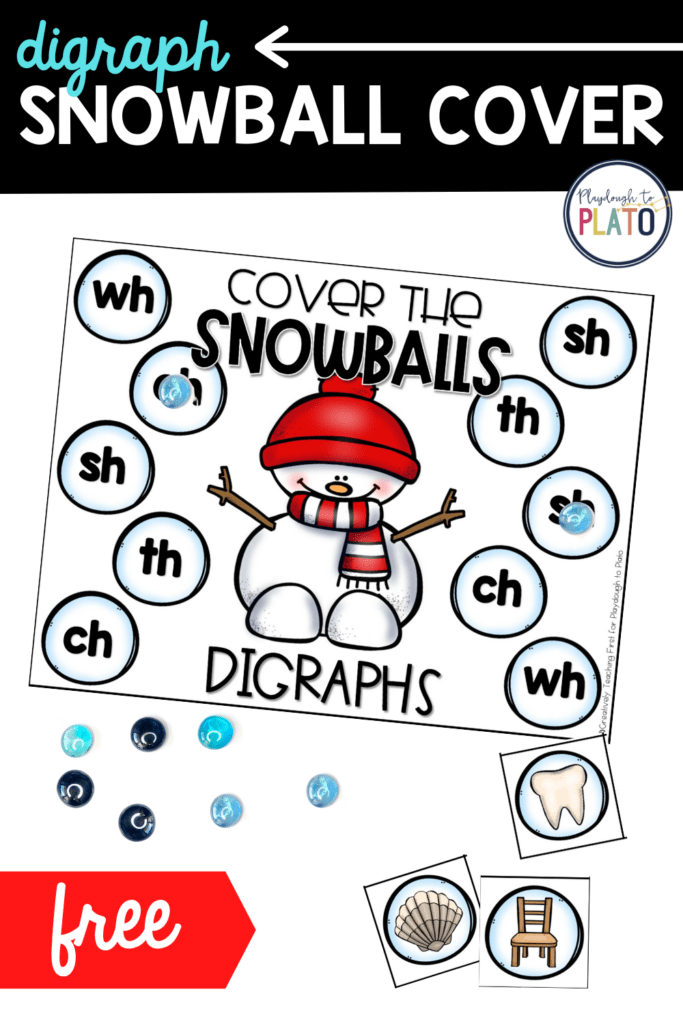 This digraph game was super quick and easy to prep!

Then, I laminated the game mats and digraph cards for durability. I wanted to use this activity year after year!

Next, I cut along the solid black lines to separate the digraph picture cards and placed the cards in a small plastic bag for easy storage. 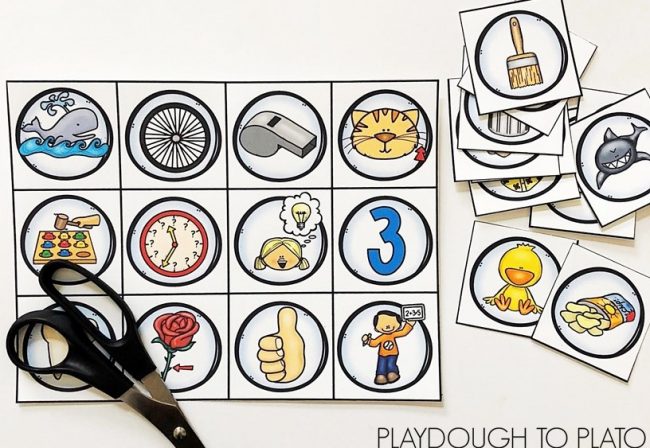 This activity can be used in a small group, with partners, or as an independent activity, but I used it with a small group first.

We’d been practicing digraph sounds, so this was a great activity for review.

To start, I wrote four digraph sounds on a dry erase board: CH-, SH-, TH- and WH-.  We reviewed each sound.

Then, I laid out the game mats, put the digraph picture cards in a pile face down, and put out a pile of winter mini erasers.

Note: If you do not have mini erasers, you could also use cotton balls! 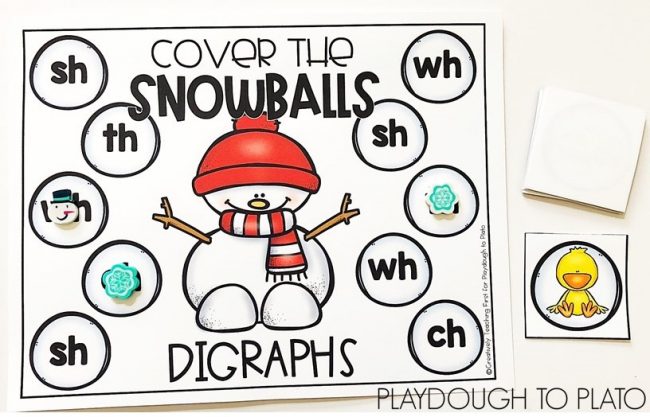 I asked a volunteer to select and flip over one card.

He chose the card with the chick on it. He said the word aloud…”chick.” I asked him what digraph he heard at the beginning of the word. He said… “Ch…chick.”

He placed a winter mini eraser on a snowball with a ‘ch’ on it.

I asked for another volunteer to select and flip over a card. She chose the card with the shell on it. She said the word out loud…”shell.” I again asked her what digraph she heard at the beginning of the word. She said…”Sh…shell.”

She placed a winter mini eraser on a snowball with a ‘sh’ on it. 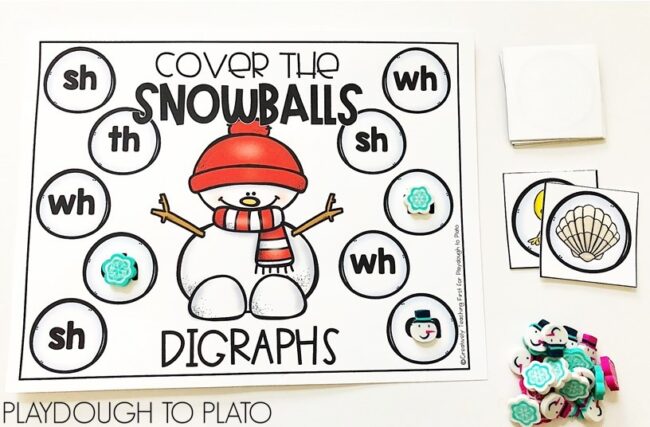 The students took turns drawing cards, reading the picture out loud and placing their winter mini erasers on the correct digraph snowball. 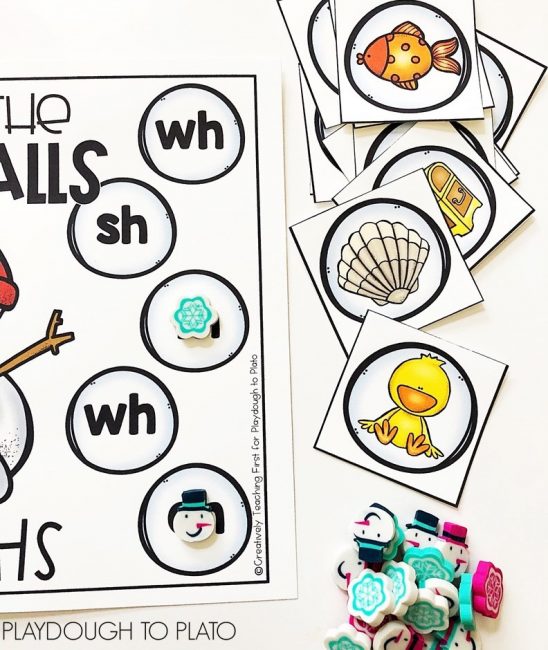 Once the students covered all the snowballs, the game was over.  The students had so much fun with the digraph game, they didn’t even realize they’d become masters at digraphs!

Snag your activity and then hop over and grab our Vowel Team Centers your kids will love! 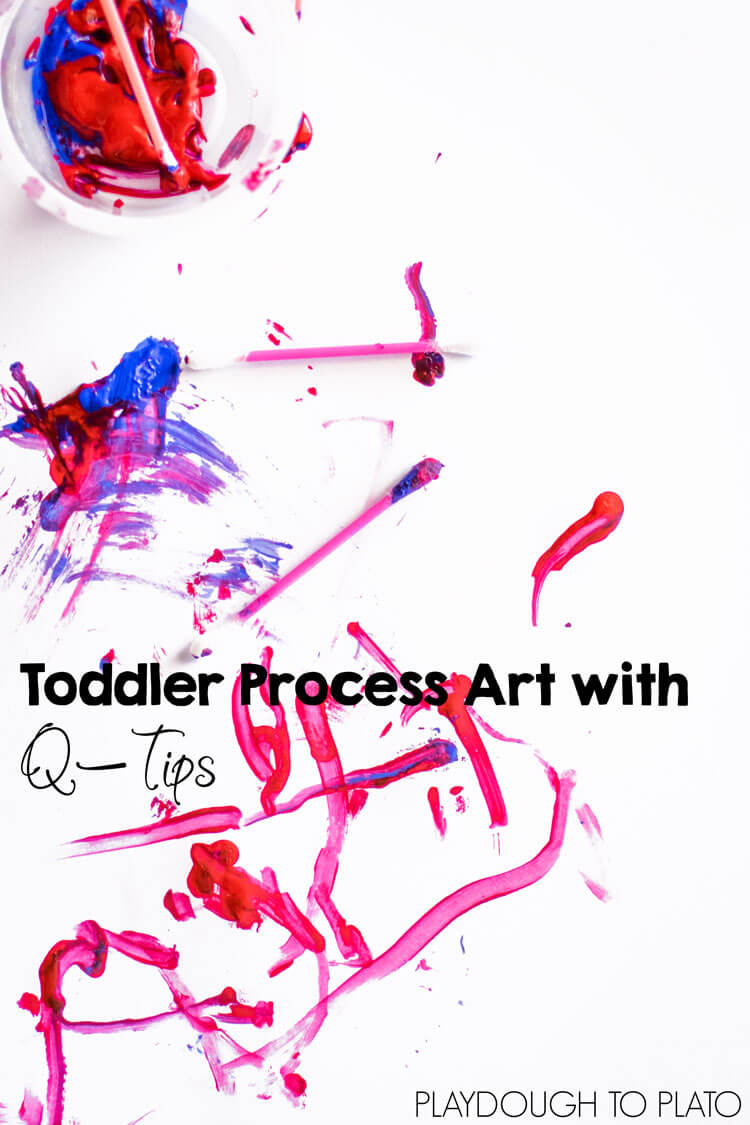 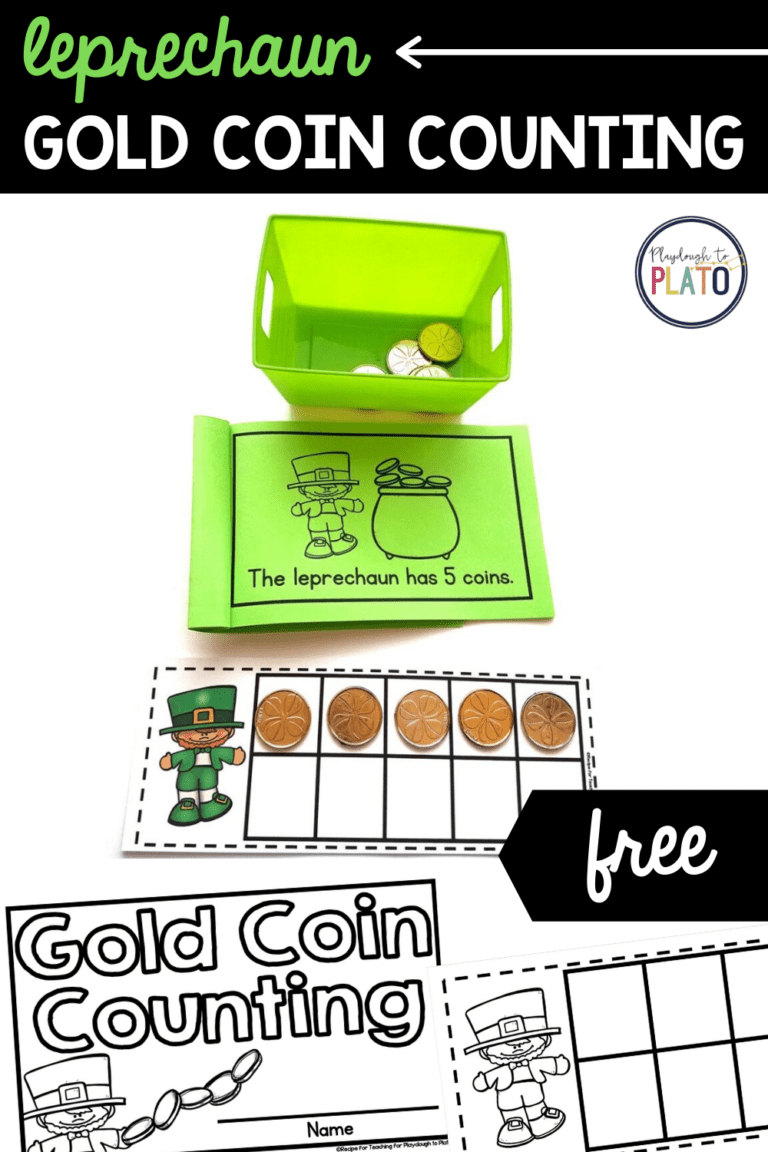 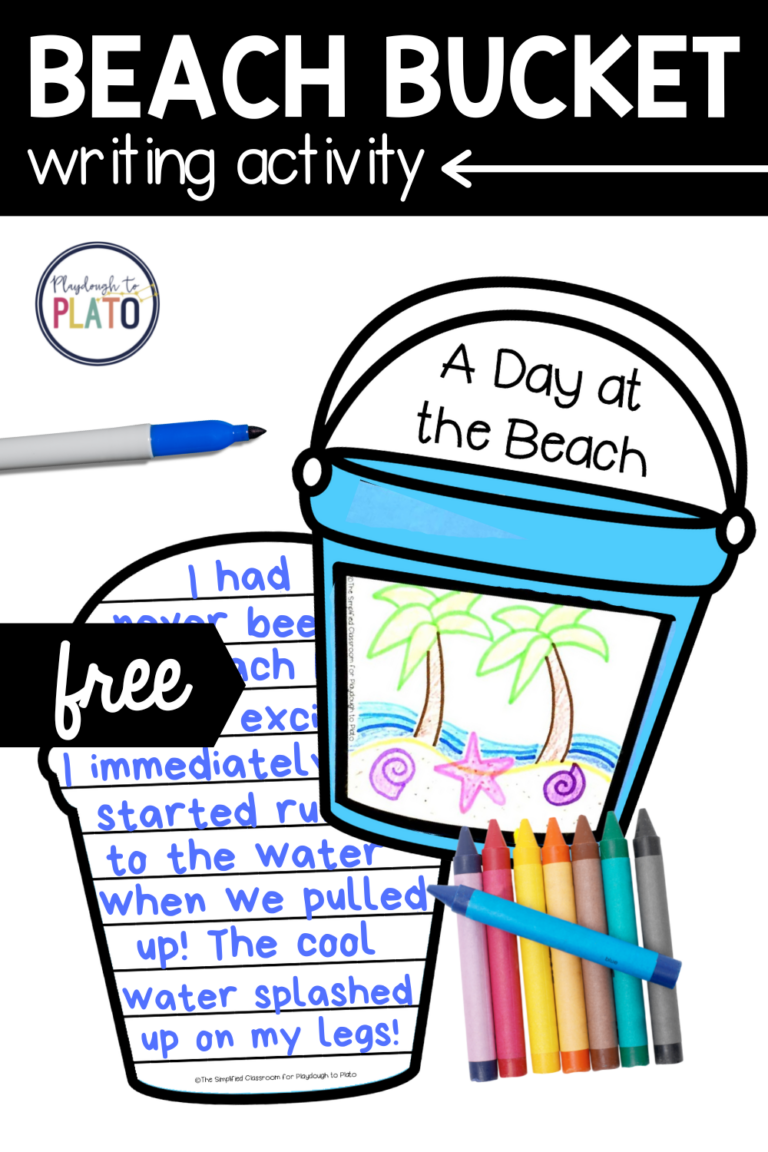 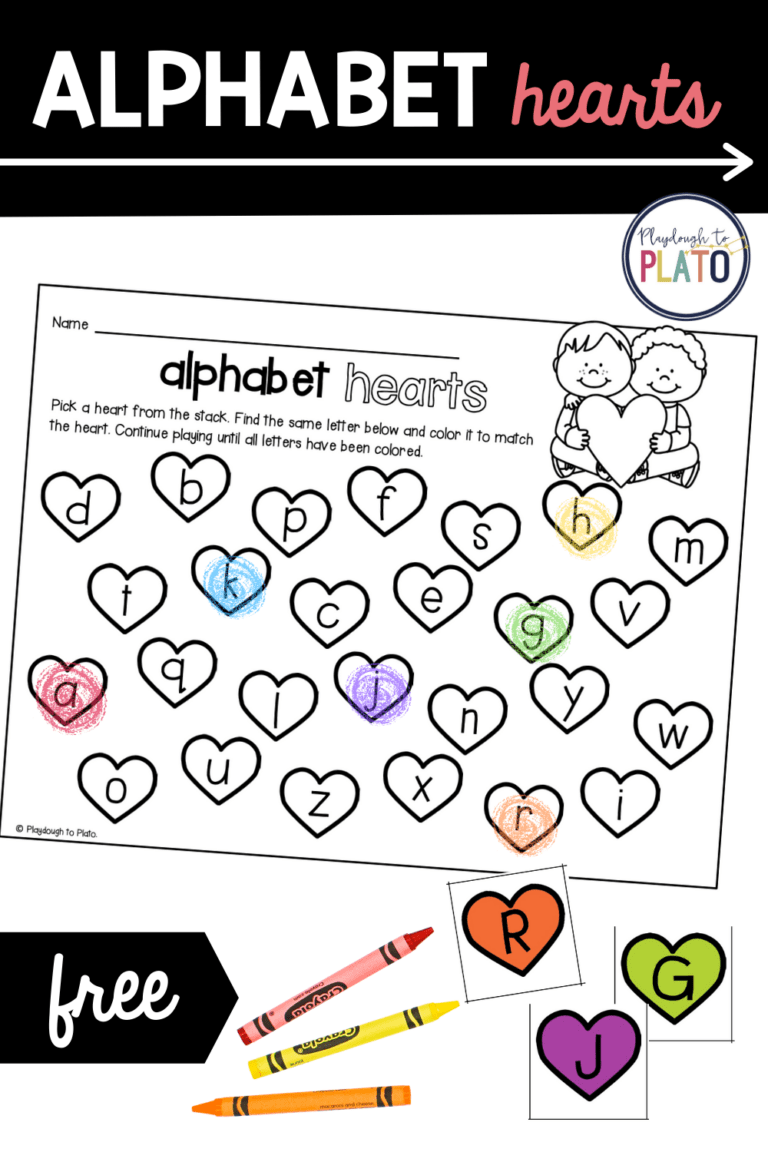 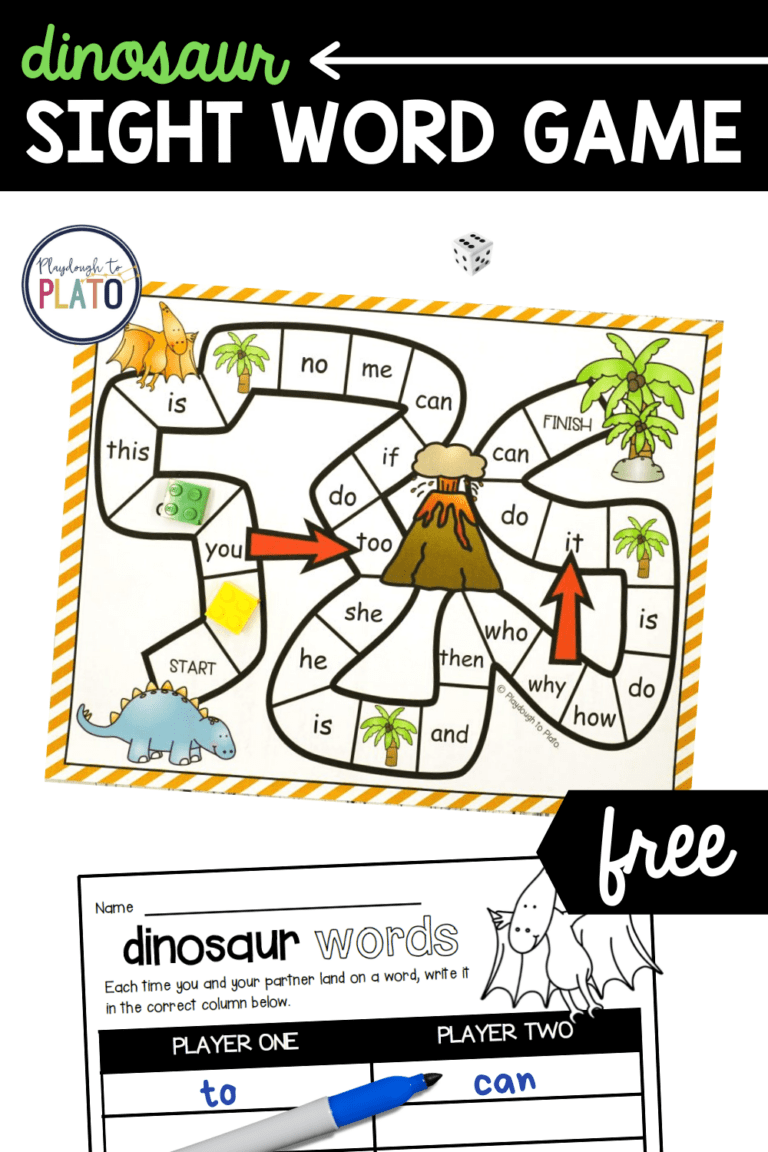 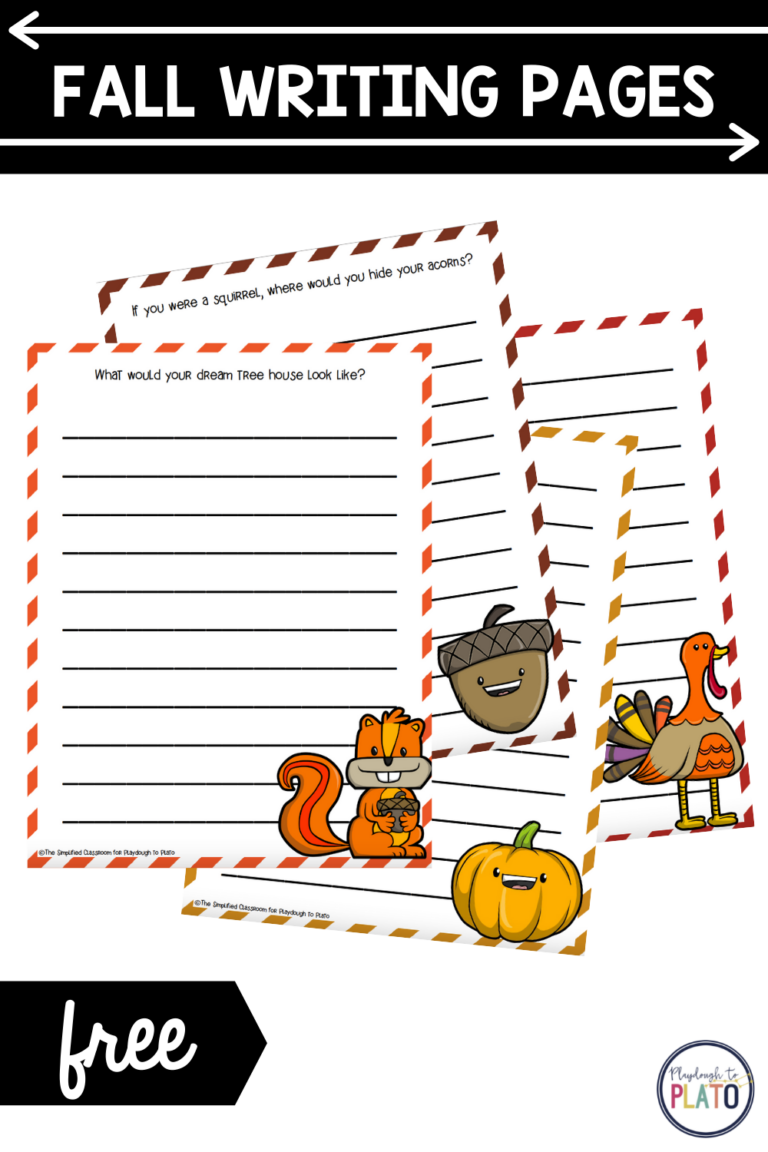