Number bonds are an amazing tool for teaching kids how two parts fit together to make a whole and the relationship between addition and subtraction.

These four playful sets of write and wipe cards make learning number bonds fun for kids and easy prep for you. The cards are great to use as math centers, small group activities or individual practice.

Grab your set in our shop or on Teachers Pay Teachers. 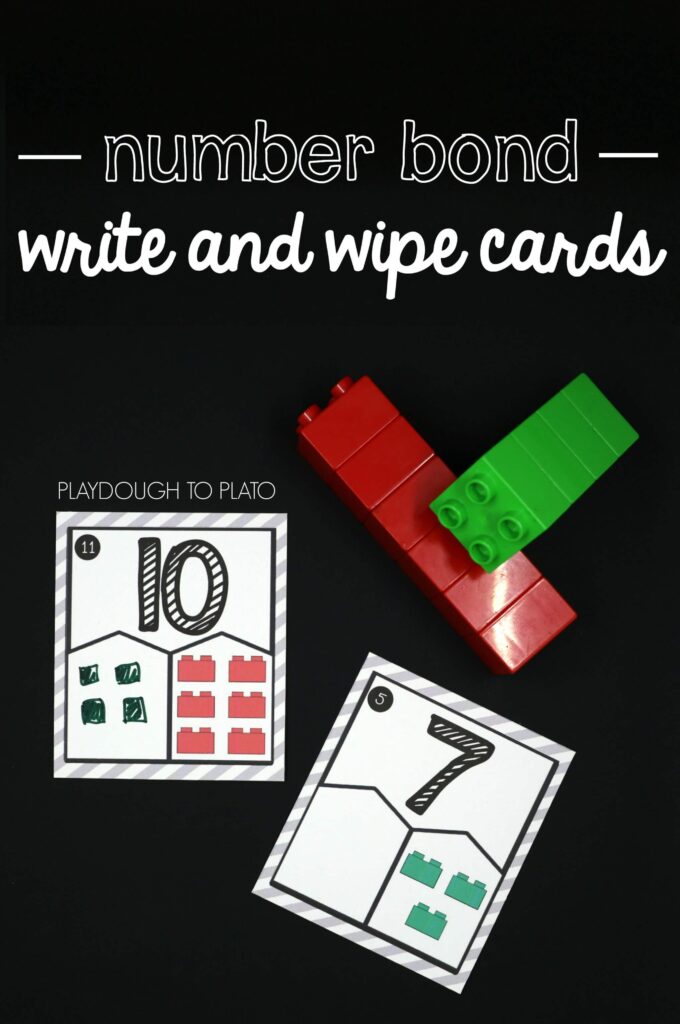 Prepping the activity doesn’t get much easier! I just printed the cards, cut along the lines to separate them and put them through the laminator so I could easily wipe them clean and use them again.

Since the pack includes two versions of record sheets, I printed a copy of the easier one since this would be a first introduction to number bonds for Big Brother (age 6).

Then I grabbed a pencil and dry erase marker and invited him to join me.

To make it easy for you to differentiate, the write and wipe cards include two levels of difficulty:

–> The beginner LEGO and gumball cards give kids the whole number and ask them to find the missing part.

–> And the advanced goldfish and popcorn cards ask students to solve missing parts AND wholes.

Anything with LEGOS is a guaranteed hit in our house so I knew I HAD to pull out the brick building cards first.

I randomly grabbed one of the cards from the stack. It showed a ten on top and two parts: six bricks sat on the right but the left was empty.

Big Brother and I worked together to build a stack of six LEGOs to match the part shown.

Then we switched brick colors and, adding one brick at a time, counted up to ten. 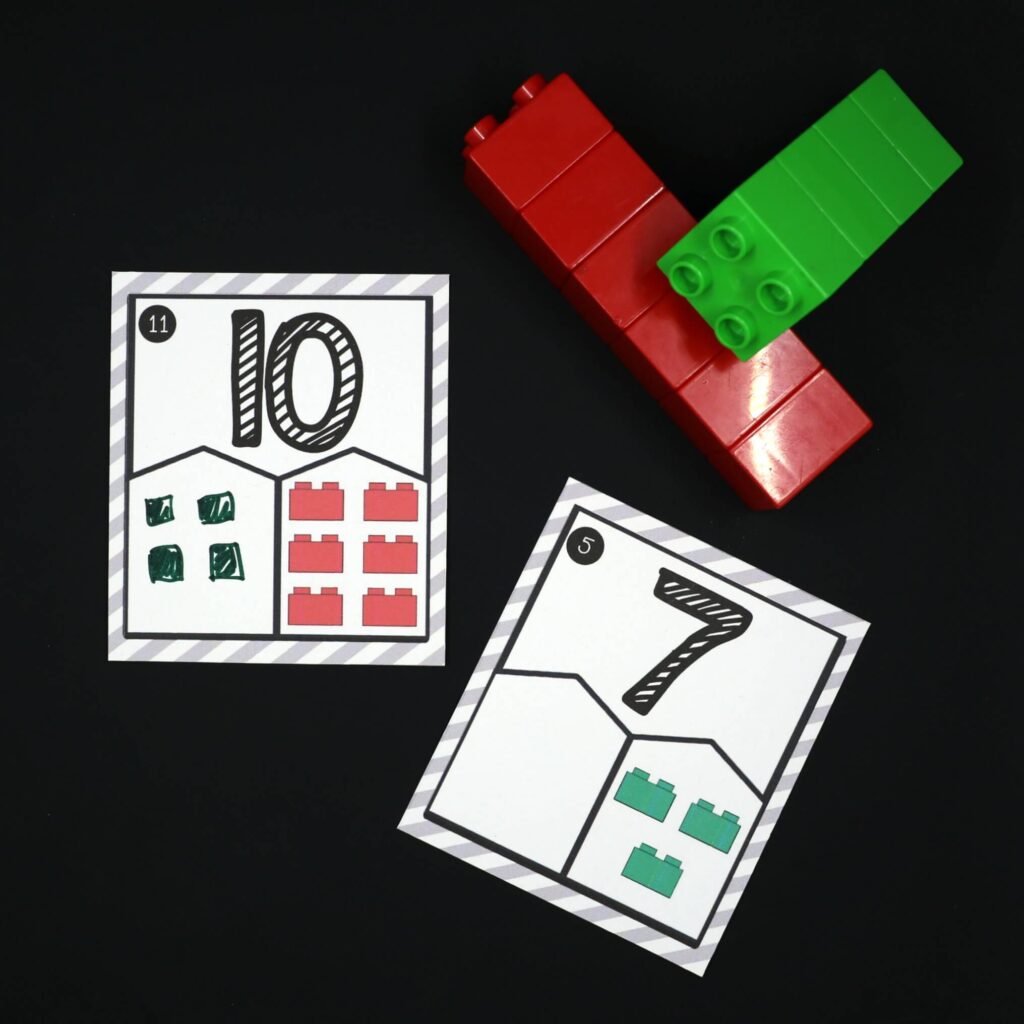 Now he could easily see the two parts that made the total: six red bricks and four green bricks made ten all together.

He eagerly drew four bricks in the empty box.

Big Brother happily continued building and solving until he’d worked his way through all 21 cards in the set.

Later in the day, I let Big Brother choose the batch of number bonds he wanted to tackle next. Gumballs… 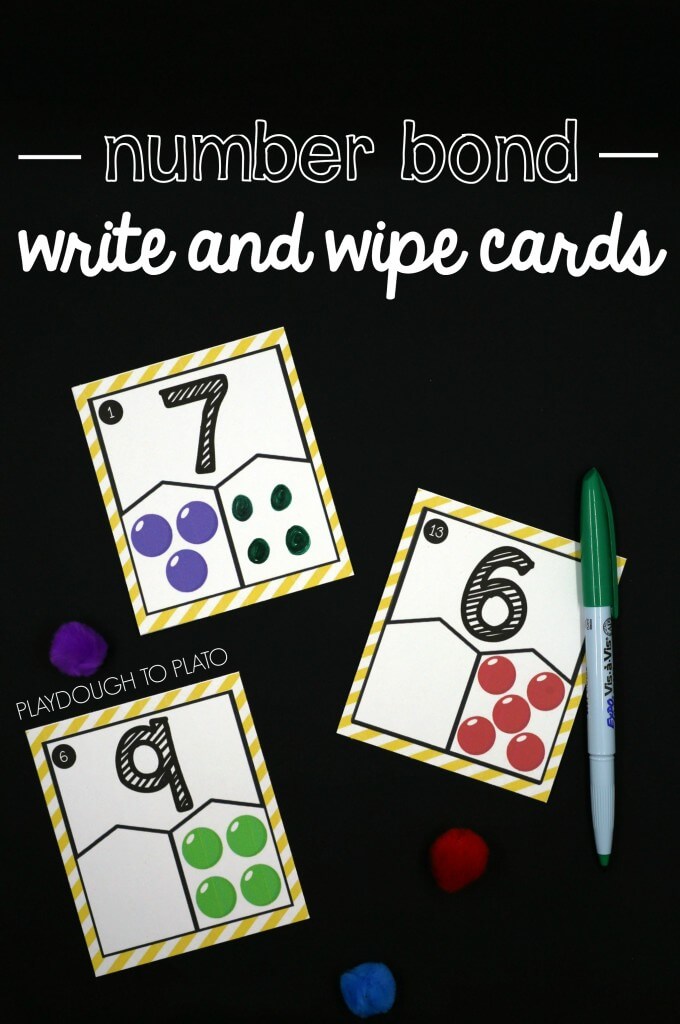 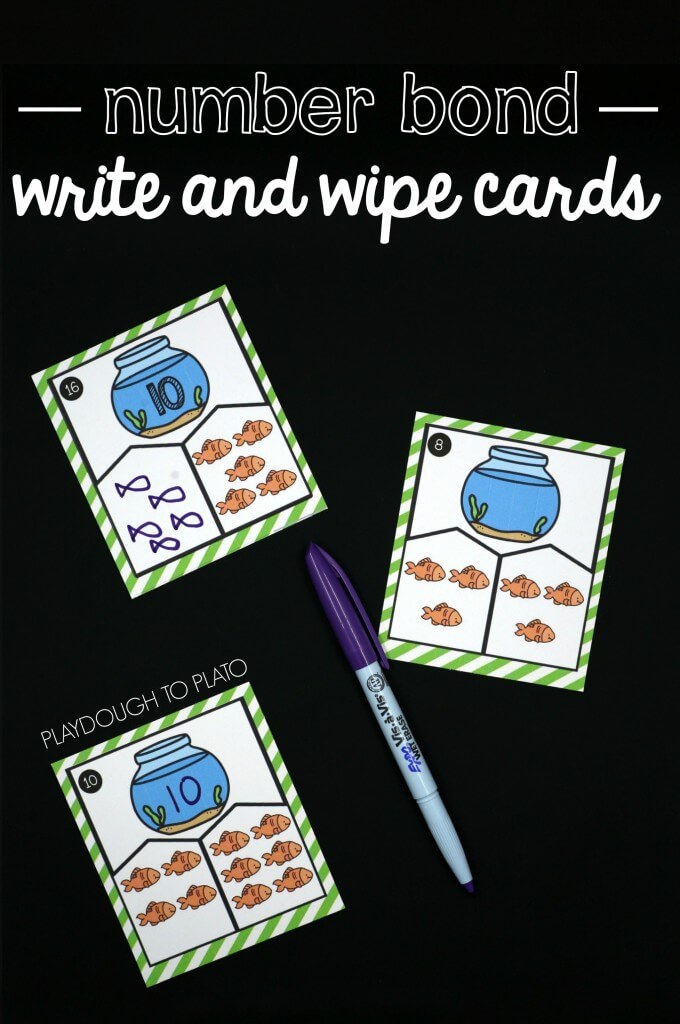 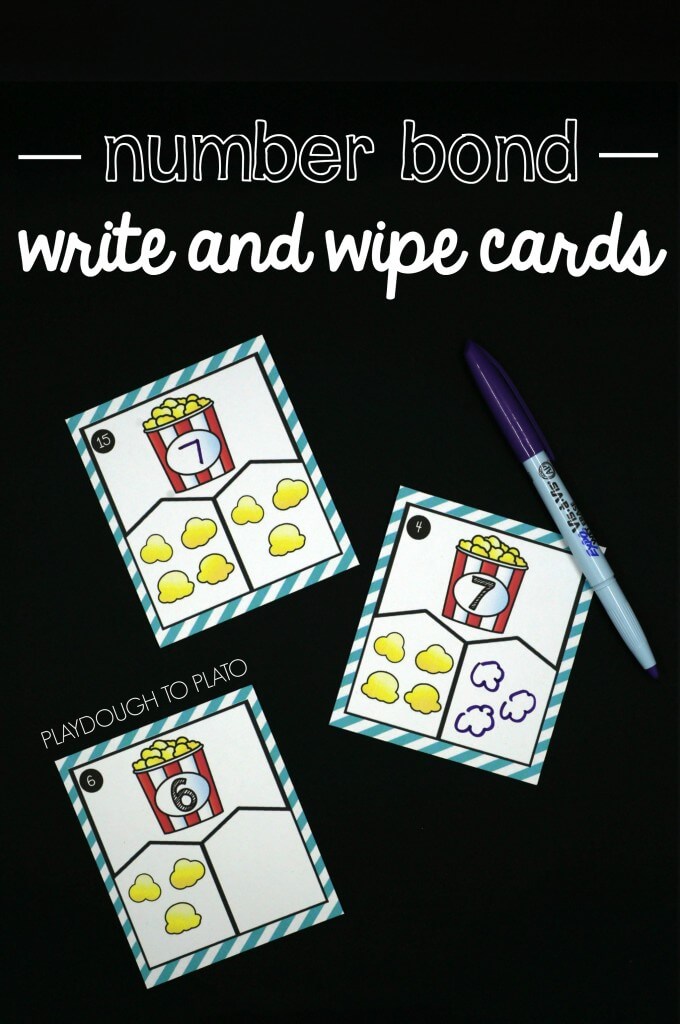 He picked popcorn and began solving the stack of cards.

When he was finished, I showed him how to record the number bonds on the record sheet. 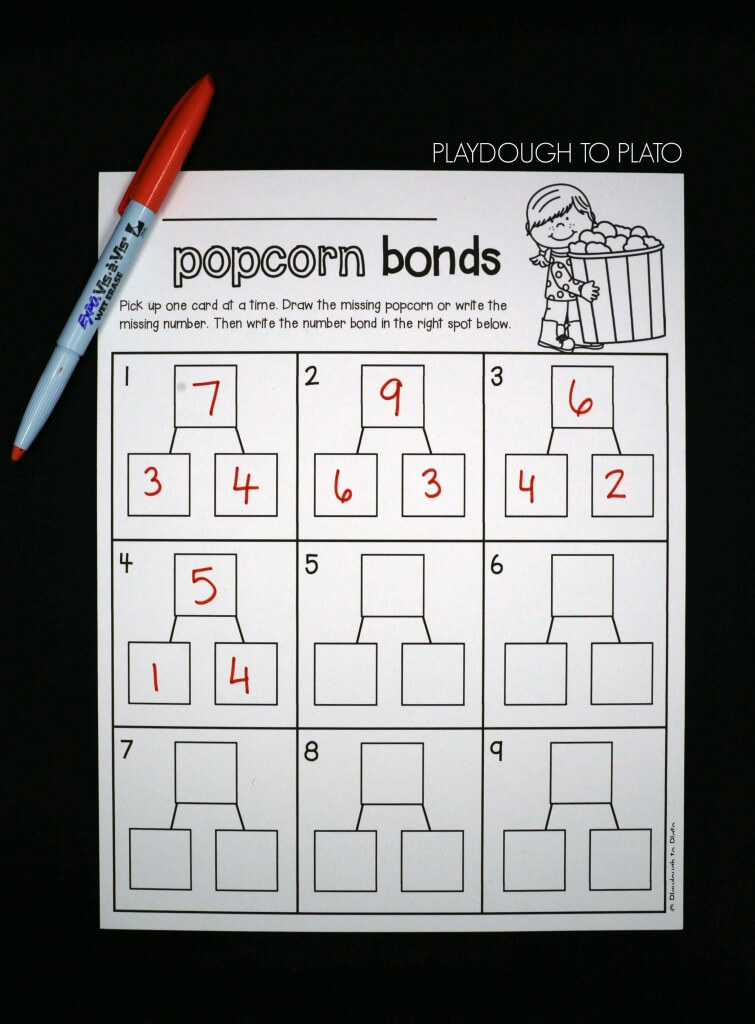 Although he wasn’t quite ready for the extra challenge, I also included a second version of the sheets so that you could easily differentiate for a variety of learners. On the more advanced version, children write all four equations made with the number bond. 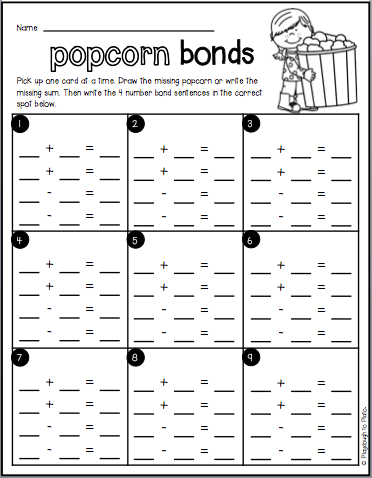 Ready to have fun tackling number bonds too?! Grab your set in our shop or on Teachers Pay Teachers.