Life Science Activity for ages 2 to 5.

This kid’s science experiment is an oh so simple, hands-on way to learn how certain animals like frogs and turtles are able to survive winter’s freezing temperatures. 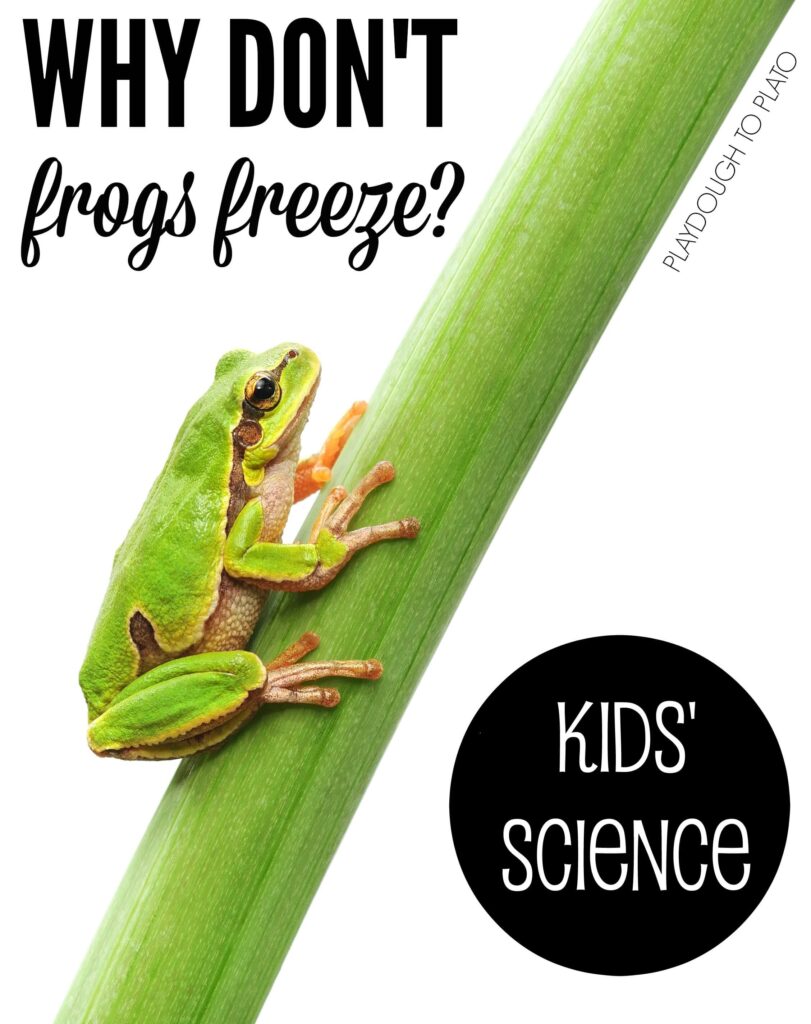 With winter in full swing, my 5-year-old has been reading a lot about how some animals deal with the cold. Some animals avoid the cold by migrating, others grow thick winter coats, store fat, and hibernate. However, a few kinds of hibernating frogs and turtles can’t burrow deep enough to avoid sub-zero temperatures.

With a few common household items my 5-year-old, A, was able to see exactly how these critters are able to withstand freezing and thawing with this fun life science experiment.

The prep for this activity couldn’t have been easier. I grabbed 2 plastic containers with lids {empty yogurt containers work perfectly}, a glass of water, a jug of maple syrup, and called both my kids over. It was that easy!

I handed A the glass of water and had her fill the container to the line made by the lip. I wanted her to be able to look at the frozen water and tell if it had changed in volume so I made it a point to pour to a defined line. 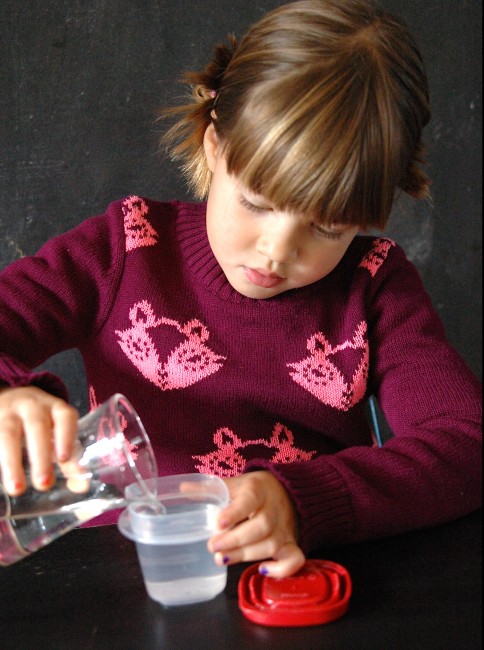 A grabbed the second container and repeated the process with the maple syrup. My 2-year-old, Q, was more than eager to help so I quickly grabbed two more containers so he could do the experiment too. 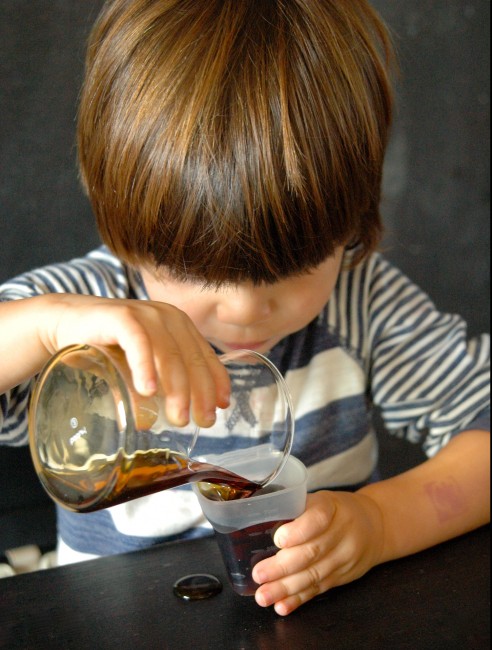 Then the kids snapped on the lids and popped them in the freezer. Then came the hardest part of the experiment: waiting.

The next day, the kids ran to the freezer to see what had happened to their containers.  Before opening them, I explained that the water represented the cell of an animal. It would show us what would happen to most animals {including people} if they were left unprotected in freezing temperatures. Both A and Q opened their water containers, turned them upside-down, then poked the hard ice saying, “it’s frozen!” 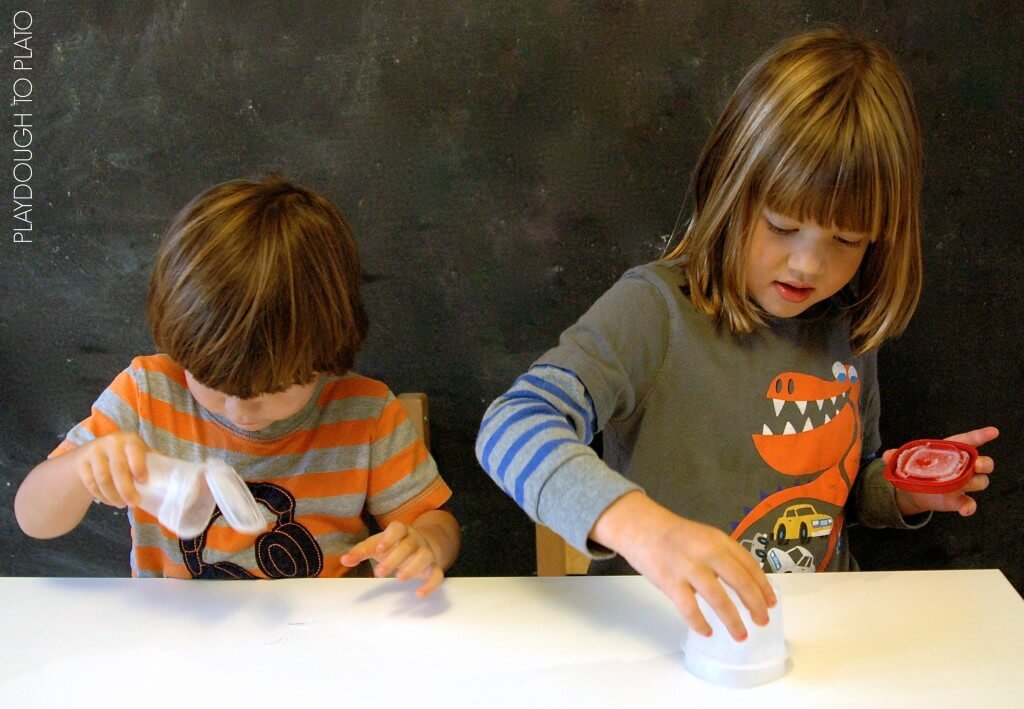 I asked A to look at the ice closely and see if she could tell if the water got bigger or smaller when it froze.  “Bigger,” she exclaimed.  I explained that as the water froze, ice crystals formed and caused the water to expand. The ice crystals damage the cells in most animals’ bodies if they freeze and that is why most animals don’t survive.

Next, I handed both Q and A a bowl and passed them their containers of syrup with the lids removed.  Immediately they turned their containers upside down to see if the syrup had frozen and watched as the sweet thick syrup streamed into their bowls. 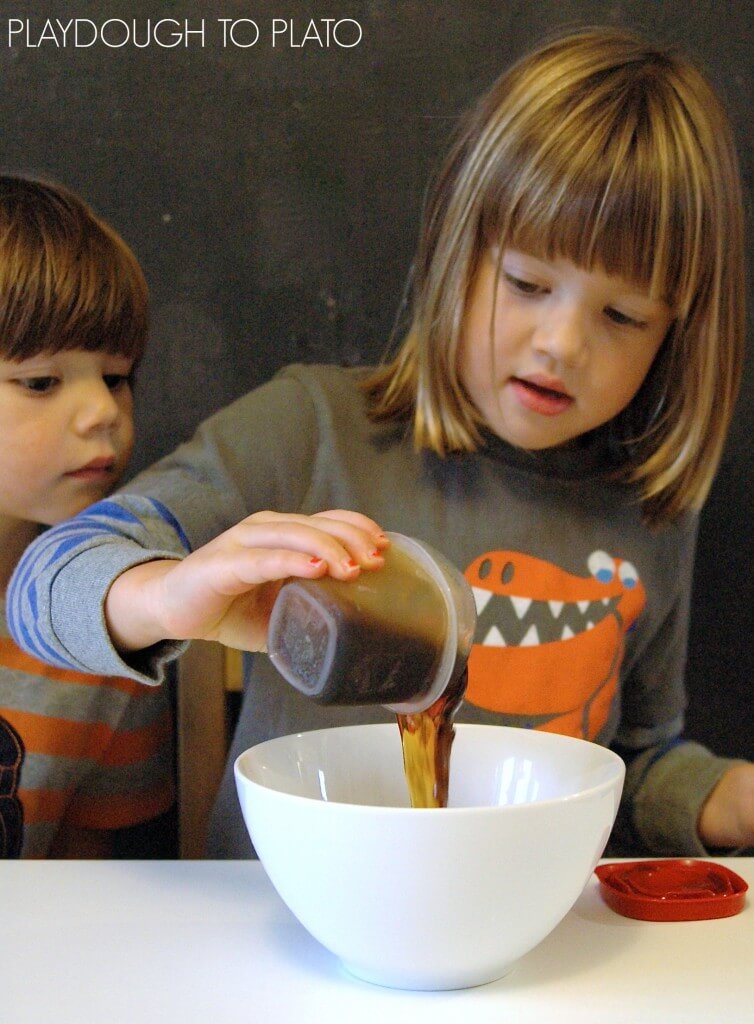 “It didn’t freeze!” exclaimed a very surprised A.

I explained that the syrup is a sugar like glucose.  Certain hibernating animals, like the wood frog, make a ton of glucose in their liver then send this glucose through their bloodstream to every tissue in their bodies.  The glucose-rich cells {like the syrup} don’t freeze like normal body cells {like the water} and thus the frog can survive once thawed.  A thought that it was a pretty darn cool life science activity.

For more about hibernation and other ways animals survive winter, my kiddos really enjoyed reading these books:

For more winter activities that kids will love make sure to check out our Snow STEM Pack in our store or on Teachers Pay Teachers. 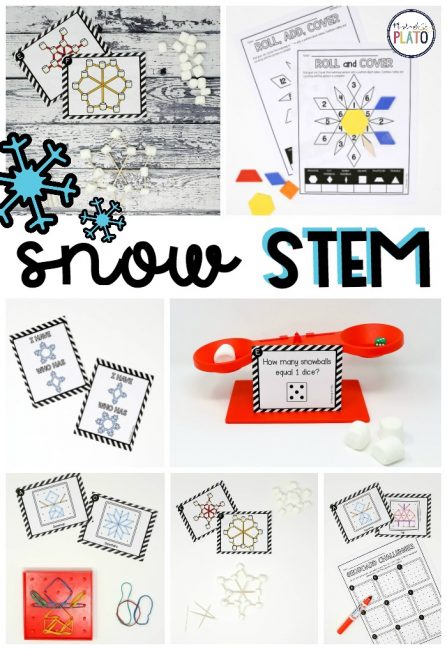