Working with syllables is a great way to encourage kids to listen closely to the sounds in words. And the ability to differentiate and break down words into smaller units of sound is super helpful for learning to read and write well in the early years. Help beginning readers build the skill using these fun to play, self-checking syllable clip cards! 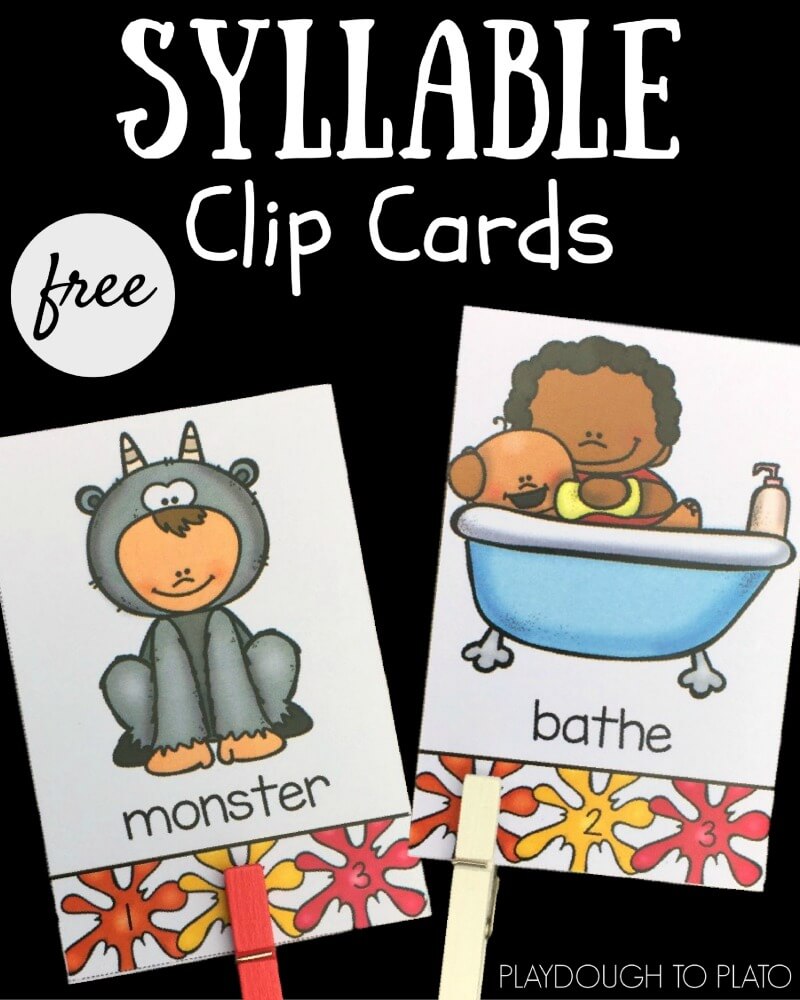 To prepare these syllable clip cards, we printed them onto cardstock and cut along the dotted lines.

Then we folded each card in half along the gray line in order to create double-sided cards that were perfect for self-checking and for reinforcing the learning concept.

On the wrong side of the cards we applied a glue stick before folding the cards back to back to create 2-sided cards and pressing them firmly closed so they wouldn’t come apart. 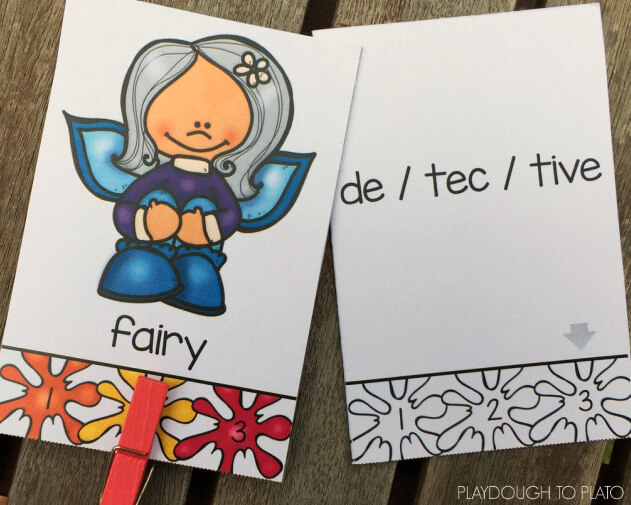 You could also laminate them closed instead of using glue, and have the added bonus of creating cards that will last really well!

We like to clap when learning about syllables so we started off by clapping our names and favorite animals.

Once we felt like we were in the groove, the kids and I then introduced other random words and silly, made up words like “baggop” and “poxhumtop”.

Then, while the kids’ confidence was high, I pulled out the syllable clip cards. We worked on some of the cards together before splitting off into smaller groups to work without adult supervision.

First, the children looked at the pictures and did their best to sound out the words. Then they tried to stretch the word out and talked about whether the speech emphasis was on the beginning, middle or end of that word.

We then tapped the word out into its 1, 2 or 3 syllables.

After deciding how many syllables we thought a word had, we attached a peg to the correct number. For instance, the “musician” had three syllables and “play” had just one. 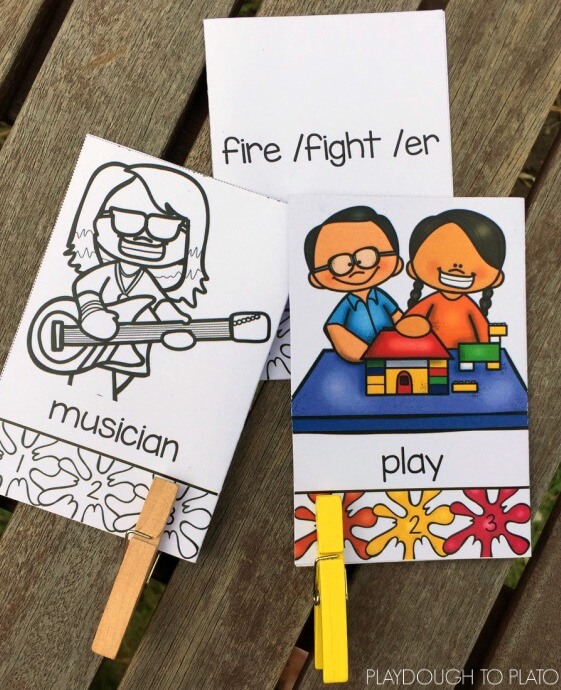 Being able to hear the number of syllables is a good first step, but it doesn’t mean that kids know exactly how a word is broken up. So the students took guesses as to where exactly the words were split. Then they turned the card over to see the word divided into its parts plus the arrow at the bottom pointing to the number of syllables.

The children found that looking at the separated words really helped them understand the idea behind syllables and reinforced that English sounds can sometimes be tricky!

Click the blue download button below to snag your free set and then hop over and grab our complete Syllable Segmenting Pack! 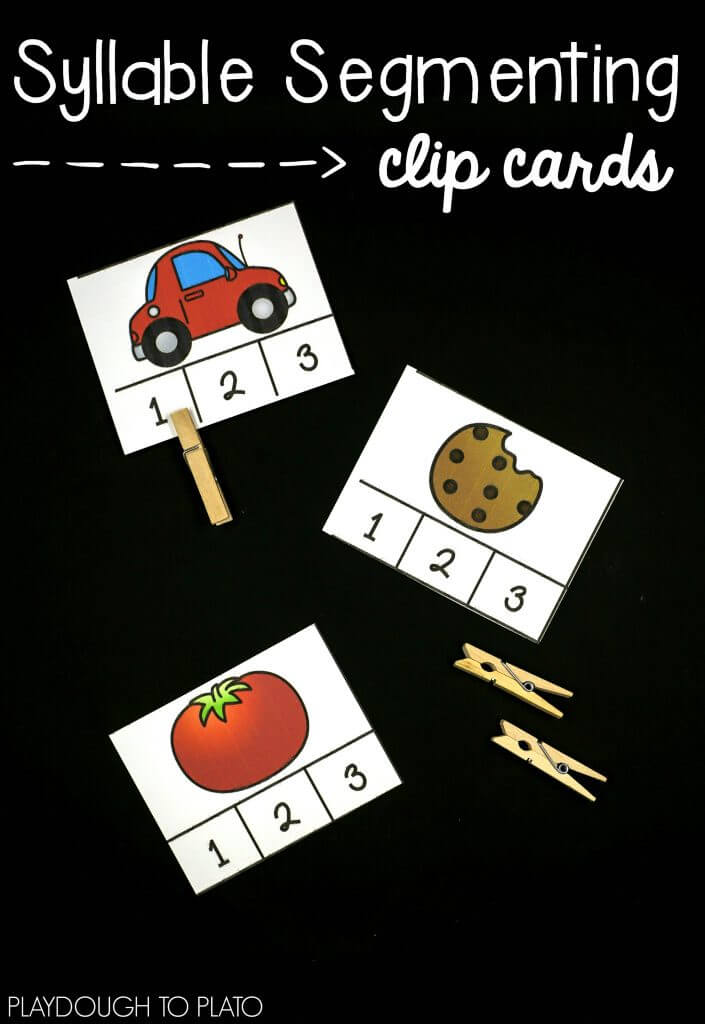