Learning alphabet letters is an important skill for young learners.  This Race to School ABC game is a fun and engaging way for children to practice both uppercase and lowercase letters.  It’s a great game to use at the beginning of the school year with preschool or kindergarten students.

For more alphabet fun, check out our best-selling Ultimate Preschool Activity Pack in our shop! 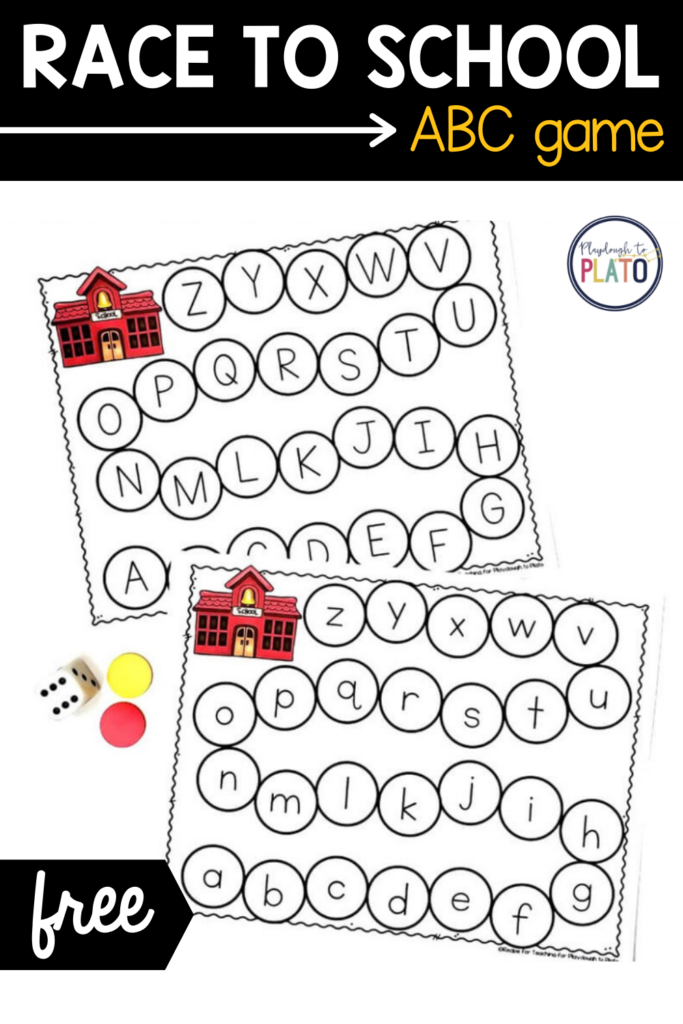 This ABC game is super easy to prepare!

I just printed the game boards for my students on white card stock to make them sturdy.

Although I didn’t do it, the boards can be laminated or placed in a plastic sleeve for extra durability.

I grabbed a die and red and yellow counters to use as playing pieces. (Cubes, gems or any other manipulative would work as well.)

There’s a recording page included in the download (below) that you can use with students who are ready to practice writing letters as they play the game. It’s a great challenge for those kids who can use it! 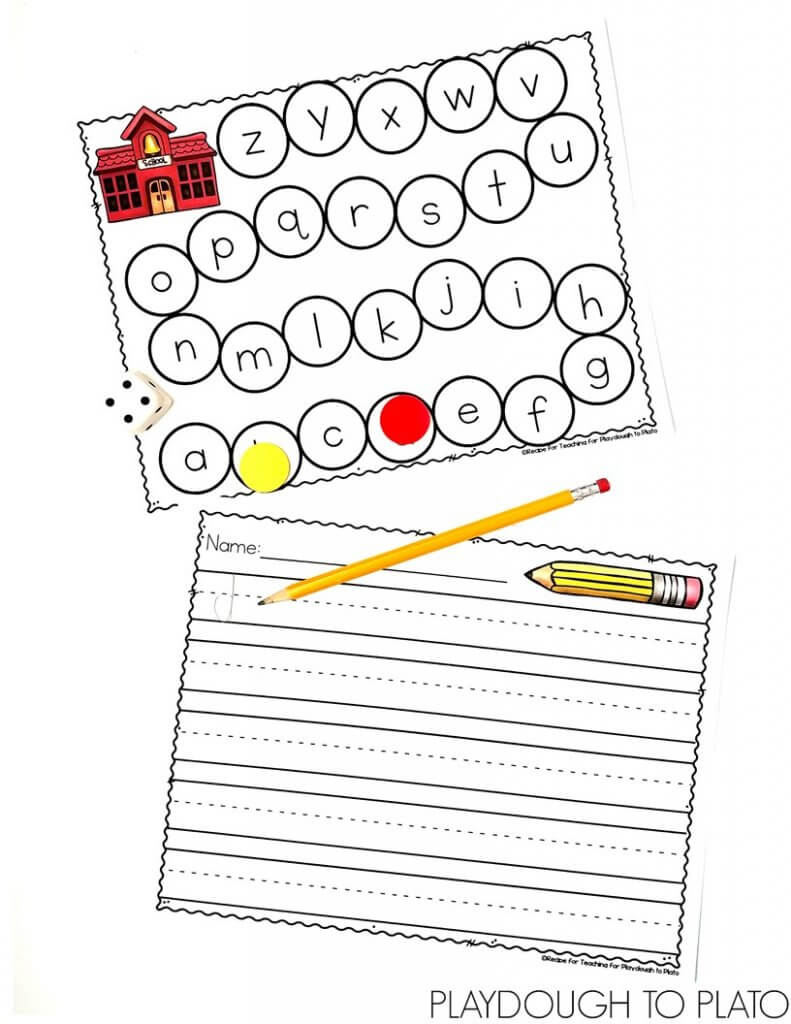 I like to introduce games to my students by playing teacher vs. the class on our document camera.

A volunteer and I placed our playing pieces right before the letter “A” at the bottom of the board.

Then, we each took turns rolling the die and moving that many spaces on the game board.  (I love when math and reading collide in one game!)

Each time we landed on a letter space, we said the name of the letter out loud. 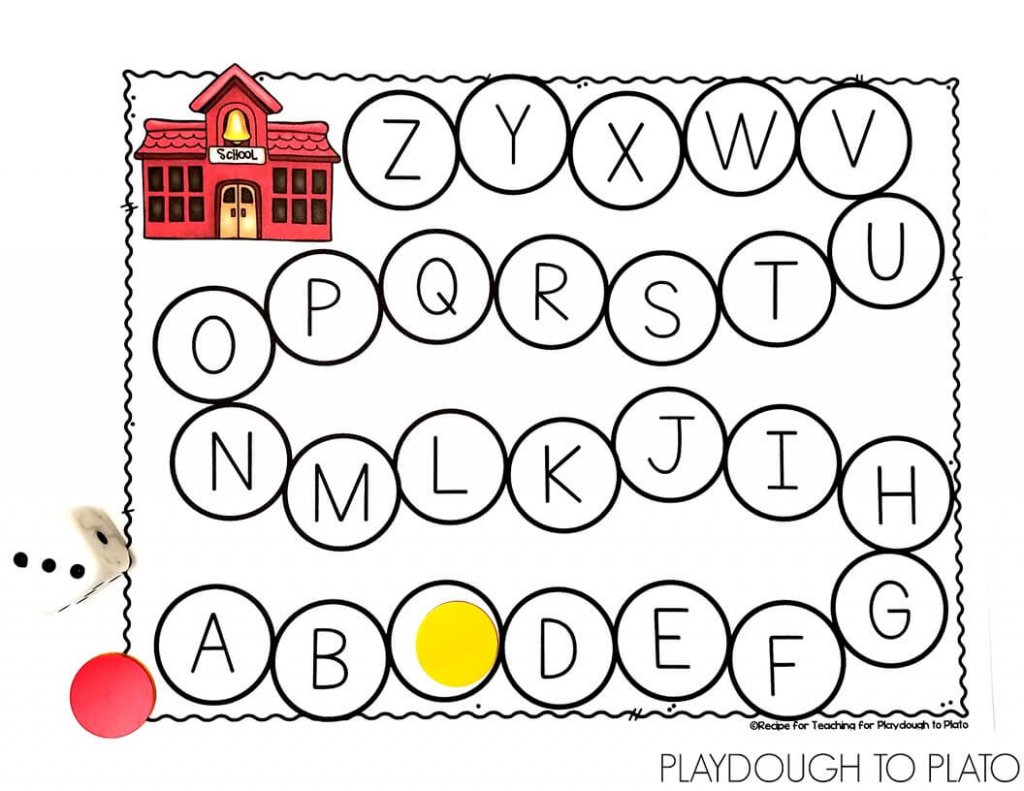 We continued taking turns rolling the die and saying the letter name until one of use reached the school.  The ABC game was fun for all! 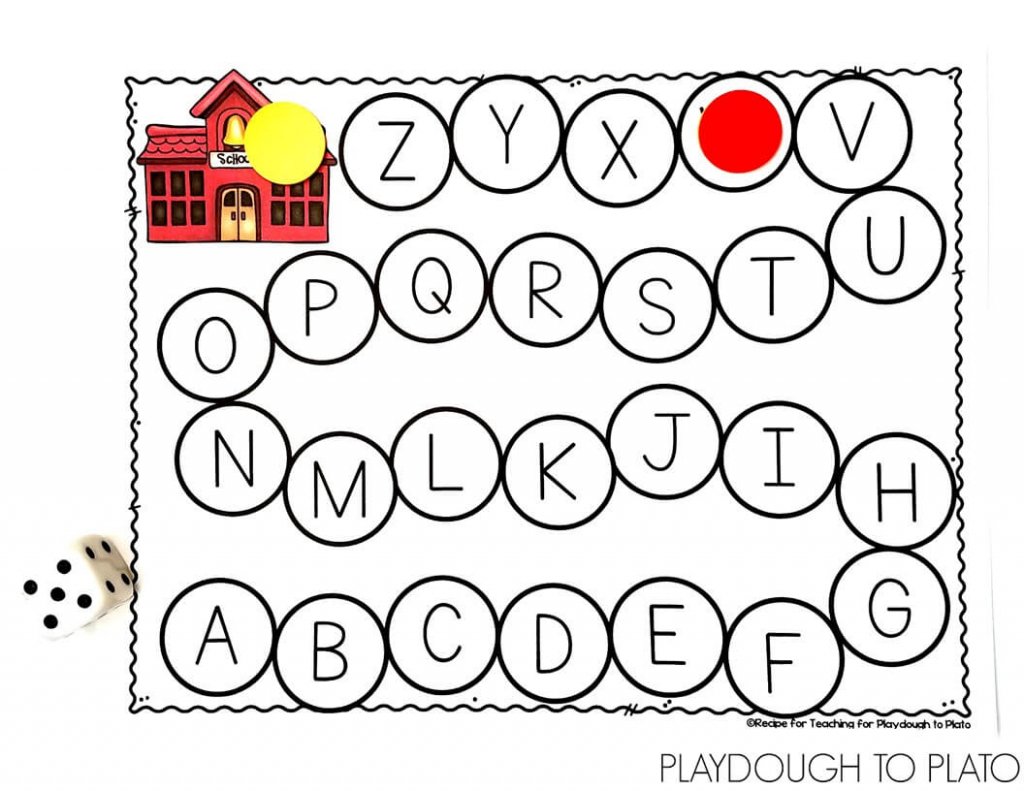 This game is great to use with small reading groups, as partner work or at a literacy center too. It could also be printed and sent home for students to play at home with their families. There are so many possibilities!

Depending on the needs of the students in your classroom, this game can be easily differentiated for your students.

And for students who are ready, they could practice writing the letters that they land on using the lined paper.

Ready for some Race to School alphabet game fun?!  Click the button below to grab your free download and then hop over and snag our best-selling Ultimate Preschool Activity Pack, too! 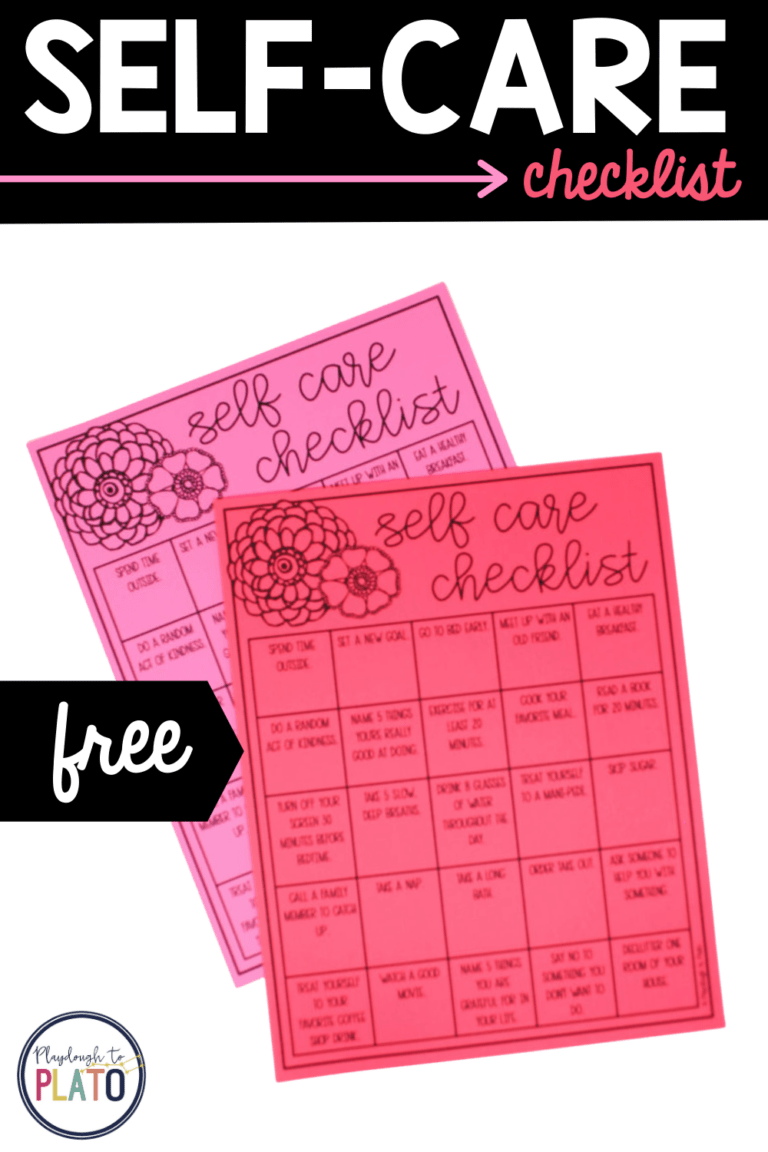 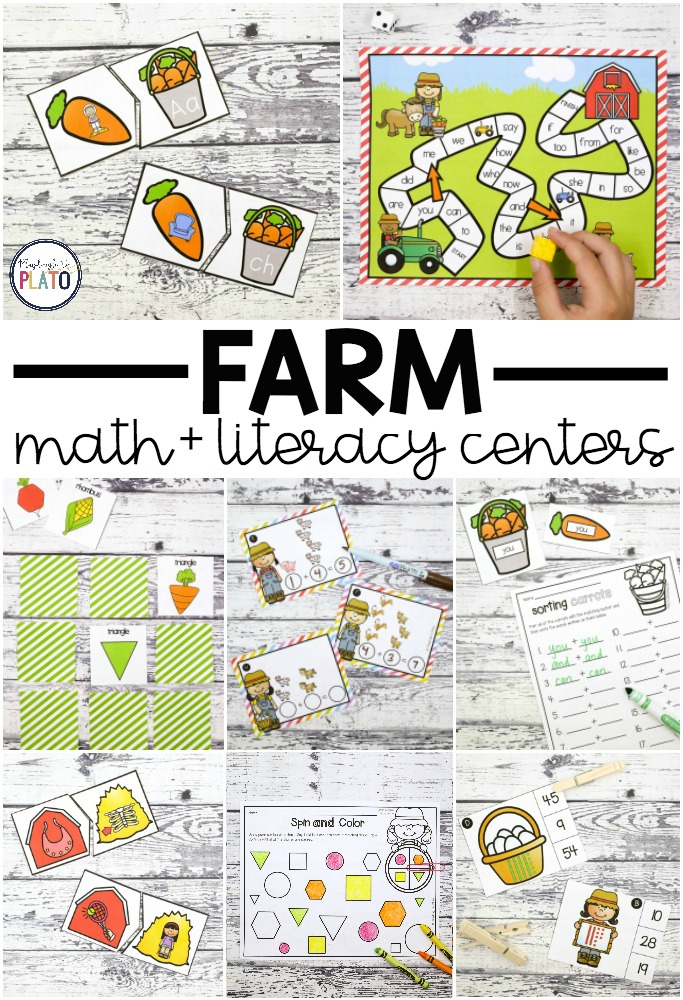 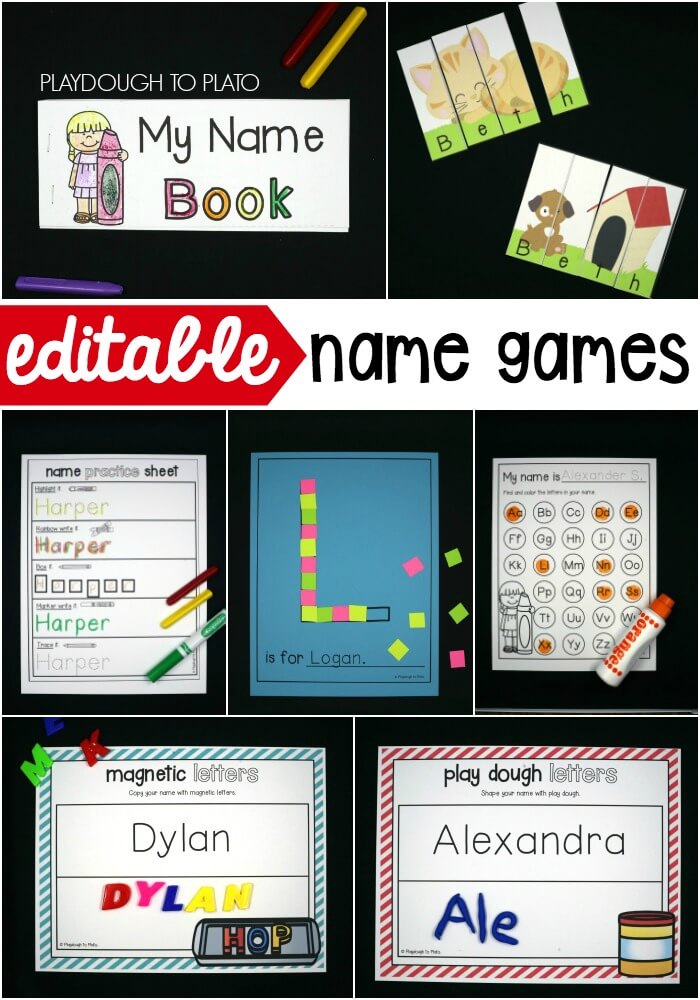 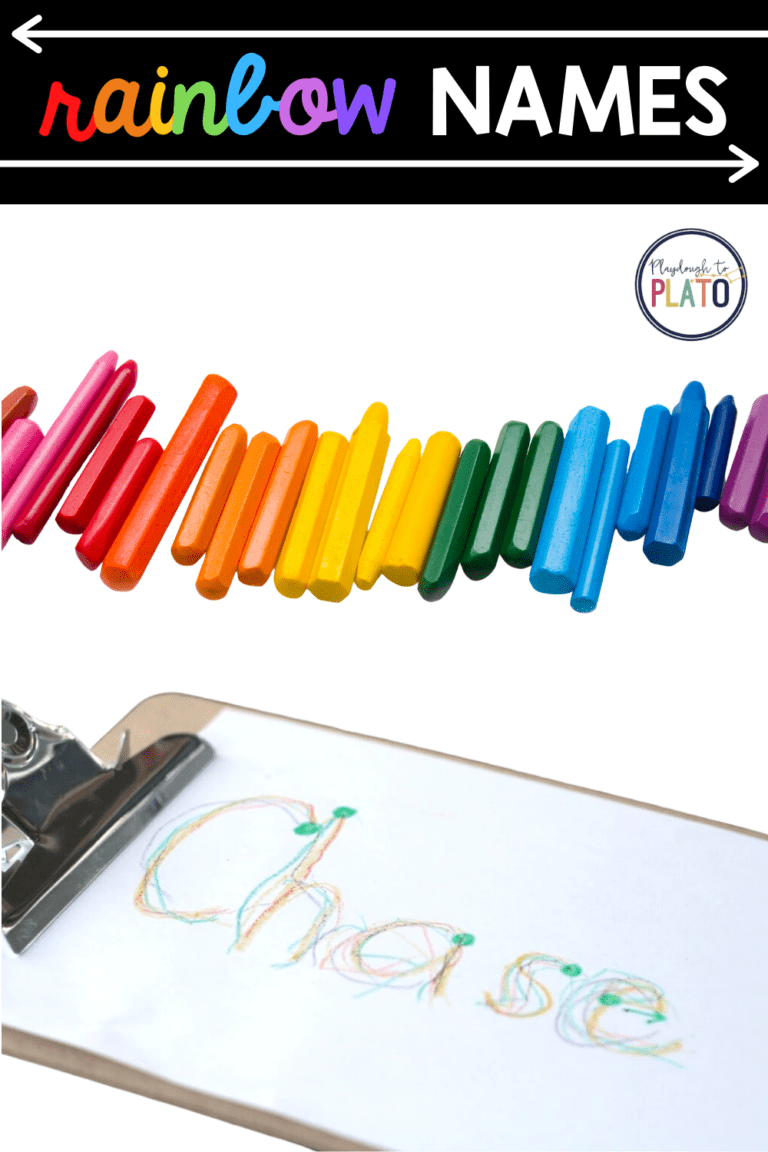 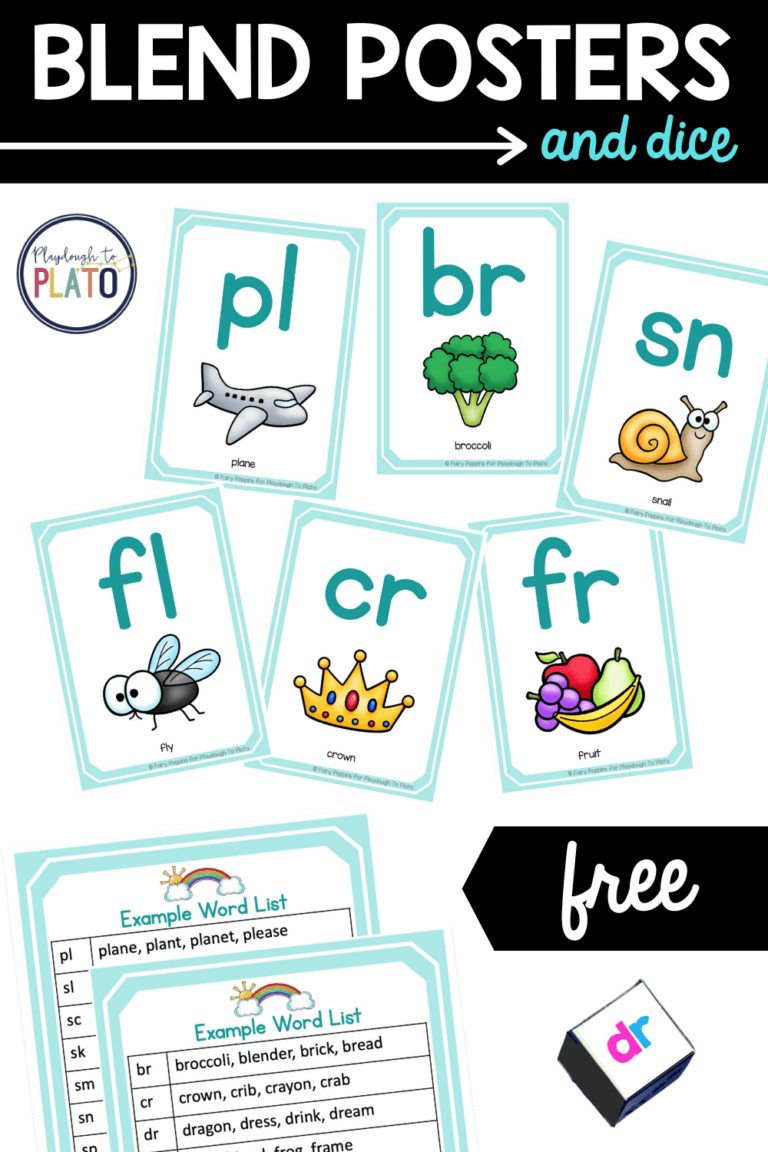 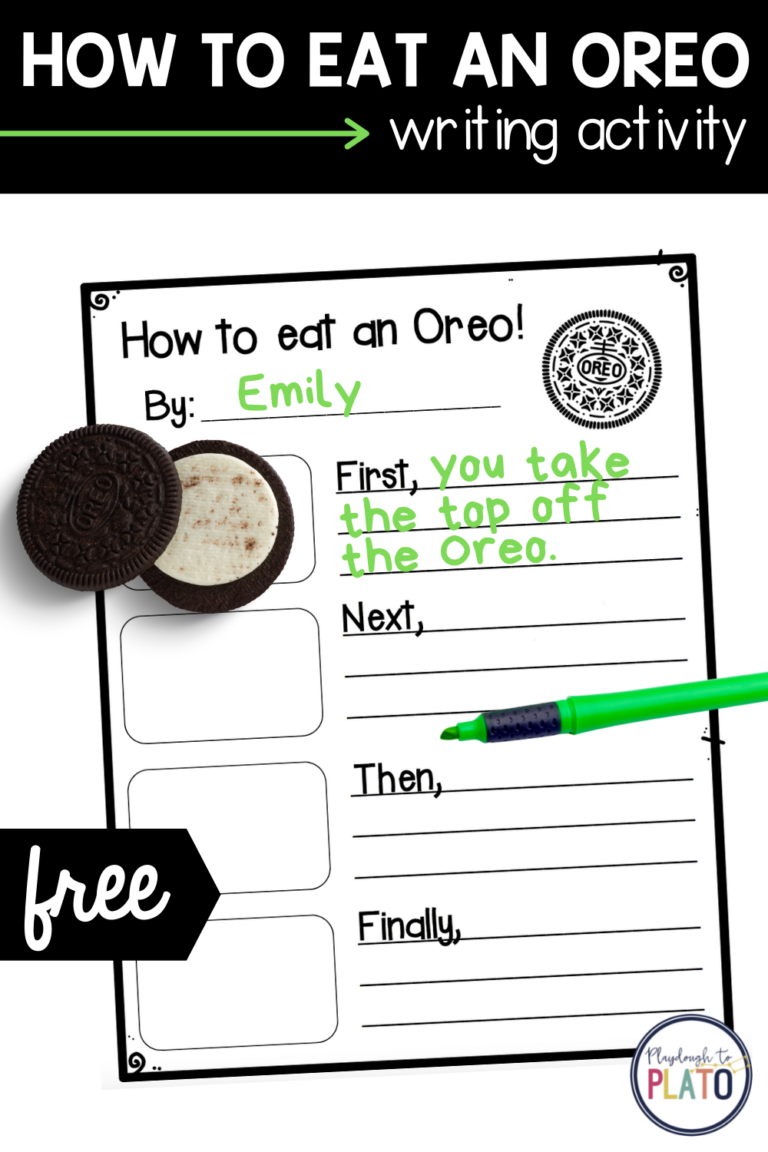