Need a playful 2D shape game for kids? You’re in the right spot.

This entertaining monster game gives children practice with shape recognition AND graphing at the same time. It’s double the fun! 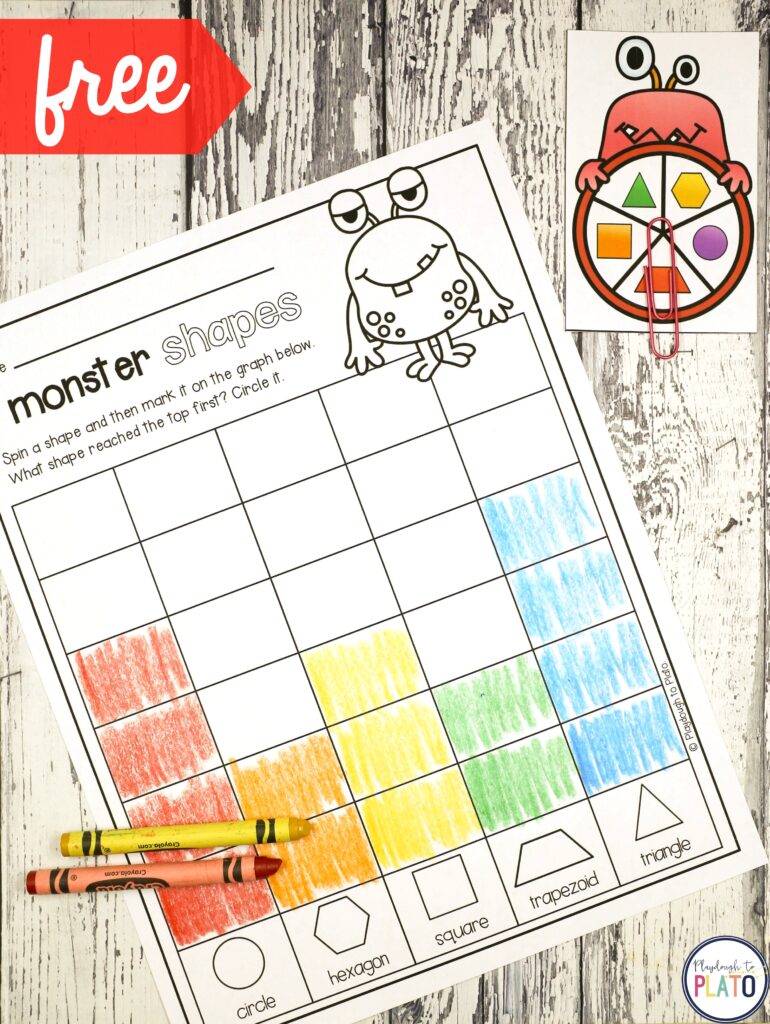 The game has two versions: one practicing five shapes at once (triangle, hexagon, circle, square and trapezoid) and another option working on just three (triangle, circle and square). 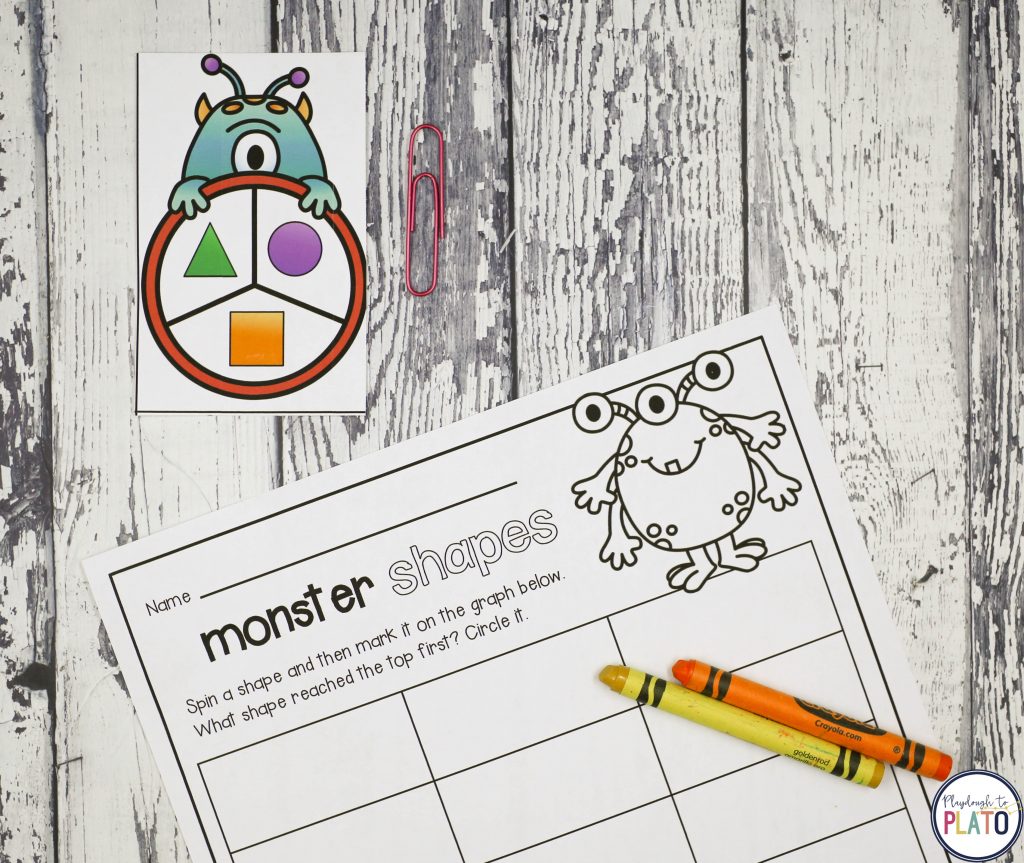 Since I was going to play the game with my pre-kindergartener AND my kindergartener I printed one set of each record sheet and spinner. 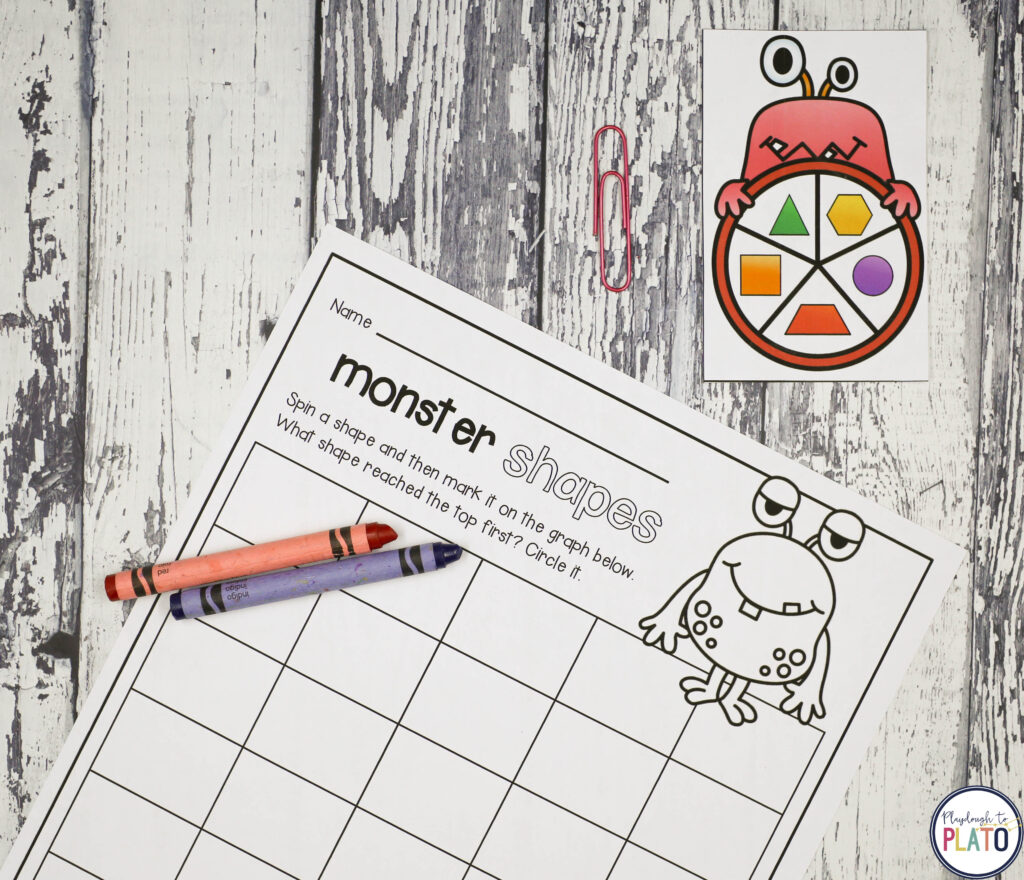 Then I grabbed a paper clip and pencil to use with each spinner and pulled out our box of crayons.

We were ready to play!

Little Sister (age 4) was eager to jump in so she placed the paper clip in the center of her spinner and flicked it around the eraser of her pencil.

She announced the shape name out loud (“square”) and then I helped her color the first spot in the column to mark her spin. 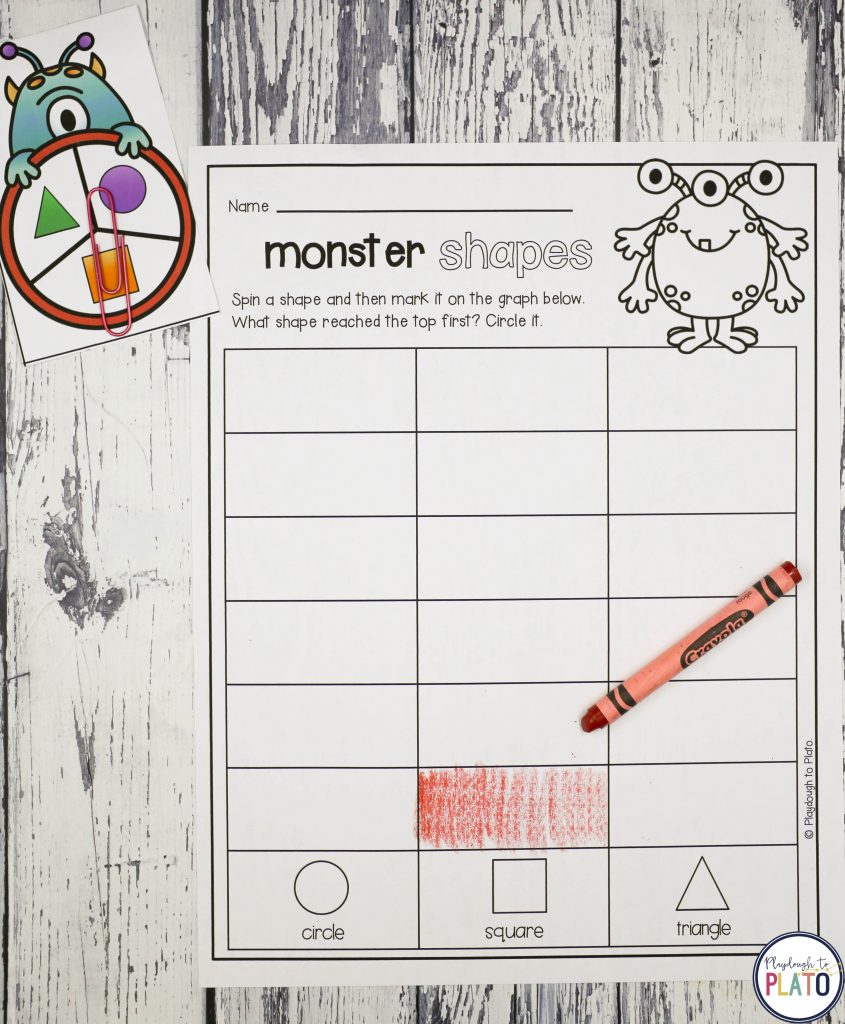 One round after another, her graph began to fill.

Meanwhile, across the table, Middle Brother (age 6) was working on his five shape version of the game.

When he is finished, he circled the shape that reached the top first to show it was the winner.

Ready to have some monster-sized fun with shapes too? Find more playful monster activities to add to your must-try list below and then click the blue “Download Here” button to get your free monster shape graphs. 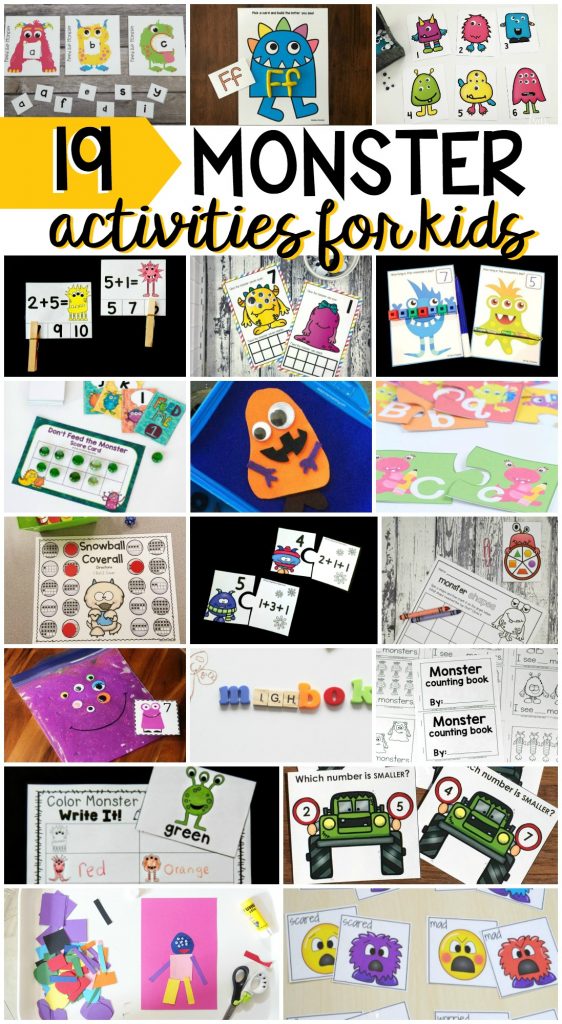 Monster Counting Emergent Reader // A Dab of Glue Will Do