This LEGO game is a simple way to help kids learn important direction words including {in front, on top, behind, left and right}.  This easy prep, fun-to-play partner LEGO game uses one of kids’ favorite toys to do just that: LEGOS!! Just dig out a divider and a few of your child’s blocks and you’re ready to play.

For more fun games and activities, become a VIP Plato Pack member so you can get all of the tools, strategies and support you need to reach ALL of your learners. 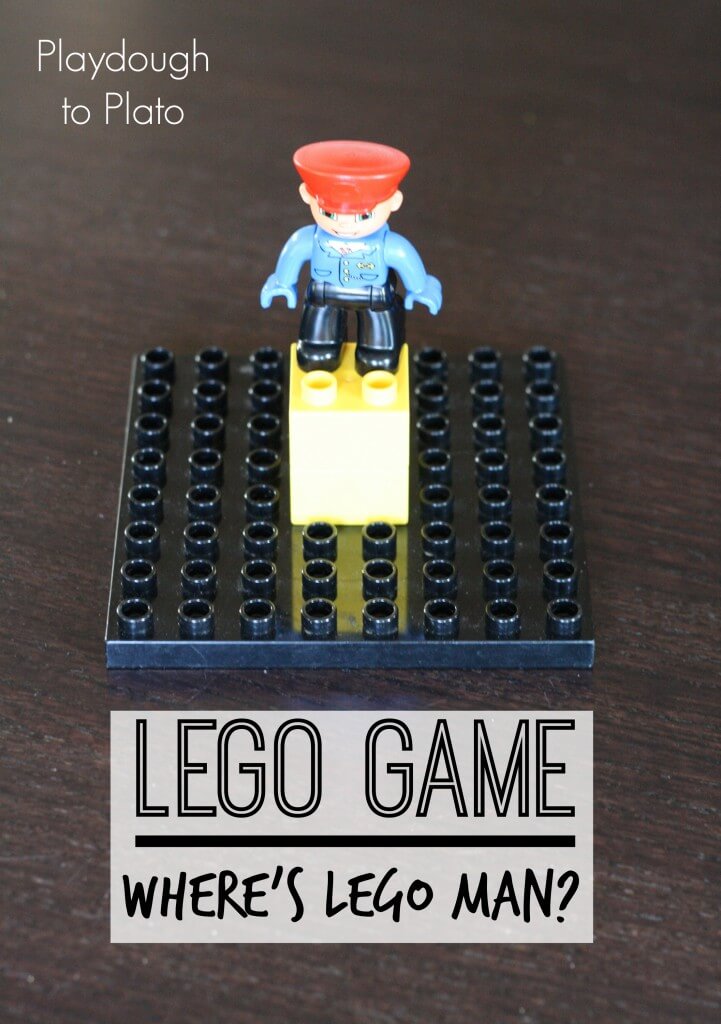 I arranged two sets of playing pieces. Each one had a LEGO base, LEGO man and a short tower of blocks. {I used the larger DUPLO blocks but the smaller LEGO pieces would work just as well.} 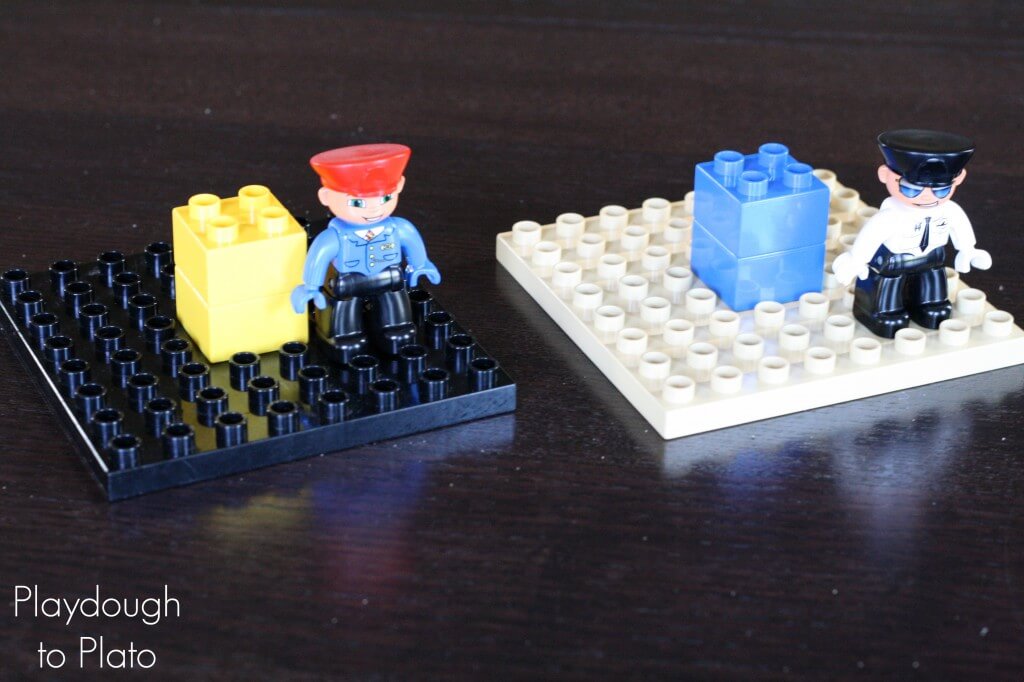 I placed a tall divider I found at the Dollar Store in the middle of our dining room table and laid a play set on each side of it. 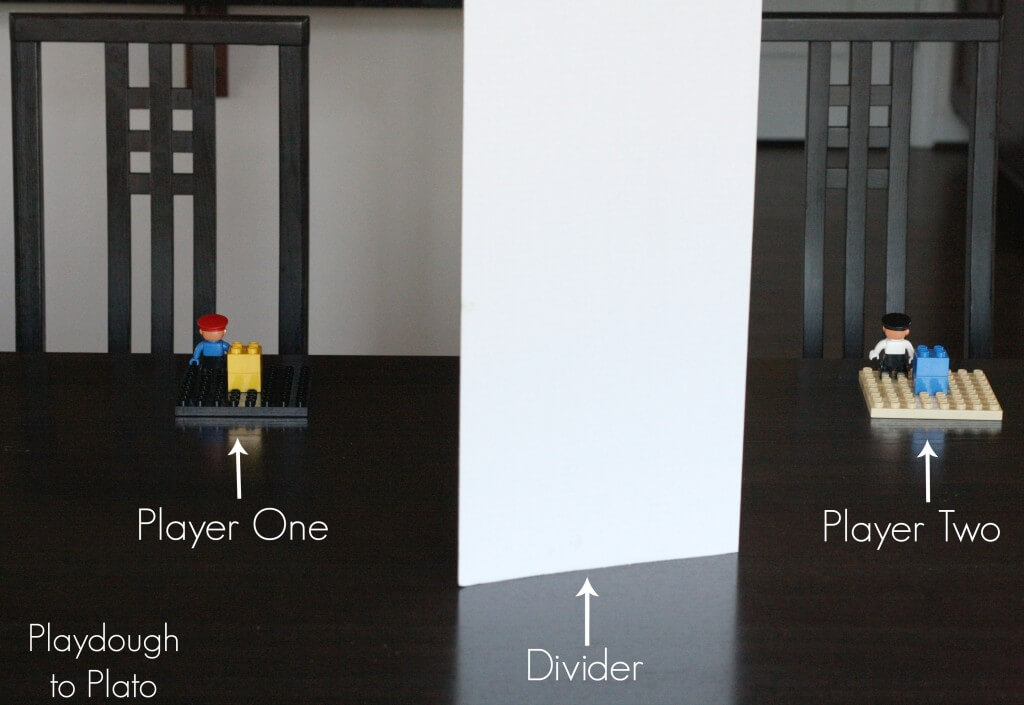 When my boys {ages 2.75 and 4.5} joined me, I explained that we were going to learn a few new words: {on top, in front, behind, left and right}. Using one of the playing sets, I moved the LEGO man to different spots on the tower and had the boys repeat the direction words after me. 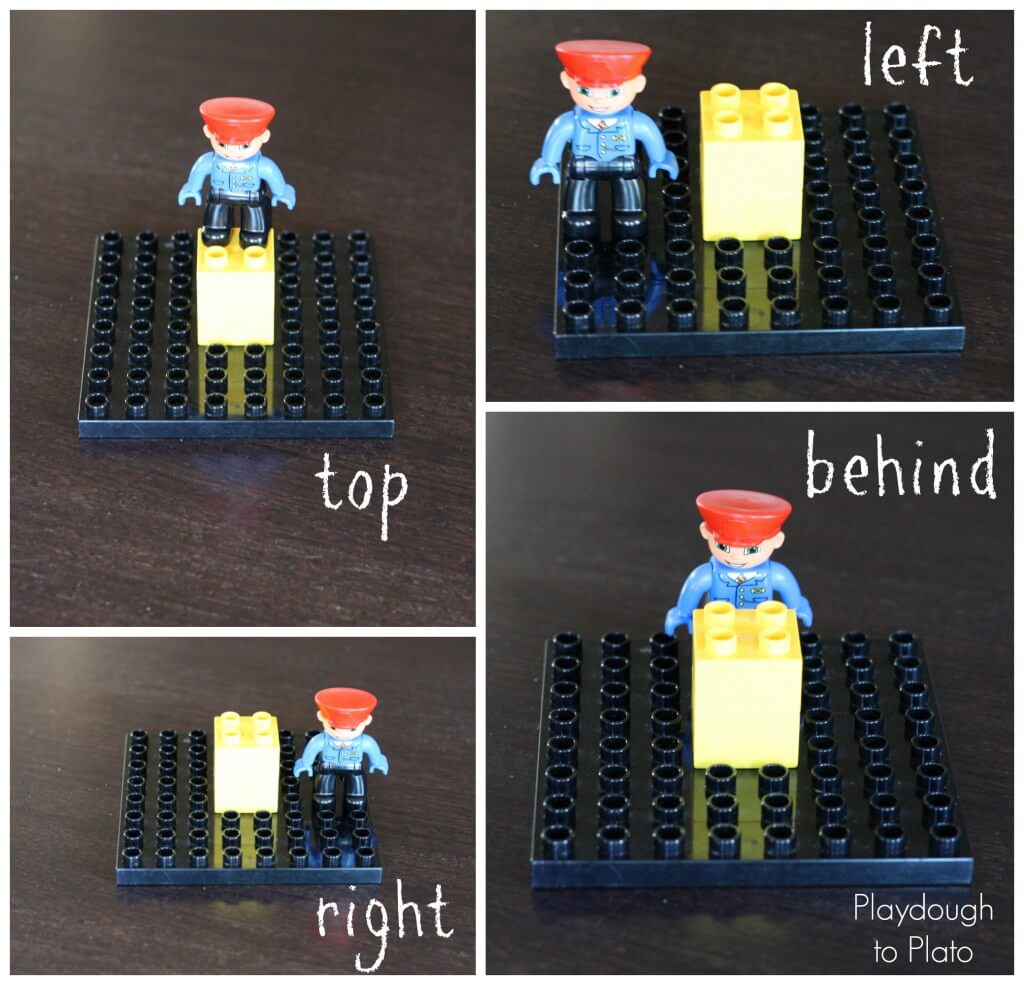 Then I had each of them practice the words on their own by moving their LEGO men to the right spot after I called out a direction.   “Place your man BEHIND the tower,” I said. The boys moved their men to the correct place…   Next came the fun! Each boy sat on a different side of the divider. Big Brother {age 4.5} moved his man to right side of the tower and called out “The man is on the right!” Then, with a little help from me, Little Brother {age 2.75} moved his man to the right side of his base. 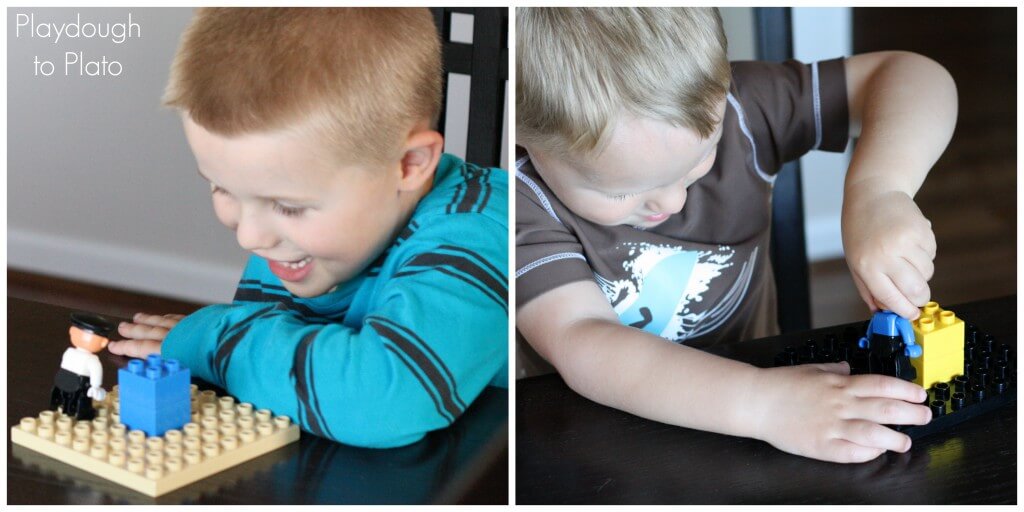 They eagerly peeked over to see if their boards matched. 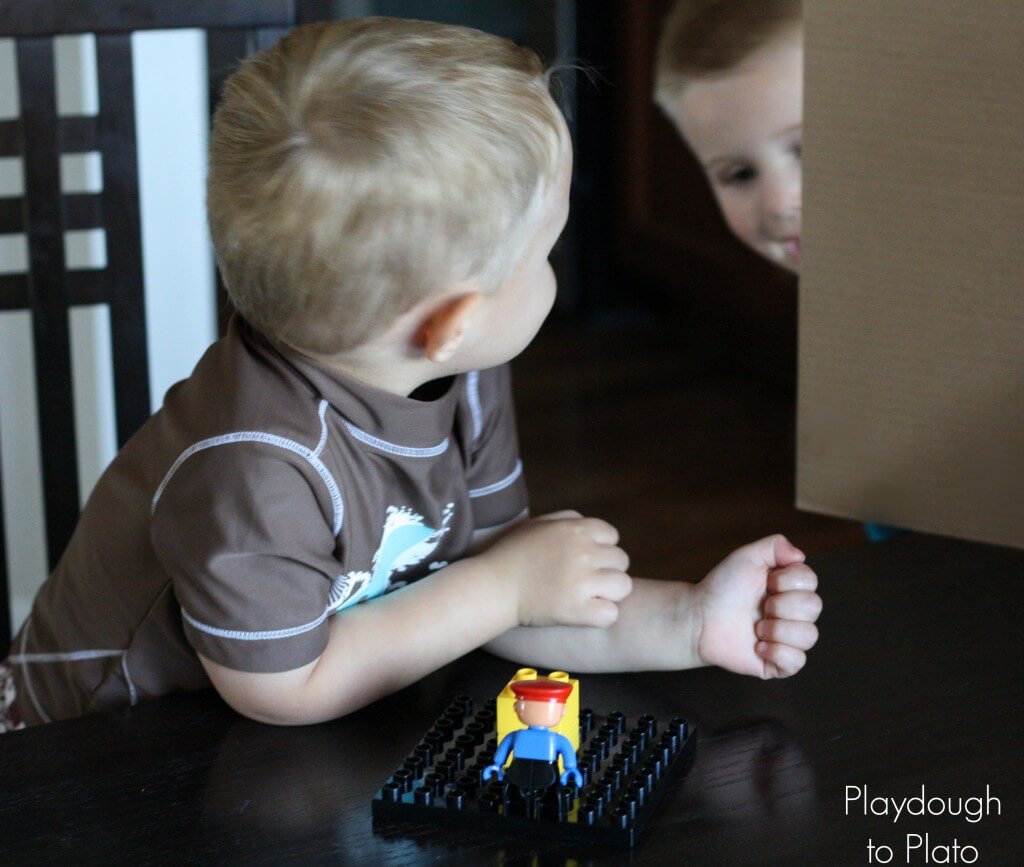 After playing several more rounds, the boys switched roles – Little Brother became the caller and Big Brother was the listener. So simple and fun!   When they were ready, I made the game a little more difficult by switching out their LEGO men and block towers for several different colored blocks. The caller arranged the blocks on his board and the listener tried placing his blocks in the same spots. The twist was a great challenge for Older Brother. 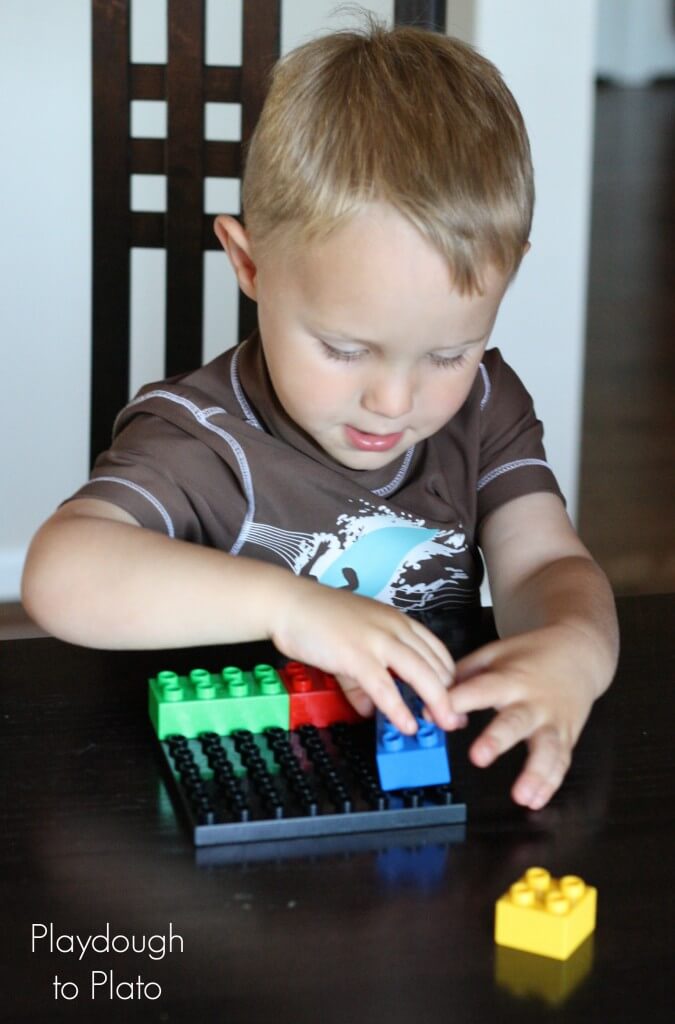 Love this LEGO game? Then join the most valuable teaching membership for pre-K, kindergarten and first grade teachers: The Plato Pack! 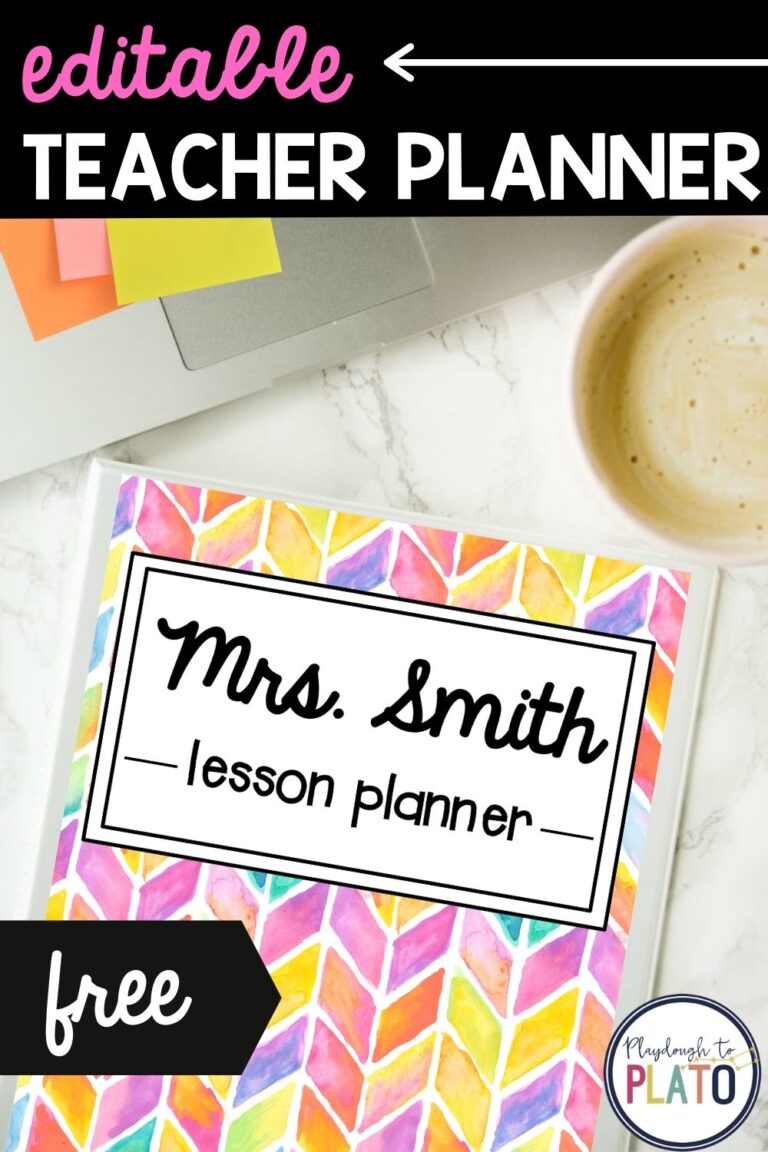 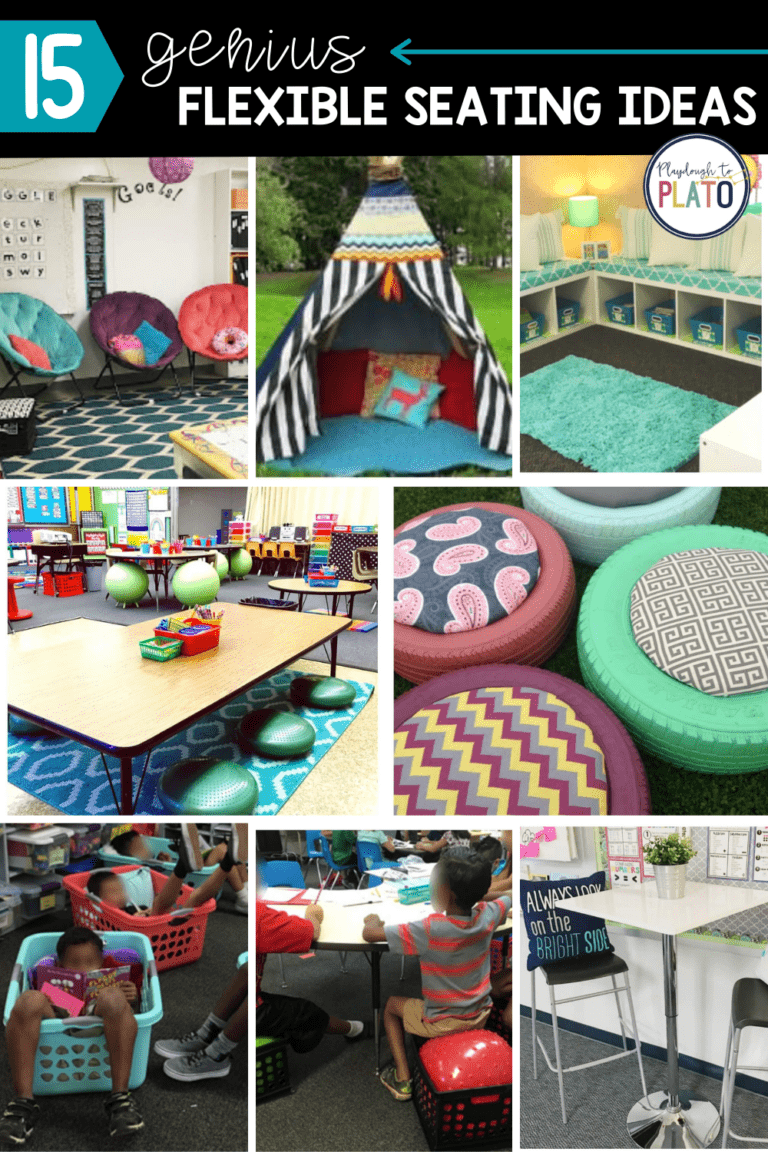 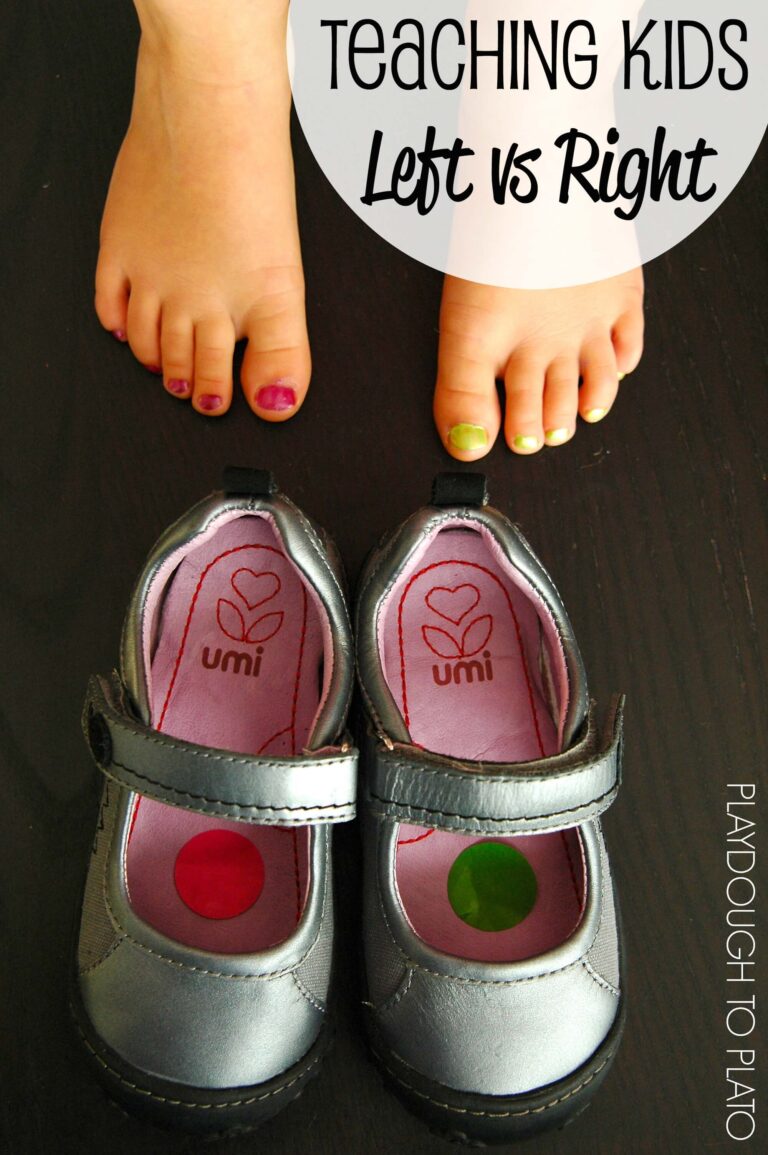 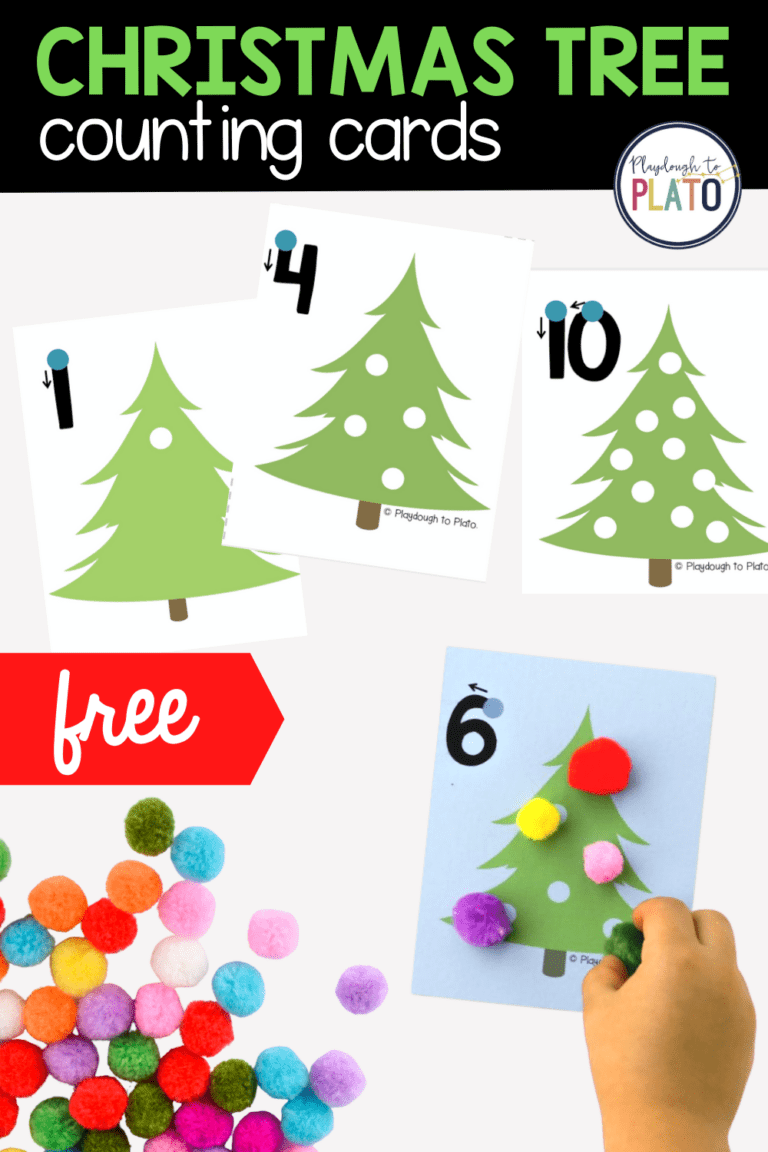 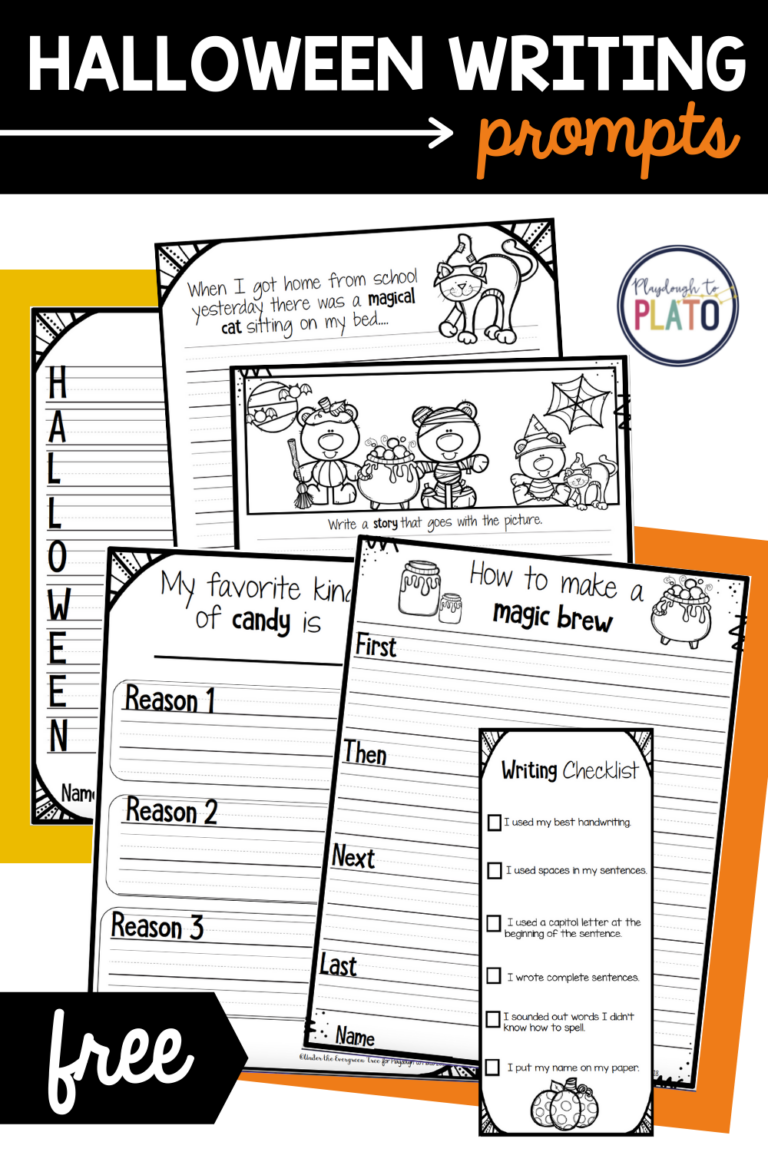 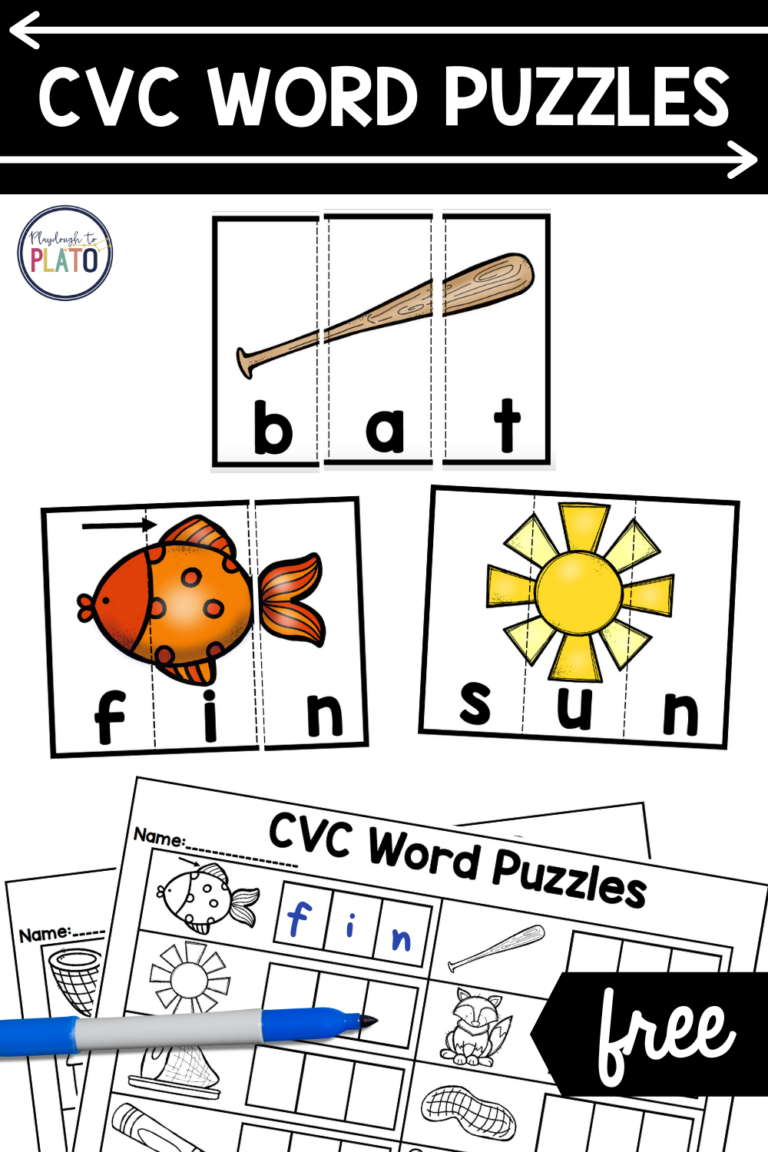