From making a rainbow in a jar to whipping up a batch of fizzy bath bombs, we’ve been doing plenty of fun kids’ science projects lately. Our newest science experiment, Magic Pipe Cleaners, is a simple prep, hands-on way to teach kids about magnetism. Grab our entire Force and Motion Activity Pack HERE! 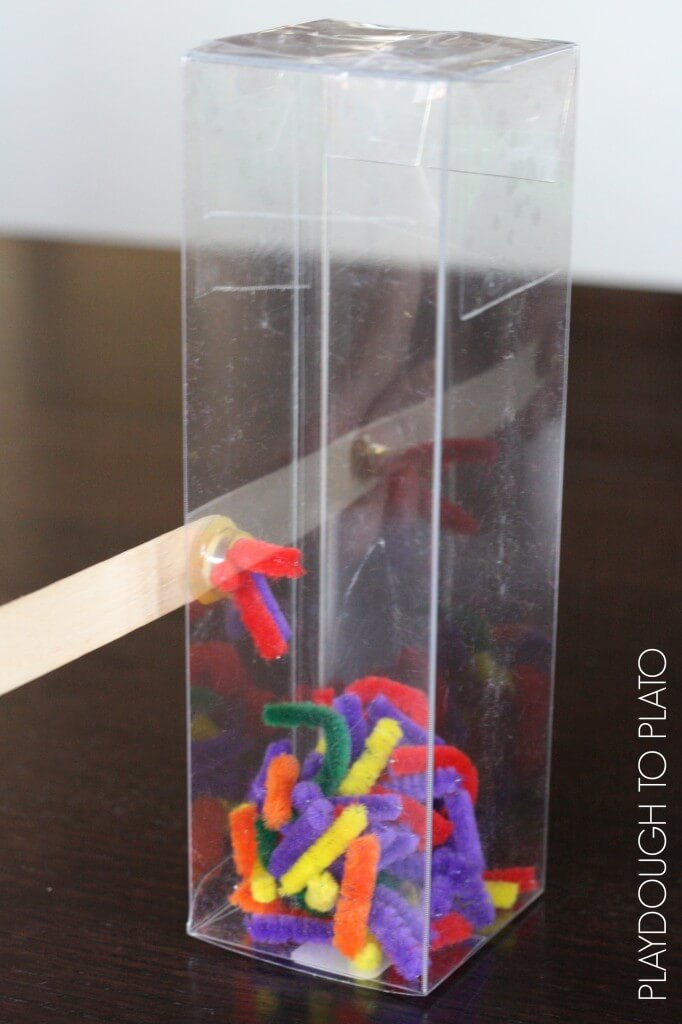 I grabbed an empty plastic box from our recycling bin and filled it with pipe cleaners I’d cut into one inch pieces. {An empty water bottle would work well too.}

I secured the top with tape to make sure that the pipe cleaners stayed inside the box. Then I used my hot glue gun to attach a fridge magnet to a wide tongue depressor, magnet side up. The stick was instantly transformed into a magnetic wand. 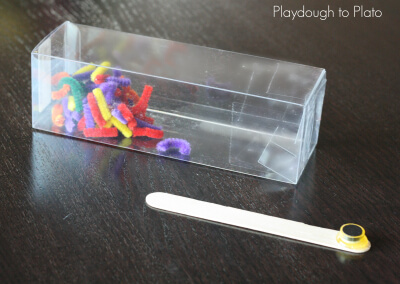 I invited my son over and carefully dragged the magnetic wand along the side of the box from bottom to top. As the wand inched up, so did several pipe cleaners.

“WHOA!!” he said. “Can I try?!” I happily handed over the supplies and watched him excitedly move the pipe cleaners around the box. He was completely fascinated. 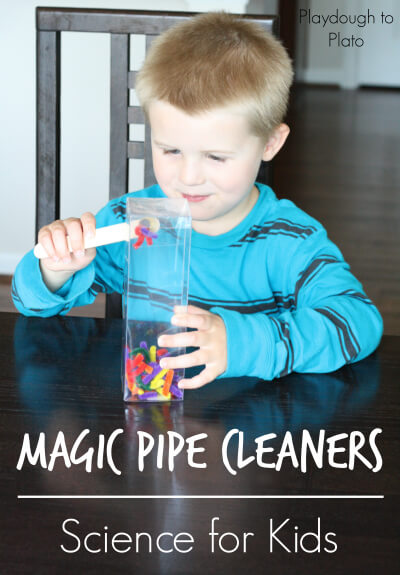 After several minutes of play, I pointed out the magnet at the end of my son’s wand. I explained that magnets attract certain types of metal – pulling them close. Since the pipe cleaners have a thin strip of metal, the magnet is able to attract the pieces and pull them around the clear plastic box.

My son was eager to run around the house finding other objects that were attracted to his magnet. Discovering that the door stopper would actually dangle from his wand was a HUGE moment. 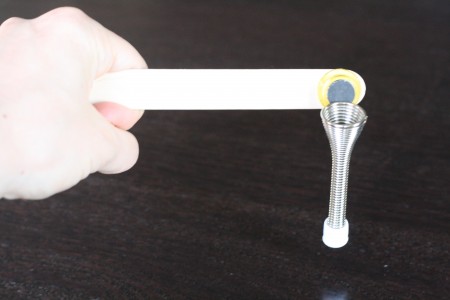 For more fun learning about force and motion, grab our complete activity pack! 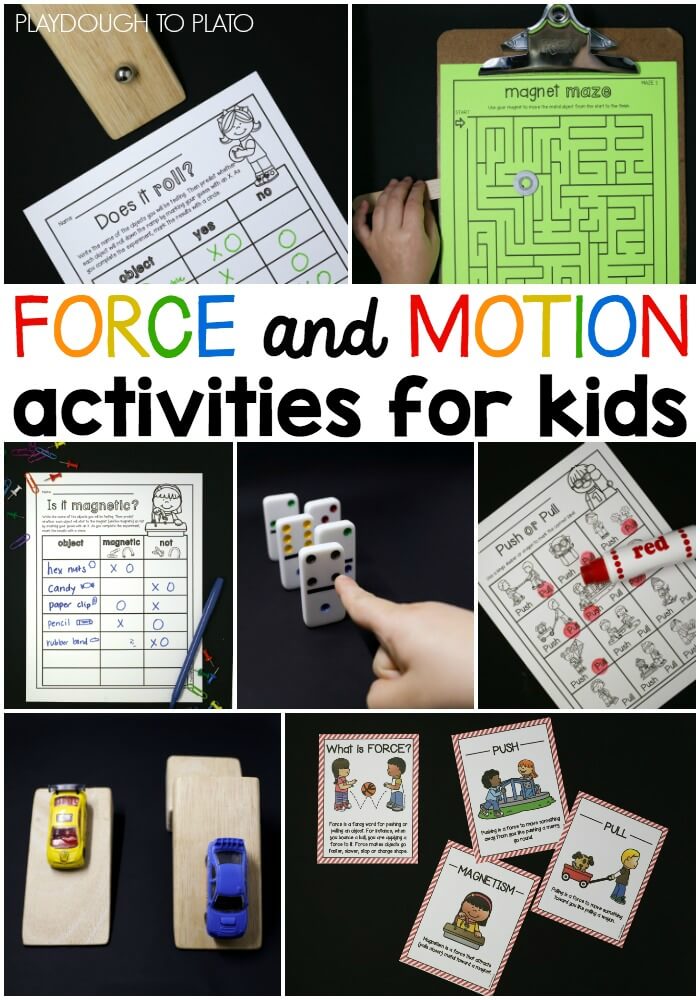