is one of our favorite alphabet books for kids. The silly rhyming story helps little readers learn the names of letters as they dance up the side of a coconut tree and then come crashing down.

One afternoon, I pulled together this simple ABC activity for my 4.5 year-old. It was a natural follow up because it gave him practice matching pairs of uppercase and lowercase letters on a miniature coconut tree… just like the one in the book! 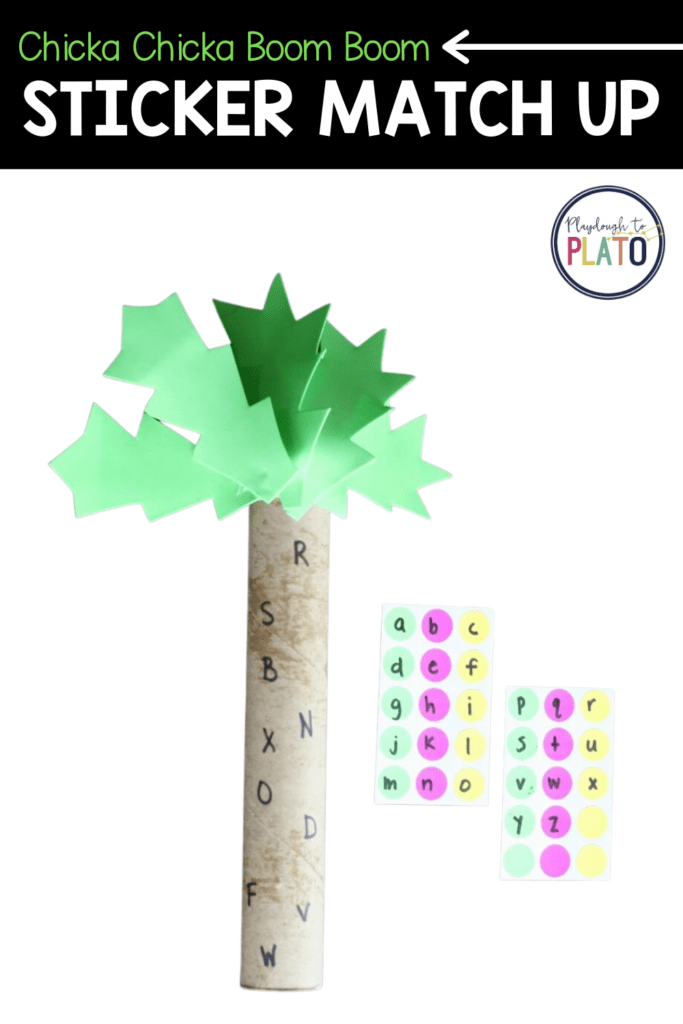 I grabbed an empty paper towel roll and used a Sharpie to write the uppercase letters A to Z along its side. Then, I cut out and hot glued some foam palm leaves to the top, instantly transforming it into a tree.

I wrote a matching set of lowercase letters on circular stickers I picked up from the dollar store and invited my son to join me. 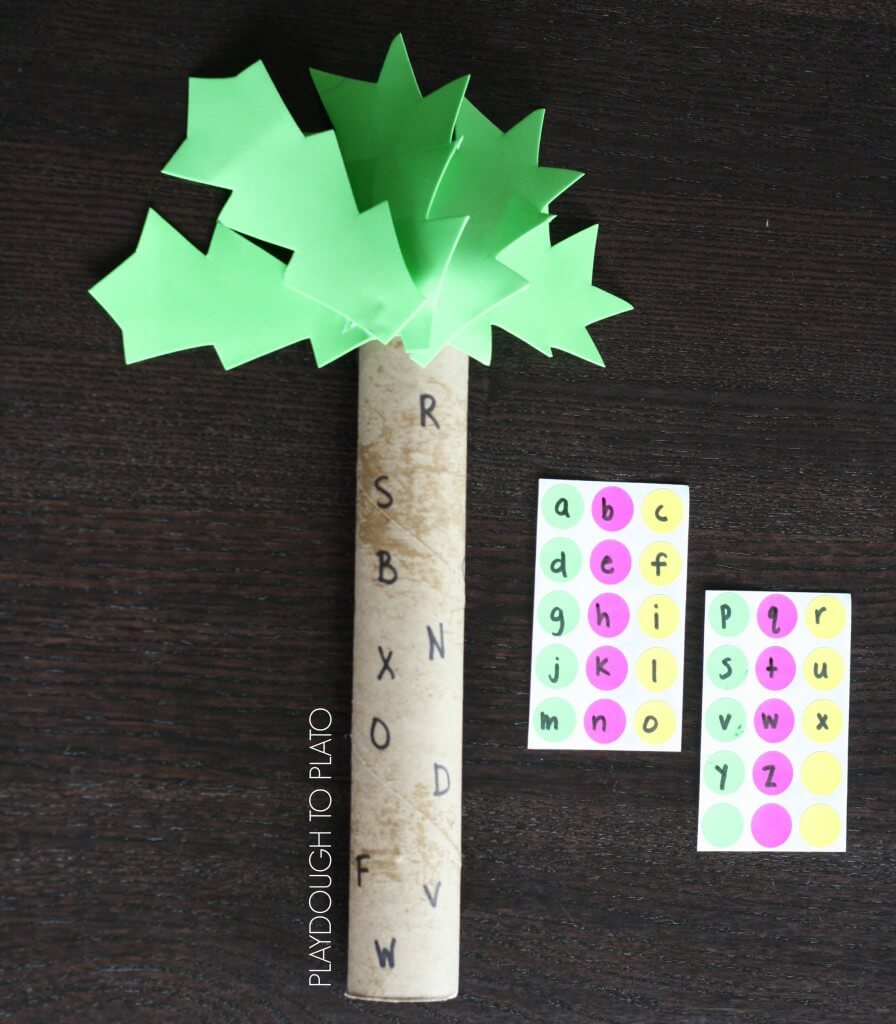 The ABC activity couldn’t get much simpler. I asked my son to take off a sticker and place it on top of its uppercase pair. He stuck the “m” on the “M”, the “c” on the “C” and so on. 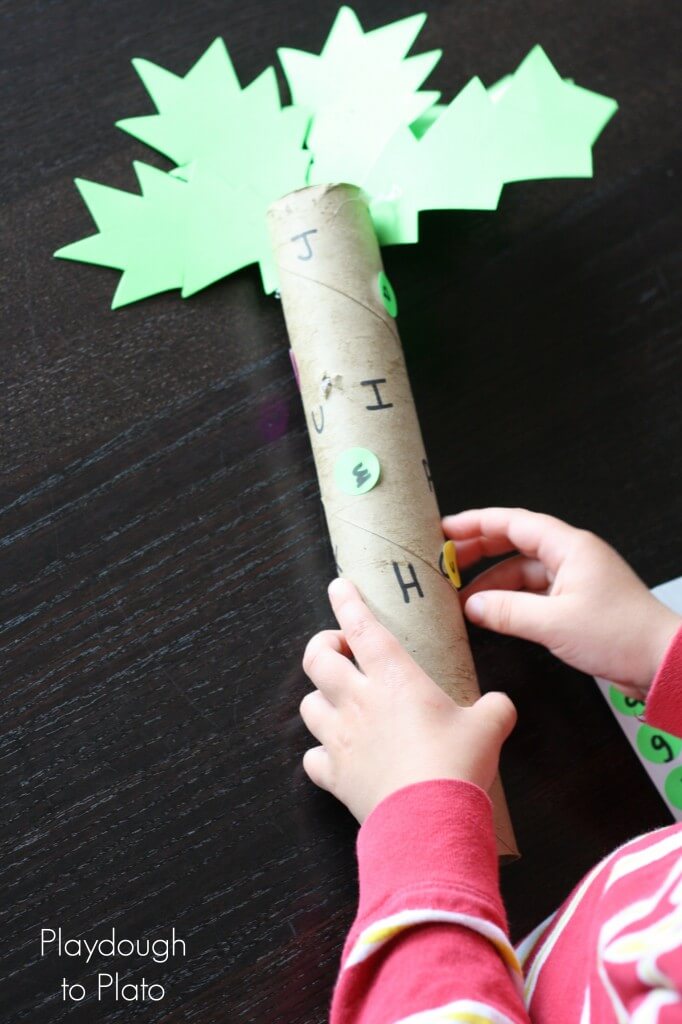 Several minutes later, HIS alphabet letters were climbing up the coconut tree, too! 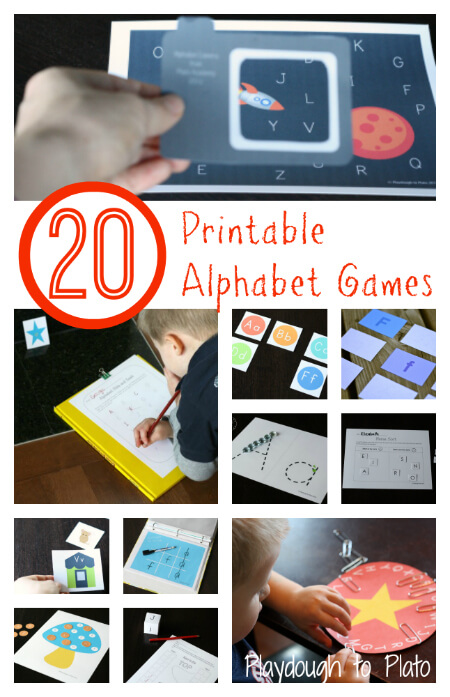