Water Cycle in a Bag

If you’re on the lookout for a simple, fun kids’ science activity, you’re in the right spot! This water cycle in a bag is a quick prep activity with a BIG payoff – my boys watched the water do its thing for days.

Check out the simple step-by-step below and then join The Plato Pack so you can access DOZENS more jaw dropping (but easy prep!) science experiments kids will love!

I grabbed a Ziploc sandwich bag from our pantry and used a black Sharpie to draw a sun, cloud and water.

Then I filled a small measuring cup with 1/4 cup of water and pulled out our blue food coloring.

Water Cycle in a Bag

Big Brother carefully unscrewed the lid to the food coloring and squeezed four big drops into the water. 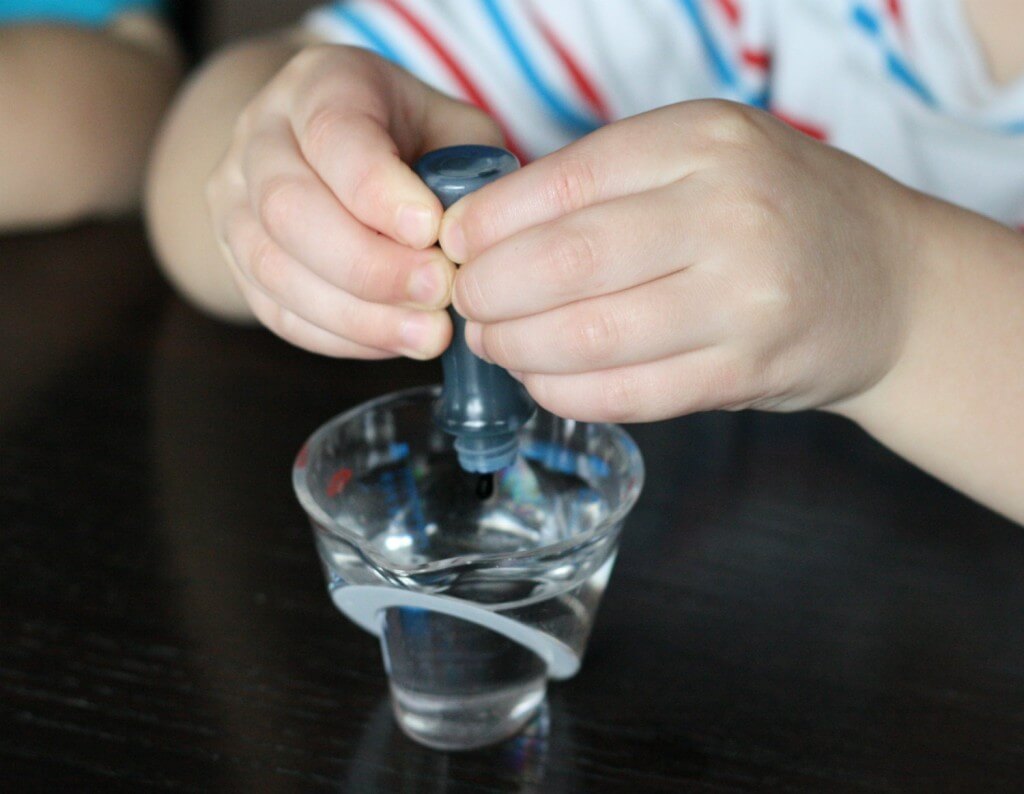 Then Middle Brother slowly poured the now blue water into the Ziploc while Big Brother held it open for him. 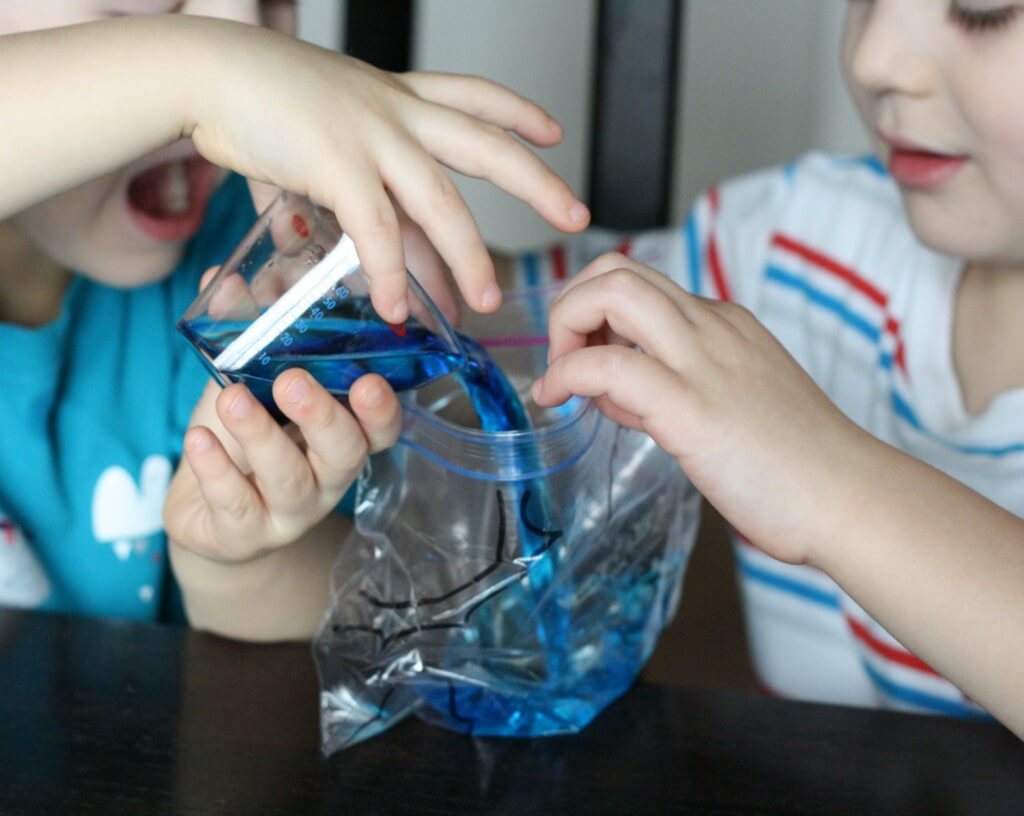 Big Brother ran his fingers along the seal several times to make sure it was closed tight and then passed the bag over to me so that I could give it a double check.

When I was certain that it wouldn’t leak, we used tape to hang the bag on the window and then sat back and watched it work.

Since the Earth has a limited amount of water, it has to change around and around in something called the water cycle.

Over the next few days, the boys saw the water warm in the sunlight and evaporate into vapor.

As that vapor cooled, it began changing back into liquid {condensed} just like a cloud.

And when enough water condensed, the air couldn’t hold it anymore and the water fell down in the form of precipitation.

In the real water cycle, rain, sleet or snow might land in a body of water like a river or ocean. But it also might fall on dirt where it soaks into the soil and either becomes ground water that animals and plants drink or it runs over the soil and falls into rivers, oceans or lakes {aka collection}.

Hop over and join The Plato Pack to get instant access.