Activity for ages 4 to 6

For many kids, the hardest letter sounds to learn are those tricky vowels: A, E, I, O, U and sometimes Y. Every word in English has at least one, so tackling them is uber important but, MASTERING them…. well, that can be a long road for some. 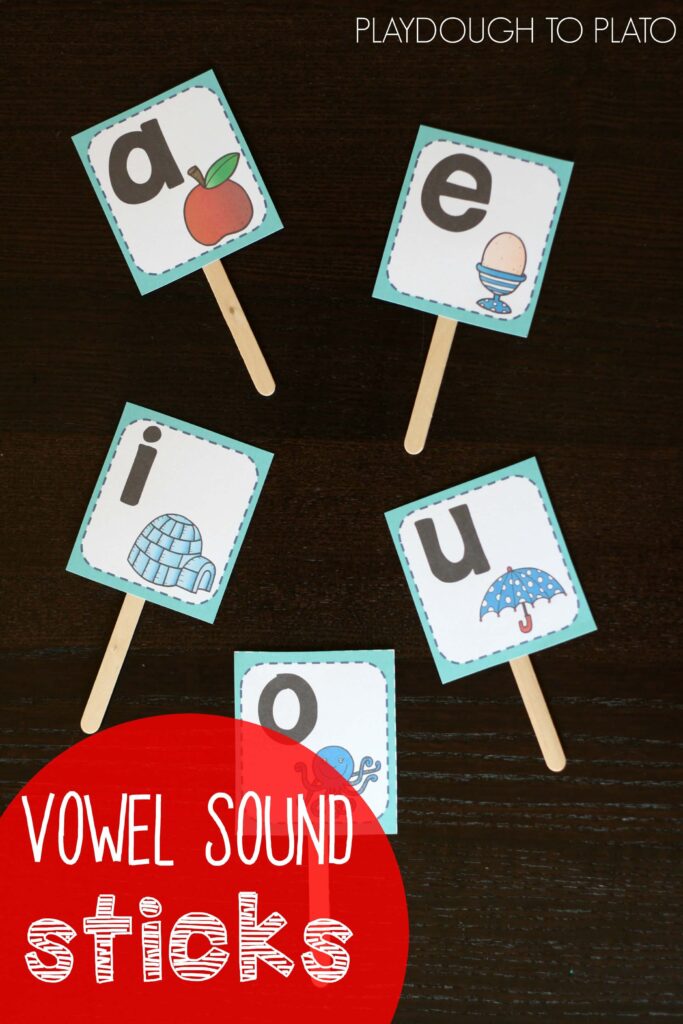 The prep for these vowel sound sticks was as quick and easy as it comes. I printed two copies of the free download {HERE} on cardstock to give it extra durability and then cut apart the cards. {One set was for my 5.5 year old and the other batch was for my 3.5 year old.}

If I was going to use the cards in a classroom, this is the stage when I would have laminated the set but, since, I was using them with my kids at home, I skipped laminating and jumped straight into hot gluing a craft stick to the back of each vowel. 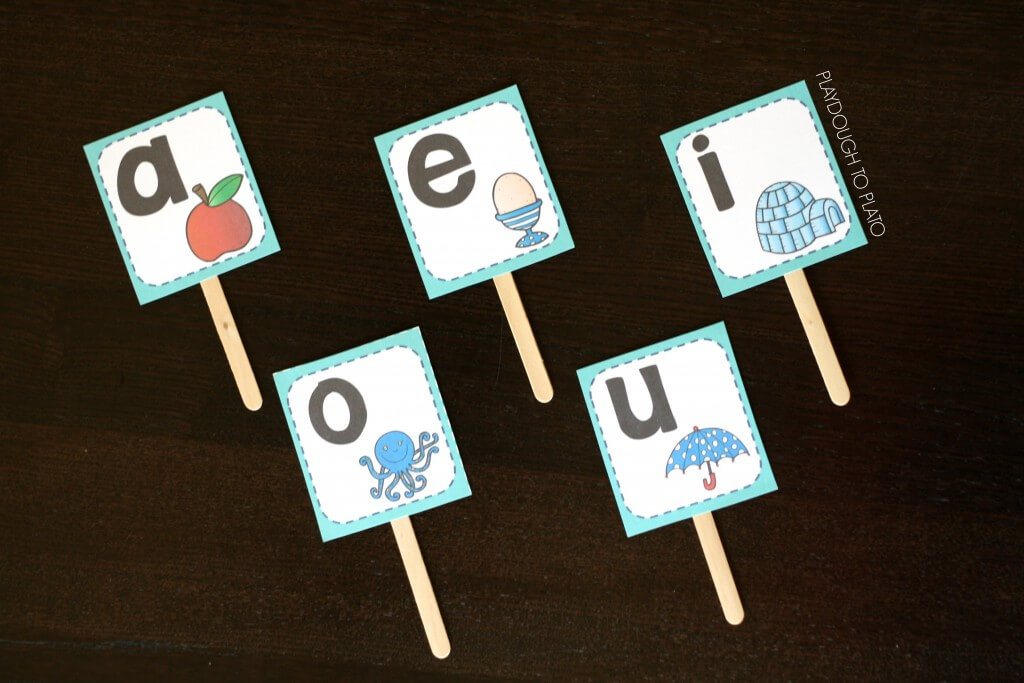 Once the vowel sound sticks were ready to go, I invited my boys to join me. I placed the cards in ABC order and helped my youngest practice the names of the letters by singing a silly vowel song sung to the tune of BINGO:

“There are some special letters and vowels are their name-o:

Each time I said the name of a vowel, I gently touched the matching vowel stick with my finger so that he could easily see what the letter looked like.

We repeated the song several times together so that he could practice touching the corresponding cards too. 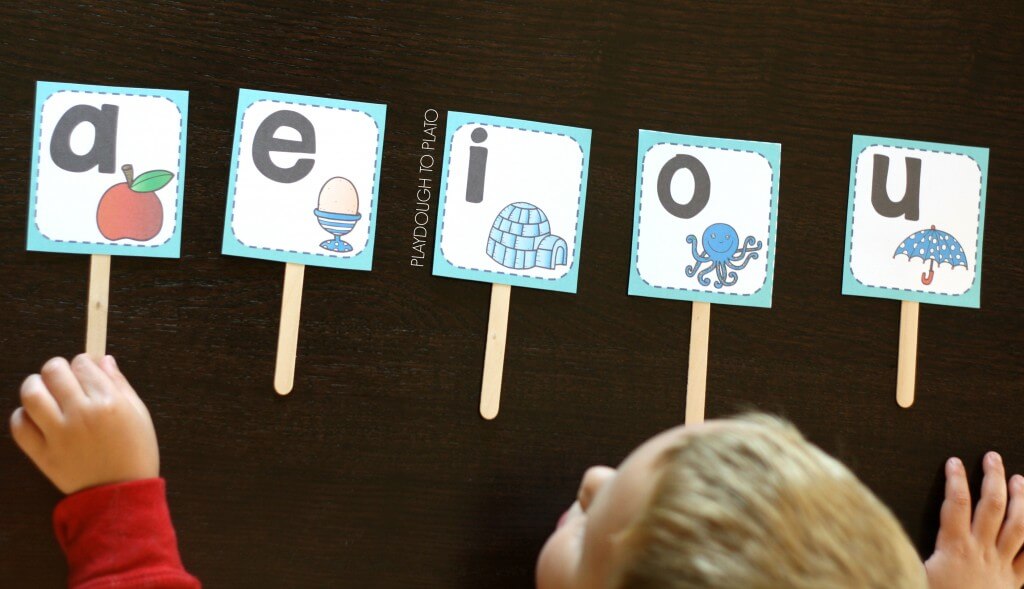 Next, we were ready to start working on vowel sounds. The boys were sitting across the table from me so they could easily see my face. I held up one card at a time and said the name of the letter, the word that starts with that letter, and the letter sound 3 times. For instance, with the A card I said, 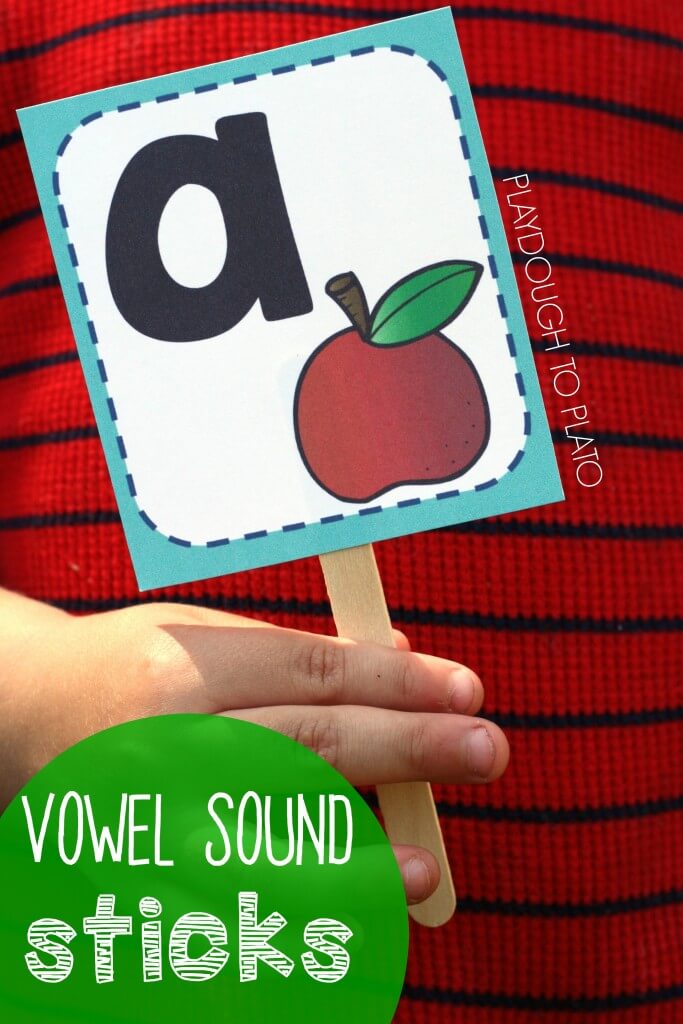 I had them closely watch my mouth so they could see how wide it was when I made the /A/ sound. Then I had them turn to each other and practice making the sound with their mouths too.

When they were ready, I called out a vowel sound and had them pick up the matching stick. Big Brother {age 5.5} nailed it every time but the practice was trickier for Middle Brother {age 3.5}. So sometimes I’d repeat the sound slowly and go down the line of cards, naming the picture on each one, to find a word that started with the same sound. For example, when he was hung up on the /E/, I said,

For beginning readers, it’s often helpful to start with just two vowels at a time. The very different sounding /I/ and /O/ are great choices. As kids become better at differentiating, you can slowly add in more sounds until they’re working on all five at once.

With some hands-on practice, kids will be tackling those tricky vowel sounds in a jiffy.

On the hunt for some rockin’ guided reading activities? Check out our Guided Reading JUMBO Bundle packed with 600+ pages of engaging activities. 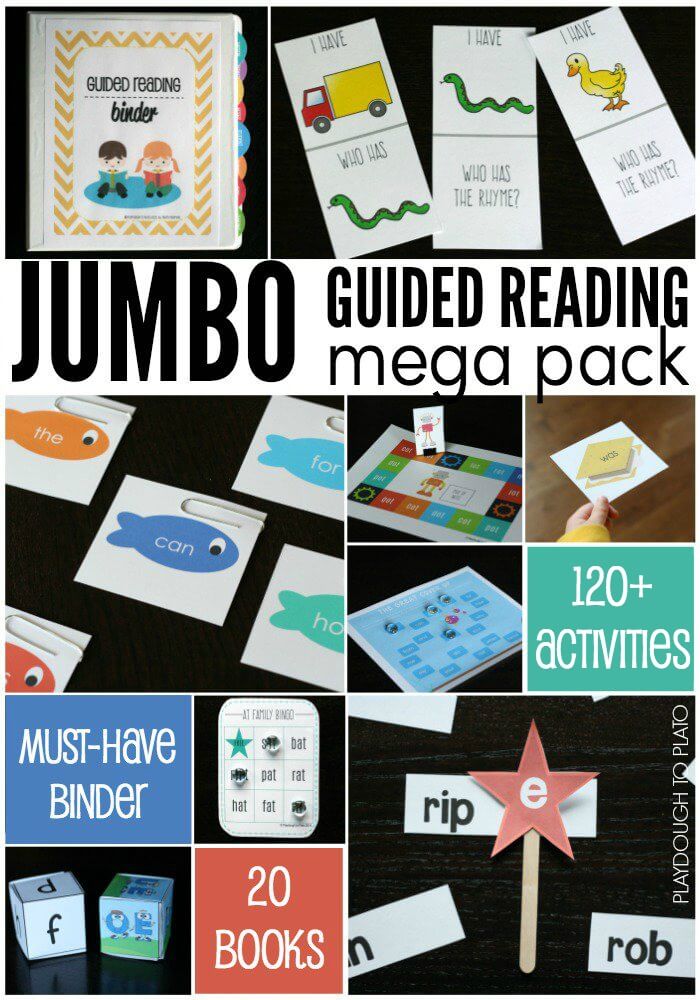