To show children just what plants do with all the H2O we give them, I added a little twist on a classic kids’ science experiment by dyeing a single flower not one but TWO colors. I have to say, this was a whole lot tricker than I had anticipated but the results made the struggle worthwhile!

P.S. Grab printable directions and a record sheet for these bicolor flowers (plus 10 other plant life cycle activities!) in our shop or on Teachers Pay Teachers. 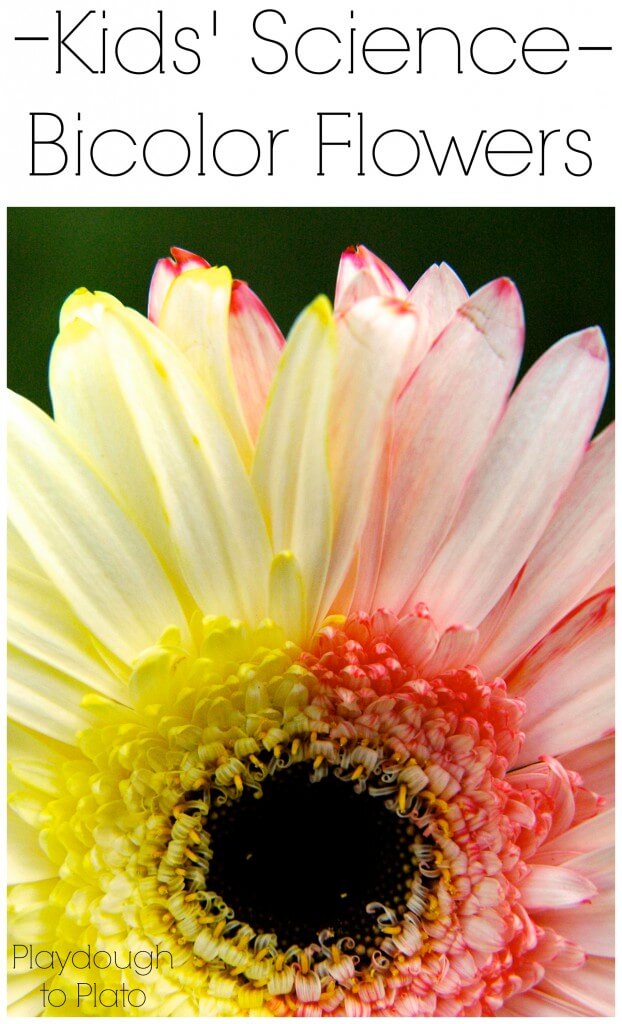 To start, I gathered a few supplies: 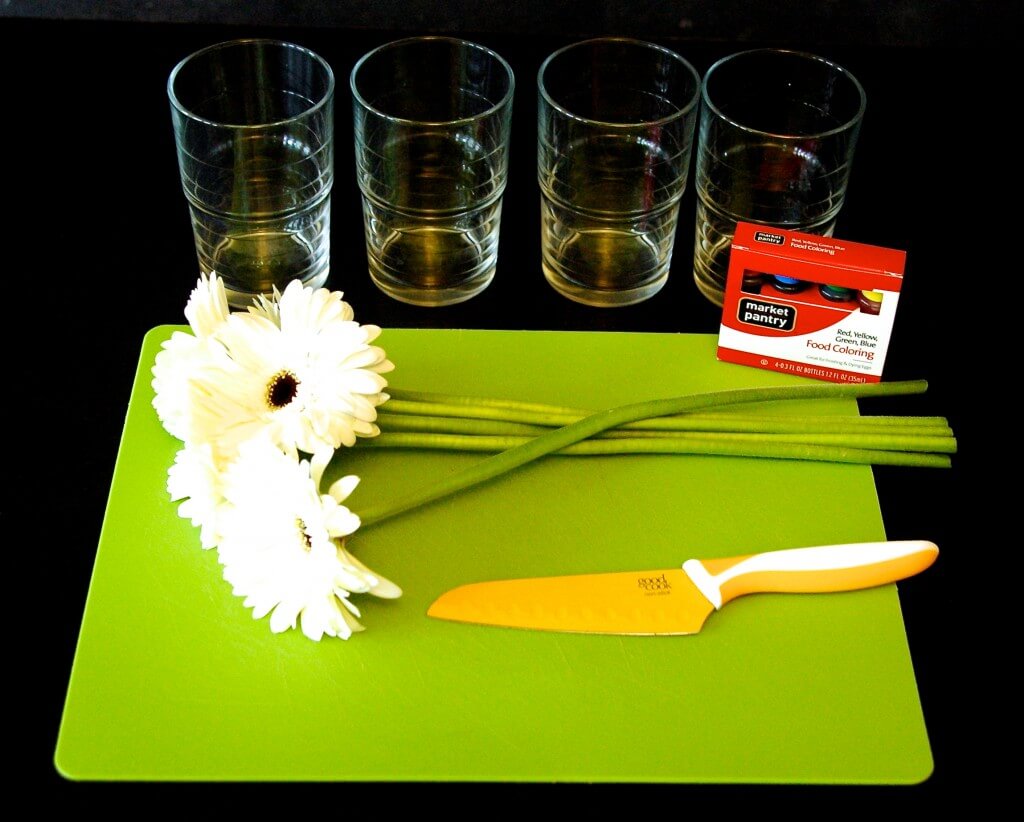 First, I filled the four glasses with water and asked my daughter, A, to squeeze 30 drops of dye into each glass.  We decided to make the first glass red, the second yellow, the third blue, and the final glass red again.  We wanted to see if the primary color dye would mix in the petals to create a secondary color. 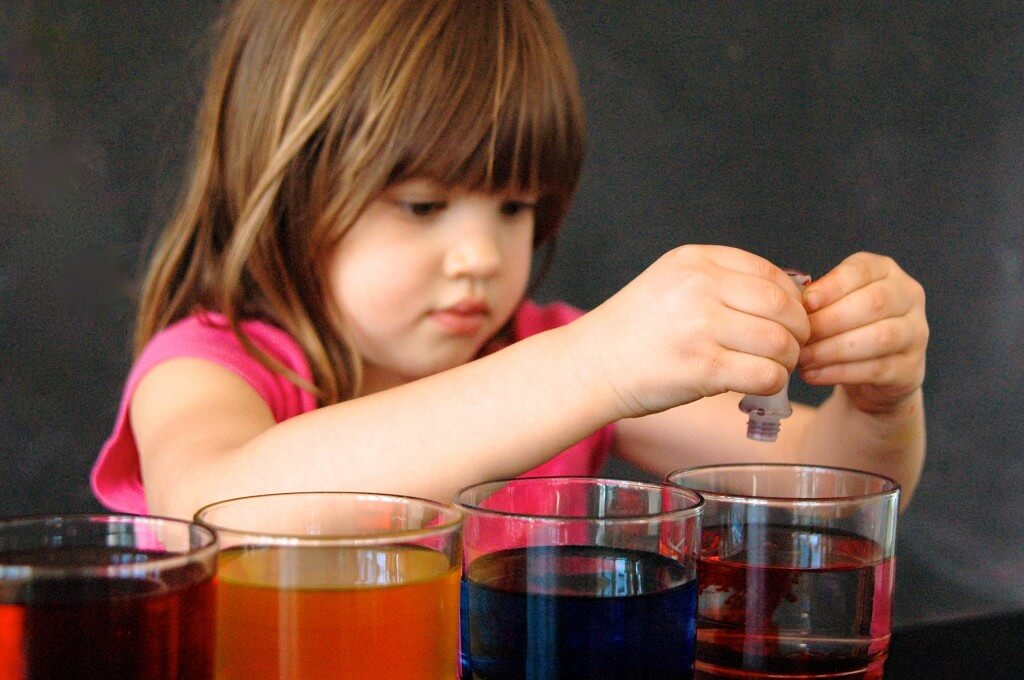 After I trimmed the flowers to fit in the glasses, I very carefully cut the stems up the center of the stem.  This was easier said than done and I’m glad the bunch of flowers I bought came with extras to cover my mishaps.  I discovered that the thicker stems of the Gerbera daisies were the easiest to cut.  {Our chrysanthemums didn’t work as well.} And I made sure not to cut much longer than the length of the glass.  I didn’t want the stem that was out of the water to dry out and stop transporting water. 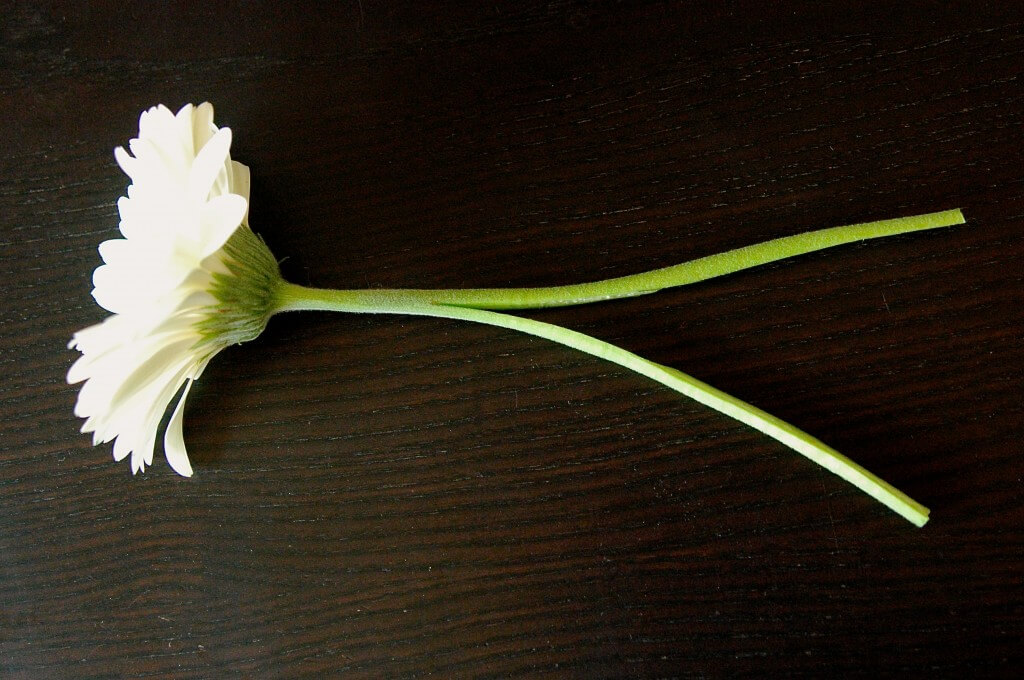 When the stems were cut, my daughter gently placed each flower into the dyes, putting one side of the stem in one cup and the other side into another cup.  Now all we had to do was wait.  {I recommend starting in the morning so you can observe the changes throughout the day.}

I asked my daughter to predict what was going to happen.  She correctly guessed that the flower would “suck up the colored water”, but she didn’t expect the dye to affect the flower color.  When I asked if she thought the different dyes would  “suck up” at the same speed, she predicted her favorite color, red, would be the fastest.

It took less than an hour to start seeing dye in the very tips of the petals.  Several hours later, we could clearly see the colors – especially in the center. We were all pretty surprised at how quickly transpiration happened. 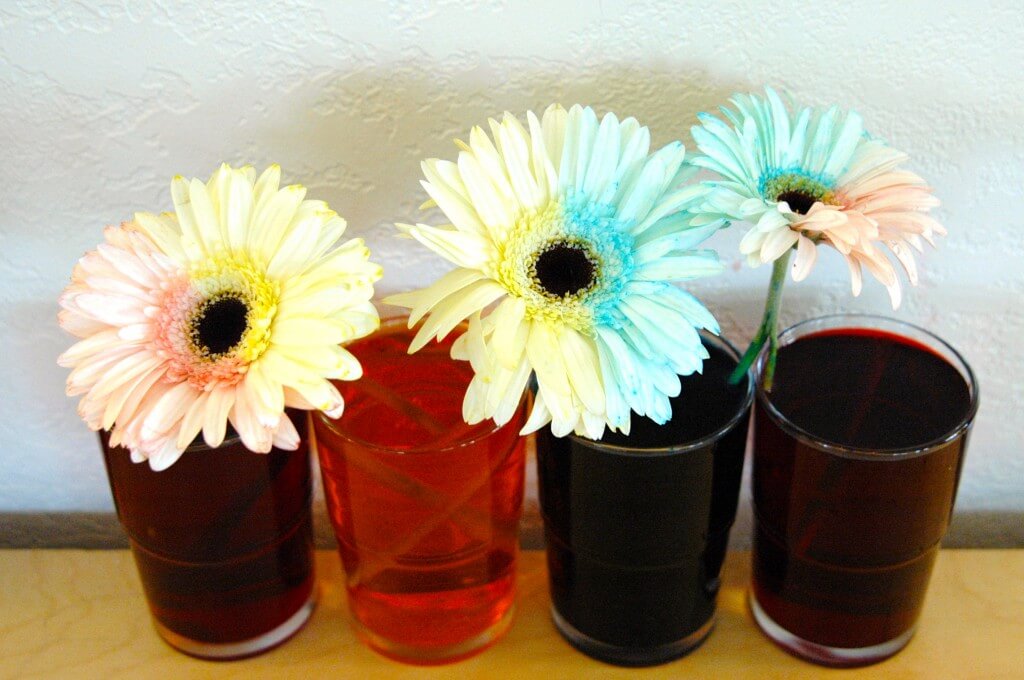 The blue dye transpired the quickest, followed by the red, which disappointed A. {Her favorite color wasn’t the fastest after all.} We left the flowers over night and awoke to find the colors had reached most of the petals.  The flowers were pretty much half one color and half the other, with no mixing of colors. We decided to leave the flowers for a few more days to see what would happen.

“They are so bright!” A shouted when we checked on them later in the week. 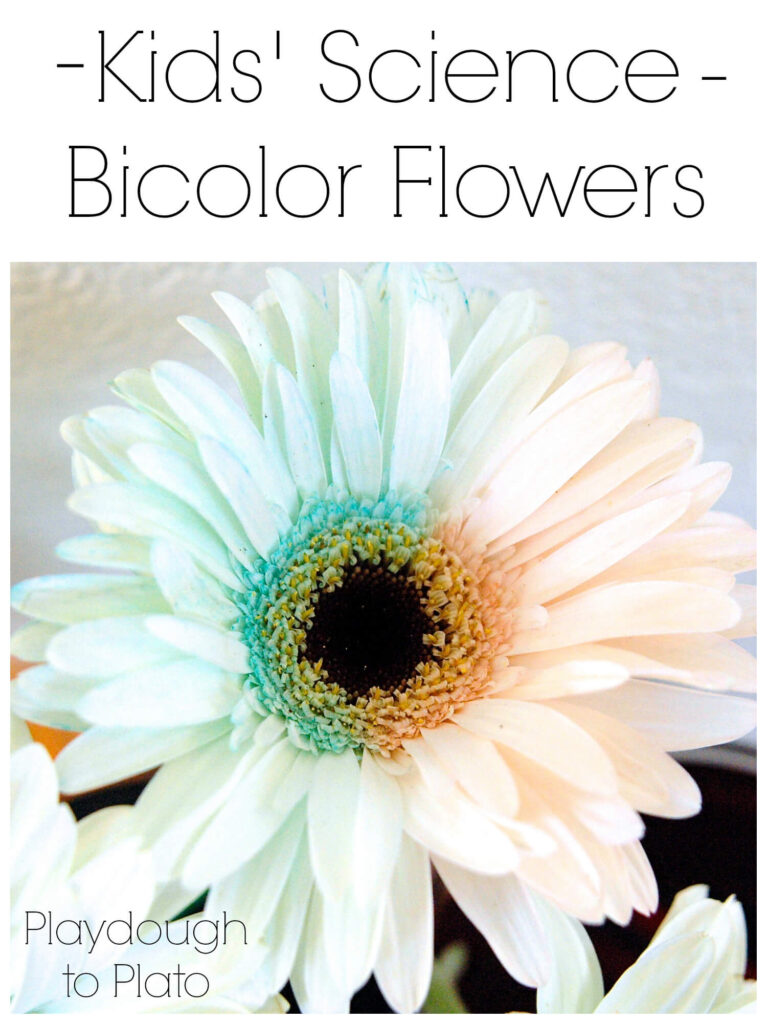 I removed the flowers so my daughter could examine them.  After looking closer, she noticed there was a slight mixing of colors between the two halves.

“Green!  The blue and yellow made green!” she exclaimed.

Initially plants “drink” water through their roots.  Once inside the stem, tiny tubes called xylem that run up the stem transport the water to the plant’s leaves and flowers.  The water can travel up the xylem because of a few processes: transpiration, cohesion, and capillary action.

The “pull” or cohesion between water molecules happens because water molecules like to stick to each other and to the xylem.  Capillary action, the ability of a liquid to flow in narrow spaces against gravity, occurs in plants because water is attracted to the sides of the tiny straw-like xylem and to each other.
By splitting the stems we showed how the xylem run all the way from the bottom of the stem to the petals of the flower.

Grab printable directions and a record sheet for these bicolor flowers (plus 10 other plant life cycle activities!) in our shop or on Teachers Pay Teachers! 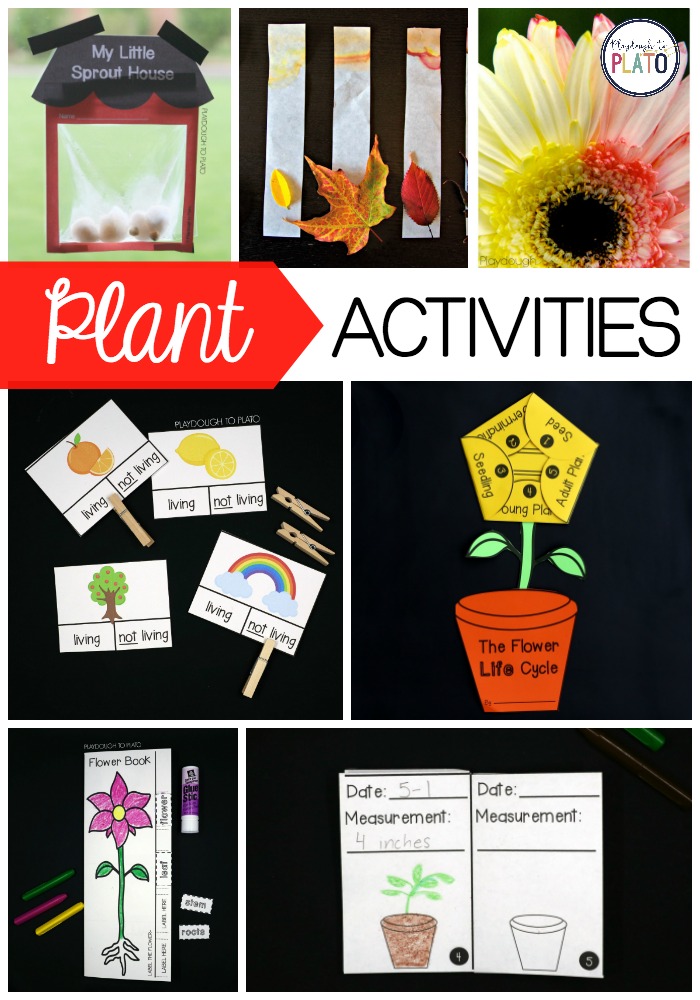